RIO DE JANEIRO, Jun 19 2012 (IPS) - The natural resources of currently buoyant Latin America could be significantly depleted in less than a generation. Combined with the fact that this is the region with the greatest income inequality between the rich and the poor, the outlook might appear disastrous.

But the warning, voiced by the World Bank, is not meant as cause for despair.

In a report published for the United Nations Conference on Sustainable Development (Rio+20), the World Bank maintains that in order to avoid a collapse, the region needs to adopt a range of environment, social, productive and urban planning policies. 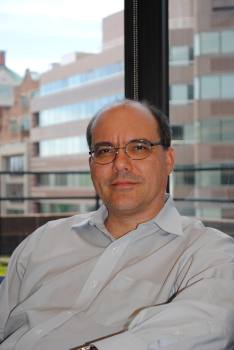 “Many of the answers to the challenge of how to grow in sustainable and inclusive ways lie within the region’s own experiences,” states the report “Inclusive Green Growth in Latin America and the Caribbean”, produced by the World Bank Sustainable Development Department for the region.

There are “powerful antidotes”, many of them locally grown, to the ailments of the regional model of growth, the report stresses. Emphasis is placed on “practical solutions” that can be adopted in the short decision-making cycles of governments and companies, the director of the department, Ede Jorge Ijjasz-Vásquez, told Tierramérica.

“When we talk about sustainable development, the usual reaction is, ‘Oh, yes, that will be in 10 or 20 years’” said Ijjasz-Vásquez, a Colombian national who describes himself as “one of the few hydrologists at the World Bank.”

Q: What is the difference between sustainable development and the “inclusive green growth” proposed in this report?

A: It has to do with the reaction to the words. When we talk about sustainable development, the usual reaction is, “Oh, yes, that will be in 10 or 20 years.” In Latin America we have had a decade of rather accelerated growth, and the decisions of countries and individuals in these situations have both an immediate and long-term impact.

When there is growth of four, five, six or seven percent a year, the way that infrastructure is built and water resources are managed, or the way cities grow, have an immediate impact and an impact for future generations. If you build a highway and make a mistake, you cannot build it over again. Highways last for 15 or 20 years. Electric power plants last for 30, 35 or 40.

So, the idea of inclusive green growth is to try to integrate environmental and social dimensions into today’s decisions on this rapid and necessary growth. It is a pathway to sustainable development in the medium term.

Q: Growth is measured by gross domestic product (GDP). In a region that is growing due to the enormous external demand for raw materials, to what extent can GDP growth be green and inclusive?

A: Patterns of production and consumption, especially in the developed countries, follow inefficient and polluting trajectories. There are not enough resources on the planet for this. But we have learned from the developed economies that the policies and decisions of individuals and households have an enormous impact.

In many states in the United States, personal water consumption is as high as 400 or 500 liters a day, whereas in Europe it is 100 to 120 liters, and you cannot say that Europeans are going thirsty.

The developing countries need to advance, there is no doubt of that, but there are different means and trajectories for advancing. They need to develop agricultural sectors that are clean, efficient and more resistant to natural disasters. This is much more productive and requires less land.

Q: One debate at Rio+20 is the need for better indicators than GDP to measure national progress.

A: We are taking a natural resources accounting programme that expands the definition of GDP to Rio+20.

We have a couple of pilot programmes in Colombia and Costa Rica. A number of countries have worked on this, with different methodologies, from Brazil to Mexico, and we are trying to set up a platform for exchange, ideally with 50 countries and 50 big private companies, to test and expand this definition.

Many studies indicate that countries lose between three and nine percent of GDP through environmental impacts.

Q: According to the report, 81 percent of the population of Latin America lives in cities…

A: Urbanisation is not bad in itself. Part of economic growth is very closely tied to the efficiency achieved with urban agglomerations, and that efficiency leads to greater growth in the agricultural sector to feed the cities. The problem is how cities are organised: if they are scattered, if they are not dense, then they are not efficient, either.

Intermediate cities, with a million or fewer inhabitants, are the ones growing the most, and there are still many problems that can be solved in them, with policies on compact land use and transportation, combined so that growth is concentrated around the most important public transportation corridors. Another important variable is the capacity to withstand natural disasters.

Q: The electrical power sector in the region generates the least carbon dioxide emissions in the world, due to the share of hydroelectricity. But the report forecasts that these emissions will double by 2030, and that Brazil’s will increase almost eight-fold. Why?

A: It has to do with plans, but also with the decisions that are being made due to the urgent need to increase electricity generation. Many hydroelectricity projects take time, and sometimes because of a lack of planning they cause social conflict.

There are countries that are increasing the share of fossil fuels in their energy mix. There is great potential for hydroelectricity, but the challenge is to develop it from the beginning looking at environmental and social variables in a much more efficient and structured way.

Q: The section on natural resources and rural services talks about agriculture and its relationship with deforestation, but makes no mention of mining and hydrocarbons.

A: That was one of the comments. We hope to improve the second version of the report. Part of what we want to do at Rio+20 is to talk with civil society, companies and governments, and ensure that this is not the last word, but rather part of a learning process.

We will try to gather a few mining experiences that are more positive. There is a wide diversity of policies. Some are very good from an environmental and social perspective, and there are companies that take them very seriously. This is one of the chapters that we hope to work on in the second edition, after Rio.