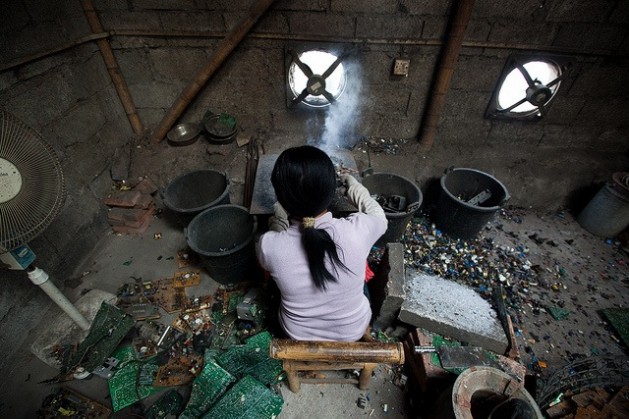 Whereas in the 1980s and 1990s their average growth was barely higher than that of advanced economies (AEs), from the early years of the 2000s until the global crisis, the difference shot up to five percentage points. It widened further during 2008-11 with the collapse in AEs.

Although there is diversity, the acceleration is broad-based with all developing regions enjoying faster growth than in the past. The notable exception is China, which has grown in the new millennium at broadly the same (albeit rapid) pace as in the 1990s.

This divergence has widely been interpreted as the South “decoupling” from the North. However, the evidence does not show the desynchronisation of cycles between developed and advanced economies, and deviations of economic activity from underlying trends continue to be highly correlated.

The more significant question is whether there has been a durable shift in the trend growth of the South relative to the North. Such a view is widely held, including among policy makers in DEs. However, a closer look suggests that the growth surge in the South owes as much, if not more, to exceptional and unsustainable global economic conditions as it does to improvements in their own fundamentals. There is, consequently, no room for complacency in policy circles in developing countries.

Until the financial crisis hit in 2008, the credit, consumption and property bubbles in the industrialised North, particularly the U.S., generated a highly favourable global environment for emerging countries in trade and investment, capital flows and commodity prices.

At least one-third of pre-crisis growth in China was due to exports, mostly to AEs, and the ratio is even higher for smaller Asian export-led economies.

There is a strikingly strong correlation between property booms and current account deficits both in the U.S. and other countries that have subsequently experienced financial turmoil. China’s accession to the WTO also provided a major impetus to outsourcing and exports to AEs by removing uncertainties surrounding its access to the U.S. market.

From the early years of the 2000s, historically low interest rates and rapid expansion of liquidity in the U.S., Europe and Japan triggered a search for yield and a boom in capital flows to DEs.

This was supplemented by a surge in workers’ remittances, which amounted to over 25 percent of gross domestic product (GDP) in some smaller countries but exceeded three percent of GDP even in India. Commodity prices also rose strongly, largely thanks to rapid growth in China driven by exports to advanced economies.

The boom was accentuated as financial investors started to diversify into commodity-linked assets and search for yield in commodity markets. On some estimates, Latin America would not have seen much growth over the last decade had terms-of-trade, dollar interest rates and capital flows remained at the levels of the late 1990s.

With the subprime crisis the international economic environment deteriorated in all areas that had previously supported expansion in DEs. Capital flows and commodity prices were reversed and AEs contracted.

However, emerging economies showed resilience and were able to rebound quickly, particularly where a strong countercyclical response was made possible by favourable payments, reserves and fiscal positions built-up during the preceding expansion.

As a result, the growth impulse in some leading Southern economies has shifted to domestic demand, including in countries that had previously been export-led.

China has played a key role, launching a massive stimulus package in infrastructure and property investment. Because of its high commodity intensity, this investment-led growth has given an even stronger boost to commodity prices than the pre-crisis export-led growth.

Capital flows also recovered briskly thanks to sharp cuts in interest rates and quantitative easing in AEs in response to the crisis. They have been more than sufficient to meet growing deficits in several major DEs including India, Brazil, Turkey and South Africa.

For several reasons the exceptional growth enjoyed by the South over the past ten years is unlikely to be sustained over the medium term. First, returning to the extremely favourable international economic conditions prevailing before the global crisis is precluded by the large adjustments now facing the AEs.

Indeed, efforts to move policy back to “business as usual”, with the U.S. acting as a locomotive and running growing deficits, would seriously destabilise the international trading and monetary systems.

But nor can the post-crisis domestic demand-driven growth be maintained for long. There are already strong signs of deceleration. China’s strategy of offsetting the slowdown in exports to AEs with accelerated investment cannot work indefinitely.

It needs to shift to consumption-led growth, lifting private consumption from its “wartime” level of some 35 percent of GDP. Doing so will entail overcoming political hurdles since it will require significant redistribution of wealth and income.

Even a moderate slowdown in China, towards seven percent, could bring an end to the commodity boom, threatening growth prospects in a number of Latin American and African countries.

Moreover, the risk-return configuration that has sustained the surge in capital flows to DEs, notably the historically low interest rates and rapid liquidity expansion in AEs, cannot last forever. The most vulnerable are those that have so far enjoyed the twin booms in commodity prices and capital flows.

Most DEs need to overhaul their development models in order to sustain the kind of growth they have enjoyed over the past ten years.

The export-led Asian economies need to reduce their dependence on consumers in AEs by expanding domestic and regional markets.

Commodity exporters need to reduce their reliance on capital flows and commodity earnings ­the two key determinants of their growth, which are largely beyond national control. These call for a genuine departure from market fundamentalism and neoliberalism both in macroeconomic and structural policies.