Mario Osava interviews PEPETELA, one of Angola's most prominent writers

LUANDA, Nov 19 2012 (IPS) - A visitor to Angola might be surprised at the calm surrounding Angola’s accelerated rehabilitation and construction of infrastructure a decade after the end of so many years of war, and at the lack of after-effects like ethnic violence, armed gangs, or the settling of accounts.

Pepetela is a professor of sociology and a former member of the governing People’s Movement for the Liberation of Angola (MPLA). He was a guerrilla fighter in the country’s 1961-1974 war of independence from Portugal, and served as deputy minister for education in the first seven years after independence was won in 1975.

He has become one of the most prominent writers in this country in southwest Africa, winning the Camões Prize, the most prestigious award given for Portuguese-language literature, in 1997. 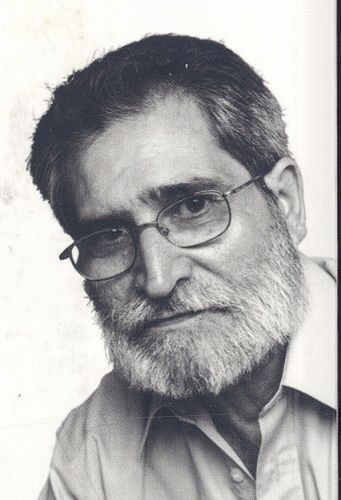 Pepetela believes that Angola has fulfilled half of the ambitions of the anti-colonial war. Credit: CC BY-SA 2.5

His 19 novels and two plays give an overview of the history of Angola, starting with the struggle against Portuguese colonialism. They also reflect his disillusionment with the direction taken by this country, where, he says, “unbridled capitalism” has buried the socialist ideals of his “utopia generation” – the title of one of his novels, published in 1992.

But Pepetela believes that the aims of that generation have been fulfilled “50 percent,” or even “55 percent”. For example, he recognises achievements enshrined in the country’s constitution and laws, such as equal pay for men and women and a minimum of 40 percent female representation in parliament.

Angola’s civil war broke out immediately after independence, and continued to rage, with interludes, until 2002. The conflict, which left over one million people dead, was a struggle for power between two former liberation movements – the MPLA, backed by the Soviet Union and Cuba, and the rebel National Union for the Total Independence of Angola (UNITA), supported by the United States and apartheid South Africa.

Q: It is admirable that peace has been achieved in such a short time, without the foreseeable fallout of such a long war, like vandalism and pockets of violence. How do you explain that transition? What role have President José Eduardo dos Santos (in power since 1979) and the MPLA played in that?

A: It’s hard to explain, but an important factor was weariness. People got tired of war and violence. They haven’t forgotten what happened – once in a while, a heated argument will break out and MPLA people will make the mistake of proclaiming that they won the war (the other side can’t say the same).

But they are moments of a loss of control that don’t have consequences. José Eduardo had the good judgment to declare that there were neither winners nor losers. That was important.

And he has always tried to follow a policy of integration, especially in the armed forces. Whatever his defects may be, no one denies that he has done this.

Angolans also have a great capacity for solidarity and for maintaining a sense of community, something that is more subjective and difficult to analyse.

Q: I was shocked to hear the idea that the war contributed to national unity. Did the conflict unify Angolans and overcome ethnic divisions?

A: It was an important element in terms of strengthening the idea of “nation”, which is abstract, especially for rural people. The two armies recruited people from around the country, and mixed them up, forcing them to live together and forge bonds, and moving them from one place to another.

Many raised their families outside of their home regions, with people from other ethnic groups. So they began to understand that Angola was much more than the village where they were born. And nearly all of them learned to speak and read Portuguese, another major unifying element.

Q: But what is left of the MPLA’s socialist dream, its anti-colonial struggle or the first few years of independence?

A: Of the socialist dream – nothing. Of the MPLA’s government programme: we have an independent country, which at times has a social democratic discourse, that is betrayed in practice every day.

Q: How could the Angolan economic system be defined, then? State capitalism?

A: In the terminology of the past, yes. I prefer to call it unbridled capitalism in the stage of regulation, and thus on its way to no longer being ruthless.

Q: Of the goals of your “utopia generation” – which 50 percent do you believe have been fulfilled, and which have not been reached?

A: The ones I mentioned: independence, the nation, and peace. The rest is still pending: a more just, more humane society.

Q: How is education doing? Has it responded to the enormous hunger for learning that I saw in the interior of the country?

A: It’s growing in numbers and must keep growing. But quality is still very low – so low that it’s frightening. And that’s true at all levels. Nor is it adapted to serving a policy of sustainable development.

Q: Several people I talked to said the growing numbers of young people moving to the capital were doing so in search of better secondary education, and in search of a university education. Can’t schools in the interior keep young people in the provinces?

A Many primary and secondary schools were built in the interior, in small cities. But that alone is not enough. All of the other structures that keep young people from dreaming about the big city must also be in place.

Q: Do the dominant presence of Portuguese as a national language and the role of music and television attenuate the ethnic divisions?

A: Actually, Portuguese became dominant after independence, posing the risk of causing the disappearance of African languages, which means the loss of many cultural and social roots.

What is missing is the harmonisation of the need to develop both the language of unity and the original cultures. It’s not easy. But the attempts have been merely bureaucratic.

The music here follows Afro-American trends in the United States.

Q: And in literature, what new expressions of “Angolan-ness” have appeared?

A: I don’t think there has been great renovation in literature. The promise fell flat. Few names capable of lasting have emerged. There is a problem: the very poor grasp of the written Portuguese language, which hinders the emergence of young talent. They might be good at story-telling, but if they don’t have a good grasp of the language, it is difficult for them to express their natural talent.

Q: In Angola, will literature have the importance that it had in the formation of the identities of “older” nations, like Portugal or Brazil, or will it be suffocated by the broadcast media?

A: At the start, literature had great prestige, and writers were always consulted by the media about anything that happened, as sort of “doctors of the soul”. But that’s not true anymore.

Today, whoever appears on television, even if it is to present a programme about love between hippopotamuses, has a much bigger audience.

Q: Some of your books of the last two decades – “A Geração da Utopia”, “Jaime Bunda”, “Os predadores”- reflect a profound disillusionment with the political direction Angola is headed in, the corruption, and the loss of the values of the independence struggle. But is the nation that is currently being built still worth it?

A: There are always positive aspects: the fact that we have a regime that, despite its mistakes, is proudly independent; the reconstruction of the roads and other routes of communication, even if it does revolve around the oil industry; the resettlement of populations that were in refugee camps and in neighbouring countries; and the peace that has been achieved.

All of these, despite the shortcomings and setbacks, are undeniable signs that the country has legs to walk on. The urgent need now is the education and training of young people.