Detained at the Eastern Border – Part 2 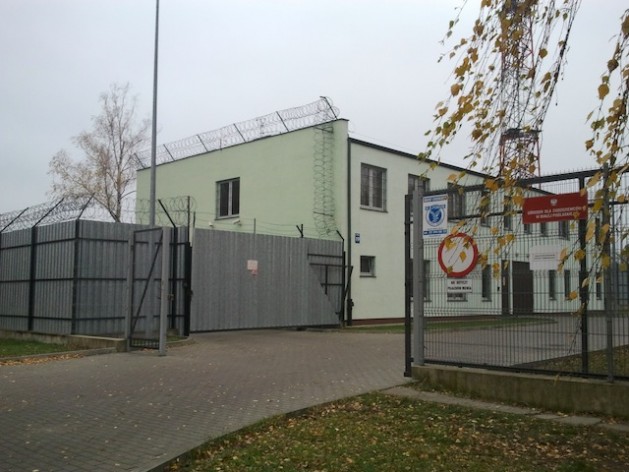 WARSAW, Dec 18 2012 (IPS) - Twenty-two years ago today, on Dec. 18, 1990, the United Nations General Assembly adopted the International Convention on the Protection of the Rights of All Migrant Workers and Members of Their Families.

As the world attempts to deal with this increasingly common phenomenon – the number of international migrants has gone from an estimated 150 million in 2000 to 214 million today, making migrants “the fifth most populous country in the world”, according to the U.N. – the spotlight is on the European Union, whose migration policies have recently elicited criticism from various corners.

Since joining the bloc in 2004, Poland has had to guard a 1,200-kilometre-long border with non-EU members, Belarus and Ukraine. Given that this stretch has been one of the main land entry points for migrants flocking to the EU, Poland has been forced to play its part in ‘securing’ the Union.

In preparation for becoming an EU member, Poland recanted old ‘free movement’ agreements with former Soviet republics: in 2003, visas for Russians, Ukrainians and Georgians were reintroduced after 24 years of free movement.

Since 2009, however, numbers of asylum seekers have decreased, with roughly 6,500 applications for international protection being lodged in 2010 and around 6,900 in 2011.

In 2010, the numbers of people receiving international protection dropped as well: according to the the U.N. High Commissioner for Refugees (UNHCR), Poland recognised only 82 people as refugees in 2010, a 38 percent decrease compared to 2009. In 2012, by the middle of November, 83 people had received refugee status and 372 had gotten a secondary form of protection, although application numbers grew again this year.

In 2008, one year after joining the Schengen Area, Europe’s free movement space, Poland modernised or opened the six detention centres for migrants it is now operating.

Despite new barriers, migrants desperate to get out of their countries still find ways to enter Poland, often at high costs. It is estimated that around 150,000 migrants perform illegal construction work in Poland during the prime season, most of them Ukrainians.

Numbers for those working in agriculture or doing domestic work are tougher to estimate. Rights are equally difficult to guarantee for these people.

Georgians and Russians of Chechen nationality currently constitute the largest groups applying for asylum in Poland and 2012 has seen over 4,800 asylum applications from Russian citizens, most of them Chechens, and almost 3,000 applications from Georgians.

Blamed for seeking a better life

Asylum seekers, especially from the East, are met with little sympathy from Polish authorities. No Georgian has to date received refugee status in Poland.

According to officials, migrants are often ”guilty of lying” when they ask for political asylum, because in fact they are pursuing jobs in Western Europe.

“If the migrants come here for purely economic reasons, it is better to provide as best as possible for them in our centres and then return them to their home countries, otherwise they can put their lives and health at risk trying to move further to the West,” Colonel Andrzej Jakubaszek, director of the Department for Aliens at the Polish Border Guards Headquarters, told IPS.

“We always get them back in days, a week, a month. And then we are asked by the EU what we do to protect the Union’s external borders.”

The EU Dublin II Regulation – which requires migrants to be fingerprinted as soon as they enter the EU, and returned to the first country of access if caught in another place – is on the minds of all Polish authorities dealing with migration.

But immigrants’ rights activists have criticised the government’s use of a sweeping detention policy before exploring alternatives.

According to Aleksandra Chrzanowska from the Association for Legal Intervention, a non-governmental organisation working with migrants, detention should only be used as a last resort.

She believes that for populations entering Poland in search of work, as seems to be the case with most Georgians, the Polish state ought to consider issuing work permits.

The hype about migrants coming to ‘steal Polish jobs’ is largely a result of scaremongering, activists say. In a country with a population of 40 million, the thousands of migrants entering the country annually could hardly make a significant difference to employment rates.

In addition, they say they have no access to information about their rights in languages they understand, and that the one or two hours of time allowed for walking outside are insufficient.

“One of the most important things for us would be to receive proper medical treatment,” says Osman Rafik, a Pakistani who has been detained at the Bialystok detention center since March.

“I receive calcium tablets for both the flu and my stomach ulcer. But perhaps even bigger than this is the need to change the border guards’ behaviour and to put an end to detention, at least to very long detention.”

The management at camps like Biala Podlaska, located close to the border with Belarus, and Lesznowola, 15 kilometres south of Warsaw, deny most claims.

Major Wojciech Rogowski, director at Biala Podlaska, told IPS, “We are aware that the people (detained) here have committed only administrative offences and are not criminals and we do our best to improve the conditions, but we must take into account security concerns.”

Yet these so-called ‘security concerns’ can be invoked too often, especially when detention is the primary means to address migration: they are used to deny migrants the right to use mobile phones or the internet; to justify a policy of round-the-clock monitoring of all corridors; to restrict outside visits; and to reduce time spent outside the rooms.

Rights groups warn that the economic crisis in Europe is leading to a backlash against migrants.

In Central and Eastern European countries like Poland, which are keen to follow EU trends but lack the capacity to implement more complex migration policies, there is a risk of increased use of detention.

“More and more asylum-seekers are being detained (in Central and Eastern Europe), whether through tougher policies at national levels or through the inadequacy of open accommodation facilities through which asylum-seekers are sent to detention centers,” the UNHCR noted in a 2011 report.

“This is, after all, European politics,” Chrzanowska said. “Detention centres are built with EU money and there is huge pressure to (secure) European borders. But all of this should not prevent us from seeing that these people are not criminals and from continuing to look for alternatives for them.”

*This story is the second of a two-part series on immigration in the European Union.