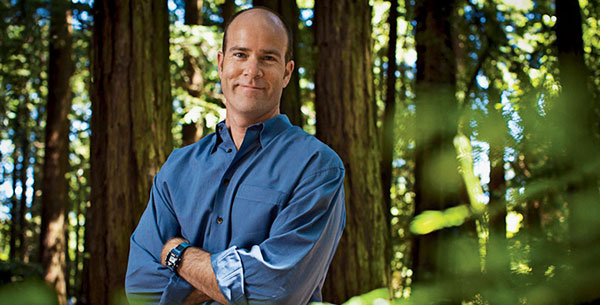 Civil disobedience is often used as a non-violent tool of protest against widespread injustices, such as in the American Civil Rights Movement of the 1950s and 1960s.

On the morning of Feb. 13, prominent activists gathered in front of the White House in Washington, DC, and participated in an act of civil disobedience, to protest the idea behind the Keystone XL Pipeline.

This pipeline would run from Alberta, Canada all the way across the United States, to its coastline in the Gulf of Mexico. It would carry about a million barrels of crude oil each day, and according to protestors and scientists, contribute dangerously to climate change.

There are at least three times more jobs that come from solar and wind than for an equivalent amount of gas or coal or oil.

The protestors – who include NASA climate scientist James Hansen, poet Bob Haas and lawyer Robert F. Kennedy, Jr., among others – were arrested after blocking a main thoroughfare in front of the White House and refusing to move.

Michael Brune, executive director of the Sierra Club, was among the participants in this event. It was his organisation’s first act of civil disobedience in its 120-year old history, and the first time its executive director was arrested.

Brune spoke with IPS correspondent George Gao about his experience at the protest, as well as the environmental significance of the Keystone XL Pipeline. Excerpts from the interview follow.

Q: Can you describe what unfolded on the morning of Feb. 13 outside of the White House?

A: We organised about 50 community leaders from across the country who have been resisting various aspects of both the tar sands and other destructive projects in civil disobedience outside of the White House.

The point of this was to call on President (Barack) Obama to make sure that he’s doing everything within his power to turn away from extreme energy sources, and to embrace clean energy as much as he can.

Q: What specifically makes the tar sands’ oil deposits in Alberta, Canada – and the Keystone XL Pipeline that would transport these deposits – unique and deserved of such attention, as compared to other pipelines?

A: The tar sands is the most carbon intensive fuel source on the planet. It’s hard to access and takes a lot of energy to extract this thick gooey oil out of the ground. So we are deeply concerned that by expanding production of the tar sands, it will make it almost impossible to stop runaway climate change.

We have been advocating that instead of building a massive pipeline that would take almost a million barrels of oil per day, from Canada down into the U.S., that we should investing that same money, seven billion dollars worth, in clean energy instead – solar, and wind and energy efficiency and advanced energy technologies.

So we were fighting this both because the pipeline itself was highly destructive, but also because it’s a symbol of the kind of investments that we need to turn away from as a society.

Q: Proponents of the pipeline argue that this will create easy jobs for a slumping economy – ready jobs that the U.S. know how to allocate. Is this a misperception?

The folks who are the most defensive and resistant towards a clean energy transition are the ones who are profiting from our dependence on fossil fuels.

Q: Does the pipeline run through any environmentally sensitive areas or protected lands in the United States?

A: It runs through Ogallala Aquifer in Nebraska, which is one of the most important drinking water supplies in the country. It also runs through people’s farms and ranches, many of whom have been farming and ranching in those areas for generations.

I was next to a couple of ranchers yesterday from Nebraska. They don’t want any part of a dirty oil pipeline running through their farm. They don’t feel as though companies like TransCanada and others have any right to take their property, risk their water supply – all for a substance that will pollute our air and pollute our atmosphere.

Q: What executive powers does U.S. President Barack Obama wield over this situation?

A: An enormous amount. The president can reject this pipeline outright. The State Department is currently reviewing the proposal, will issue a recommendation – or what’s known as a Supplemental Environmental Impact Statement – and then it is the president’s decision about whether the pipeline should be built or not.

One person gets to decide. That’s why we were out in front of the White House.

Q: Do you see this decision as a significant moment that sets the tone for future climate change policies in the U.S.?

A: Absolutely. We’re having the largest rally in U.S. history on climate change in the National Mall this Sunday, and it’s coming at a time where there are several important decisions that the president will make: about mountain top removal, about fracking across the country, about drilling in the arctic, whether or not to build a deadly and destructive pipeline.

What we’re seeing is a resurgence of committed, passionate Americans who are willing to advocate and fight for clean energy, and it’s really inspiring to be a part of.