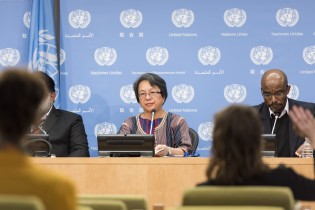 By Carey L. Biron
In a major annual address Tuesday night, President Barack Obama offered further details on a broad and ambitious range of policy priorities, taking advantage of perhaps his single most significant opportunity to guide the public conversation on his second-term agenda.
ADVERTISEMENT ADVERTISEMENT