UNITED NATIONS, Mar 8 2013 (IPS) - Today is International Women’s Day, and the issue of gender-based violence is topic A. Sadly, it has been a newsworthy topic in the global media, as well. 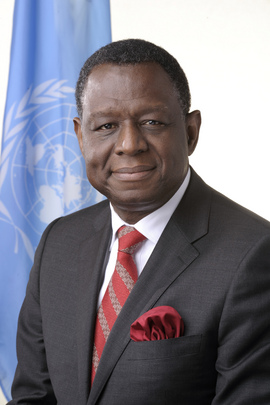 However short the news cycle in this social media age, the world has certainly not forgotten the case of the 23-year-old physiotherapist who was brutally raped and murdered three months ago on a bus in Delhi, India. Although her name has been kept private, the horrible details of her victimisation have scalded the public consciousness and sparked outrage among people everywhere.

As the wheels of justice turn in Delhi, the United Nations Commission on the Status of Women, convening this week in New York, has listed violence against women as the lead topic at its annual conference. This issue has not been addressed as the main theme by the Commission for 13 years and is unlikely to be addressed again for another decade or more, so the timing, at least with regard to the tragic incident in India, is apt.

But the sad fact is that the issue of violence against women would be an appropriate topic at any time, in any year, because the problem has, to a large extent, been swept under the carpet in the nations of both the developed and the developing world.

In part, this is because women still do not enjoy full political and human rights in many societies, and in part it’s because we have too often allowed cultural norms and customs to serve as an excuse for violence against women.

The United Nations, as the world’s collective voice on these matters, must tackle the issue of gender-based violence head on. The time has long passed when men can or should be allowed to dictate the rights of women. Young girls should not be forced into marriage. And every woman should have the right to choose when and how many children she will have.

Finally, the U.N. must reaffirm that no cultural argument can ever justify violence against women.

The good news is that momentum is building for a strong statement by the Commission on the Status of Women. The challenge, then, will be to get the nations of the world to endorse the statement, and commit to the concrete actions it mandates.

Inevitably, there will be pushback from representatives of some of the United Nations Member States, who may argue that majority position on this critical issue does not accord with the religious or cultural values of their societies. But where violence against women is concerned, there can be no compromise. These women are our very wives, sisters, daughters and grand-daughters.

At UNFPA, the United Nations Population Fund, we have long advocated the human rights of women and girls, based on global conventions that these rights are fundamental and universal. To that end, we have supported programmes that seek to eliminate forced marriages, discourage adolescent pregnancy, put an end to harmful practices, such as female genital mutilation/cutting, and combat the scourge of violence against women.

On the occasion of International Women’s Day, UNFPA is committed to strengthening and expanding its efforts to do everything it can to bring an end to gender-based violence. Gender-based violence remains a major health and human rights concern and no human development can be achieved fully as long as women and girls continue to suffer from violence or live in fear of it.

We will, therefore, support a strong statement from the U.N.’s Commission on the Status of Women, and we will urge its adoption by the Member States. The horrific rape and murder in Delhi should remind us that the women of the world cannot wait another decade for the international community to address this issue. The time to act is now.