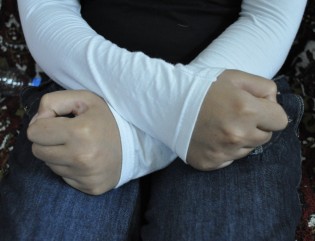 By Marzieh Goudarzi
U.N. agency heads gathered Tuesday to reassert their unified commitment to ending the epidemic of violence against women and girls, and bringing justice and healing to survivors.

By Sujoy Dhar
On a chilly Wednesday evening, exactly a month after a young woman was gang-raped and brutalised on a moving bus in New Delhi, hundreds of sombre citizens gathered at a candlelight protest in India’s national capital.

By Sujoy Dhar
While a 23-year-old woman battles for life in a New Delhi hospital after she was gang raped and brutalised on a moving bus in India's prosperous national capital earlier this month, women across the nation say they live in constant fear of sexual assault.

By Kreshma Fakhri
Afghan women are no strangers to gender-based violence. For decades now, violent crimes against women have been heading for epic proportions, as young girls are forced into marriage, wives and daughters are abused, and women are dealt harsh punishments for ‘moral crimes’.