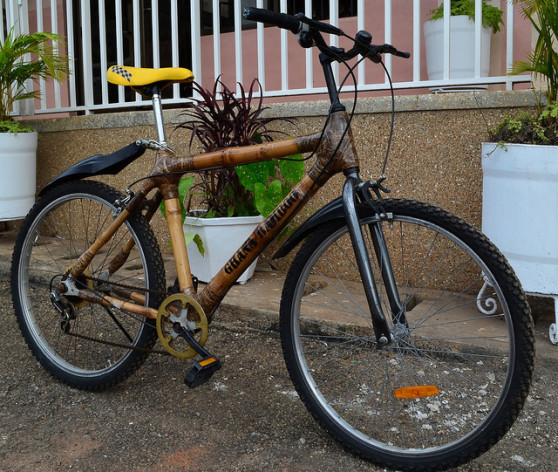 ADDIS ABABA , Apr 8 2013 (IPS) - A combination of an abundance of bamboo and eager foreign investment is making Ethiopia a frontier for the bamboo industrial revolution in Africa, according to this country’s government.

“Ethiopia has the resources, the investment, a rapidly-developing manufacturing industry and a strong demand for our bamboo products from foreign markets. We have what we need. The expansion of Africa’s bamboo sector has begun,” Ethiopia’s State Minister for Agriculture and Rural Development Mitiku Kassa told IPS.

Ethiopia currently has the largest area – one million hectares – of commercially untapped bamboo in East Africa, making it attractive to investment partners from the bamboo industry. However, the Ministry of Agriculture and Rural Development told IPS that they were unwilling to disclose any figures on the bamboo economy, but added that there had been no formal bamboo economy in Ethiopia until 2012.

“The market potential of bamboo in Europe is massive. We believe that there can be a reliable and effective supply chain built here in Ethiopia to create a bamboo manufacturing industry,” said Felix Boeck, an associate engineer at Africa Bamboo PLC, a public-private partnership set up with Ethiopian partners and supported by the German Development Cooperation in 2012.

“The fastest-growing market in Europe for the wood industry is flooring and outdoor decking. We expect our products to play a large role in this market,” Boeck told IPS.

In comparison to soft wood trees that can take 30 years to reach maturity, bamboo is a fully mature resource after three years, making it commercially and environmentally sustainable.

Sub-Saharan Africa has three million hectares of bamboo forest, around four percent of the continent’s total forest cover. Ethiopia plans to increase its bamboo cover to two million hectares over the next five years.

Small-scale Ethiopian bamboo farmers like Ghetnet Melaku are enthusiastic to participate in the development of the bamboo sector, if investment in its expansion is inclusive of small farmers.

“I am just making enough money to subsist by producing bamboo for the local craft market and, if I had the opportunity, I would like to increase my capacity for skilled production and a better financial return,” Melaku told IPS.

The International Network for Bamboo and Rattan (INBAR) is an intergovernmental organisation that assists governments, businesses and local communities to identify innovative bamboo-based opportunities for human development.

It is helping sensitise African governments to the high potential of bamboo as a versatile and renewable resource that can generate sustainable development. According to INBAR, one billion people around the world use bamboo in their daily lives as housing material, fencing and food, and in craft production, etc.

Deforestation has ravaged Africa’s environment – the carbon emissions from burning timber on the continent alone are expected to reach 6.7 million tonnes by 2050. As 90 percent of the population in sub-Saharan Africa use firewood or charcoal to cook, the development of an alternative resource like bamboo has become essential.

Ethiopia’s government has prohibited the creation of charcoal from burnt wood for retail and is actively advocating sustainable alternatives such as bamboo.

“Bamboo is a major untapped resource for Ethiopia. We are pushing to grow and conserve our bamboo resources. We are starting to work with farmers and enterprises to encourage and develop this sector for the country’s economic and environmental benefit. We are working to undo unsustainable practices and advocate new alternatives,” State Minister Kassa told IPS.

Although Ethiopia has one of the highest deforestation rates in Africa, it has increased its national forest cover to seven percent from three percent a decade ago, out of an original 40 percent. Hoogendorn said that governments needed to make financial resources available to enterprises that wished to develop Africa’s bamboo industry.

“We want governments to put structures in place that offer financial support such as micro finance and that remove any hindrance for investors in the bamboo market, so that when companies want to set up a bamboo industry they have access to financial support,” he said.

High demand for Ethiopia’s agricultural output such as bamboo can drive growth and development for the country’s poor if it generates employment opportunities and remains non-exploitative towards farm workers and the land, said research fellow Steve Wiggins from the Overseas Development Institute (ODI). The ODI is the United Kingdom’s leading independent think tank on international development and humanitarian issues.

“It is good if there is another source of demand for farm produce, so long as the economics of bamboo offer decent returns to land and labour, equitable deals can be struck in the supply chain, and the crop is environmentally sustainable,” Wiggins told IPS.

“Sustainable management of a country’s bamboo sector is extremely important to the future of a country’s market, especially if that country is wanting to export its products to the European market where laws stipulate conformity to high sustainability standards,” Hoogendoorn said.

As the industrial development of bamboo in Africa is in its infancy, investors have until recently been cautious about ploughing large amounts of money into a market whose dividends are relatively unknown.

“We are ready for the same industrial revolution in bamboo development that Ethiopia is currently experiencing,” Andrew Akwasi Oteng-Amoako, the chief research scientist at the Forestry Research Institute in Ghana, told IPS.

He lamented that although his West African country had an abundance of bamboo, it failed to secure the same investment as Ethiopia.

“We anticipate a revival of investment interest in Ghana’s bamboo industry in the near future thanks to Ethiopia’s success,” Oteng-Amoako said.