In this column, Pascal Lamy, director-general of the World Trade Organisation (WTO), writes that growth prospects for 2013 are brighter for low-income countries than they are for the developed world. In sub-Saharan Africa alone, growth is forecast to outpace the global average, due largely to increased political stability and good governance. 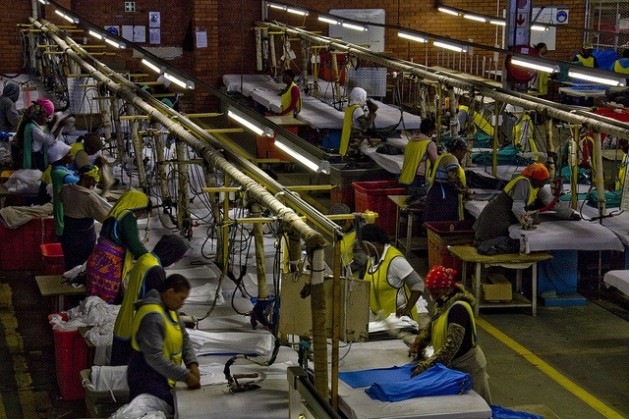 GENEVA, Jun 4 2013 (IPS) - The old theories governing the way that countries produce and trade are being replaced. The pattern of trade is being transformed by increasingly sophisticated technology and innovations in transportation; and the topography of actors is shifting to reflect new poles of growth.

This is no longer the clearly delineated North-South order of the 20th century. A large number of developing countries have now emerged. And Africa, both as a continent and as the sum of individual sovereign states, is poised to lead the new patterns of growth for the foreseeable future.

Six of the world’s ten fastest-growing economies over the past decade were in sub-Saharan Africa. Five years into the global financial crisis, Africa as a region has shown great resilience, with an average growth rate of over five percent over the last decade. This is in contrast with the advanced economies, most of which are yet to fully recover from the economic downturn.

The World Trade Organisation (WTO) recently published the trade figures for 2012 and the outlook for 2013. World trade grew by just two percent in 2012. And this slow growth should continue into 2013 where we are projecting trade growth of only 3.3 percent, which is below the previous 20-year average of around five percent.

With structural flaws in some economies due to remain for the foreseeable future, I expect the global economy will move at three speeds: flat growth in the euro zone; a slightly better outlook in the United States and Japan; and faster growth in most developing countries, especially in Africa. Prospects for economic growth are thus greater in developing and low-income countries. 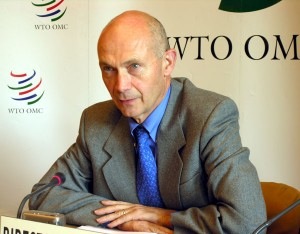 Consumer demand by its growing middle class is also an engine for growth. According to a recent World Bank report, consumer spending accounted for more than 60 percent of sub-Saharan Africa’s recent economic growth, which is forecast to accelerate to more than five percent over the next three years, outpacing the global average.

Africa has also made remarkable progress in the areas of political stability and governance, which are fundamental to growth.

But if I had to name one single factor, I would say it is “confidence”. Africans today are more confident and hopeful about the future than ever before. This is also the great transformation that I have seen in the attitude of African negotiators in the WTO: confidence that trade, if coupled with domestic policies and Aid for Trade, can be an engine for growth.

The real challenge for Africa lies in sustaining the growth process, enabling it to reach its full potential and ensuring the growth is inclusive.  Widespread and sustained poverty reduction, which is, in effect, the ultimate aim of growth and development, is only possible if the domestic policies are in place to ensure that the deliverables from this success story translate into real impact on the ground.

Trade is one of the strategies that can be exploited to solidify and enhance the growth prospects. The recent African Union decision on boosting intra-African trade and moving forward on the Continental Free Trade Area are testaments to the political attention being given to trade as a real engine of growth in the continent.

Africa has a number of regional trade agreements, all of which aim to expand trade among its members. These regional agreements can be complementary to multilateral trade opening, provided they are crafted in a coherent manner.

I must specifically highlight the East African Community (EAC) for its progressive regional integration efforts. The creation of a customs union and a common market, and the ongoing discussions on a possible monetary union, are smart and economically robust decisions.

I also believe that the formation of a tripartite among the EAC, the Common Market for Eastern and Southern Africa (COMESA) and South Africa Development Community (SADC), should help address the complexity of the tariff regimes imposed by the different regional trade agreements and facilitate freer and less costly trade amongst members.

But the fact remains that inter and intra trade in Africa is still constrained by non-tariff barriers and poor connectivity. Cumbersome border procedures increase trade costs and the likelihood of inaccurate documentation and raise the chances of malpractices such as corruption.

According to a recent study by the Organisation for Economic Co-operation and Development (OECD), reducing global trade costs by one percent would increase worldwide income by more than 40 billion dollars, most of which would accrue to developing countries. Furthermore, trimming border procedures could lead to more than a five-percent increase in gross domestic product (GDP) in many African countries.

African countries, in particular, stand to benefit substantially from the ongoing negotiations at the WTO for a multilateral Trade Facilitation Agreement which, with its focus on reducing the thickness of borders and removing customs-related red tape, will ease access to markets and boost trade flows including agricultural commodity trade and time-sensitive products such as horticultural and other highly perishable goods.

It is in the interest of all WTO members to deliver a Trade Facilitation Agreement at the WTO Ministerial Conference in December. It will not only be an injection of confidence into the multilateral trading system ­ and to the notion of multilateralism ­ but it would lead to concrete economic deliverables on the ground.