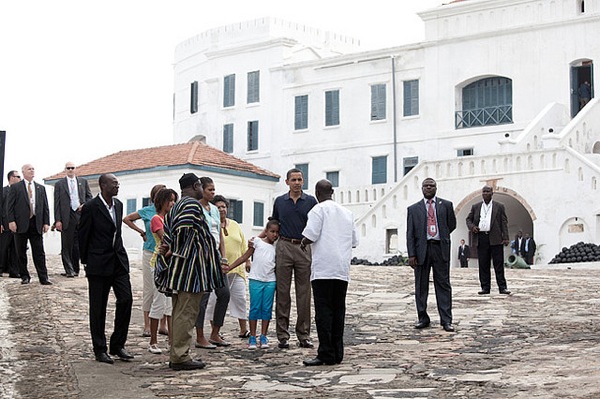 They are also hoping that the state visits will be able to turn the tide on years of U.S. engagement with Africa only through the lens of security and counter-terrorism.

Starting Wednesday, Obama will visit Senegal, South Africa and Tanzania on what will be his second trip to the continent as president. His advisors say he hopes to focus on increasing trade, investments and other economic opportunities.

“This shouldn’t be a light-hearted and easy trip,” Adotei Akwei, Africa advocacy director for Amnesty International, told IPS. “It shouldn’t just be about economics and investing, because there are some serious issues that need to be addressed.”

According to aides, Obama will also put significant emphasis on supporting growing democracies in each of the three countries, as well as on the African youth population.

"If the U.S. wants to be in step with the 21st century and the centuries to come...it needs to pay attention to Africa." -- Emira Woods

“Each of the countries that we’re visiting are strong democracies,” National Security Advisor Ben Rhodes said in a White House briefing conference call. “The president has made it a priority to support the consolidation of democratic institutions in Africa so that Africans are focused not just on democratic elections, but institutions like parliaments, independent judiciaries and strengthening of the rule of law.”

In addition to bilateral meetings with political leaders in the three countries, Obama will participate in events with private sector leaders. Development issues will play a role, particularly regarding food security.

“Food security has been one of our key development priorities,” Rhodes said, “in which we’ve brought together the international community as well as the private sector behind approaches that strengthen African capacity in developing agricultural sectors that better feed the populations.”

Obama has been criticised for paying relatively little attention to Africa during his presidency. His first and only trip to the continent lasted less than 24 hours.

“If the U.S. wants to be in step with the 21st century and the centuries to come,” Emira Woods, the co-director of Foreign Policy in Focus at the Institute for Policy Studies, a Washington think tank, told IPS, “it needs to pay attention to Africa.”

Further, for many humanitarian advocates, what little focus Obama has paid to Africa has been largely security related.

“I am concerned that in recent years, the degree to which there is a focus in Africa has been aimed at counterterrorism initiatives,” John Hutson, director of communications at the Enough Project, a Washington advocacy group, told IPS. “I hope this trip will create a sense of interest and actions that will help African development and thereby help the United States.”

The Institute for Policy Studies’ Woods concurred, “The U.S. has focused overwhelmingly on the security sector, at the expense of those other building blocks of a healthy society.”

Obama will not be visiting two of the continent’s most unstable countries, Somalia and Mali. Yet according to some observers, the instability in these parts of Africa is due in part to U.S. support of authoritarian regimes.

Independent policy analyst and activist Nii Akkuetteh applauded the Obama administration for not visiting countries that, at a panel discussion here Monday, he called “U.S.-friendly tyrants”.

“The criticism right now is, if you flood a country like Mali with arms and it goes wrong, we don’t think it’s right to turn your back on the problem,” said Akkuetteh. “It is in the U.S.’s best interest to help Mali rebuild since they were partners when Mali slipped into their problematic state.”

Meanwhile, others are pointing to climate change as a more pressing long-term security threat to Africa. On Tuesday, Obama is scheduled to unveil a major new U.S. policy push to combat climate change, but so far Washington has been a significant contributor to the inability of international negotiations to arrive at a comprehensive agreement on the issue.

“Clearly what we are calling for is for the Obama administration to look at the affects of its policies on climate change,” said Woods. According to Dev Kar, chief economist at the research and advocacy organisation Global Financial Integrity, scientists and security analysts are already forecasting a increase in the number of conflicts in Africa and beyond as a result of water shortage.

According to recently released World Bank data, such an uptick will likely be visible within decades.

Meanwhile, the cost of Obama’s trip, reportedly from 60 to 100 million dollars, has led to some furious criticism from within the United States, where austerity measures are continuing to upset long-running government programmes. But Amnesty International’s Akwei suggests this is not only a sideshow, but a problematic indication of the broader U.S. view of Africa.

“This criticism continues a sad trend of the perception of the continent, which is basically that it doesn’t matter and its irrelevant,” he said.

“In fact, it is relevant. It is a major front of the Pentagon and its work on terror, it is a major source of oil to this country, and it is a humanitarian focal point.”