TerraViva, a special publication of the IPS news agency, the leader in coverage of development issues, civil society and the emerging South, is once again circulating, this time in the meeting rooms and hallways of the FAO building.

The print version of TerraViva was available early this year at the Abu Dhabi Sustainability Week in the United Arab Emirates, and a few months before that, in June 2012, at the Rio+20 global conference on sustainable development in Rio de Janeiro. Now, in Rome, our independent publication is dedicated to food.

We are producing it in an extraordinary setting: the 38th FAO conference, which will focus on the challenges facing agriculture, emerging global scenarios and, naturally, the new balances of power arising from them. 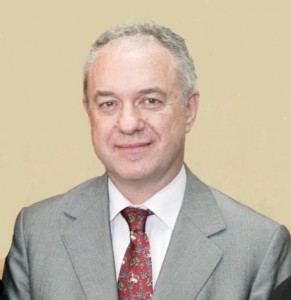 As in dozens of TerraViva editions produced over the last 20 years at U.N. or civil society conferences, our publication hopes to be an instrument of reflection and reporting with a critical eye on the crucial issues facing humanity.

In terms of food and agriculture, this means raising adequate funds to provide the current FAO leadership with the conditions that would make it possible for the agency to fulfil its mandate with regard to a strategic plan for the future.

During the conference, a significant number of countries that have met the Millennium Development Goals and World Food Summit hunger reduction targets will be recognised.

A critical focus on the limitations and difficulties encountered along the road is necessary, but we must also be capable of recognising progress.

We have brought together in Rome a team of top-level journalists from Africa, Asia, Europe and Latin America, who represent more than 400 colleagues from our network spread across 140 countries, and who will give TerraViva a multicultural and pluralistic perspective.

In this regard, I would like to thank the FAO authorities for their continuous support in the preparation of this publication.

TerraViva is also available on-line, in several languages, to millions of readers around the world.

At the same time, TerraViva will follow the impact of the Media Talks organised by IPS TV in its pilot phase, from Monday, June 17 to Friday, June 21 in the Sheikh Zayed Conference Hall. The debates will focus on the MDGs, the new scenario in Africa, food waste, price speculation, and the role of the media in development.

These debates will be reproduced on thousands of web sites so they are not limited to a FAO conference room.

We hope TerraViva lives up to your expectations.