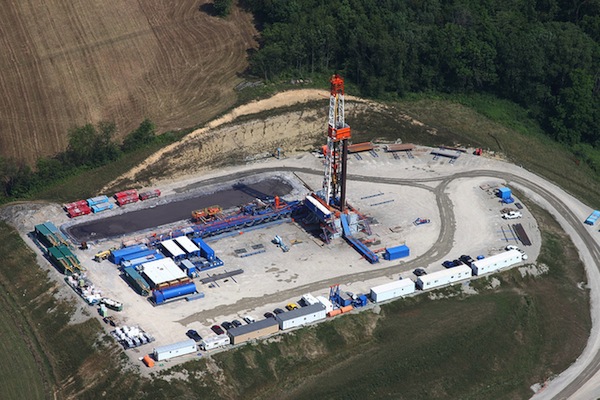 WASHINGTON, Jun 14 2013 (IPS) - Energy specialists say that advancements in fossil fuel extraction technologies have sparked a “revolution” in U.S. energy production, especially given radical recent changes in the global energy market and the U.S. role within it.

New extraction methods, such as horizontal drilling and hydraulic fracturing (“fracking”), have allowed producers to access natural gas and oil (known as “tight” or “unconventional” oil) in recent years that was once inaccessible.

Such access, brought about by technologies developed and still used primarily in the United States, have already changed the country’s approach to producing and consuming energy.

“The tight oil boom holds the potential to free [the United States] from spending literally trillions of dollars to buy petroleum products from the politically unstable areas of the world,” Pete Domenici, a former senator and currently a senior fellow at the Bipartisan Policy Centre (BPC), a Washington think tank that hosted a discussion on energy Wednesday.

“Tight oil has truly been an unexpected gift to our nation and to our hemisphere.”

Propelled by the boom in U.S. production, North America is today the fastest-growing region in the world in terms of fossil fuel production. As Daniel Yergin, an energy scholar, pointed out during Wednesday’s conference, the United States produces 43 percent more oil than it did in 2008 – the equivalent, he said, of having another major producing country enter the market.

A recent study by CitiGroup indicates if this growth continues, real gross domestic product (GDP) in the United States could increase by 3 percent, a bump that analysts say would help lower the country’s deficit and create jobs.

"The exploitation of these new, extreme sources of carbon-based energy is moving us in the wrong direction."
-- Jamie Henn

It would also give the United States more flexibility in dealing more harshly with oil-producing adversaries, such as Iran.

A new role in the global energy market

Yet while many had hoped that increased U.S. production would significantly reduce prices both in the United States and internationally, others believe it will have the opposite result.

Participants in Wednesday’s discussion generally agreed that the United States will likely become an exporter of both liquefied natural gas (LNG) and even crude oil in the near future. Like other exporters, it will prefer higher world energy prices.

“The U.S. no longer looks at prices purely from a consumer’s perspective,” Katherine Spector, head of commodities strategy at CIBC World Markets, said Thursday. Instead, she suggested that the country now looks for “goldilocks” prices: those that are neither too high nor too low.

Her statement corroborates analysis, such as that of Public Citizen‘s Energy Program, a non-profit public advocacy group, which concluded that “because oil prices are priced globally, the domestic oil boom can’t – and won’t – provide relief for consumers”.

Opponents of U.S. LNG exports have sought to prevent them, but in recent months two deals were reached with the Obama administration to allow U.S. companies to liquefy and export gas.

Along with what Domenici called a formerly “heretical” notion that the United States may export light crude oil, the deals represent a drastic shift from the country’s current model, under which its fossil fuel-related exports are almost exclusively finished petroleum products.

Meanwhile, environmentalists are increasingly warning that the new technologies could worsen global warming, despite widespread suggestions that natural gas burns more cleanly than coal, for example.

“We are already seeing the devastating effects of global warming due to an overuse of fossil fuels,” Jamie Henn, communications director for the environmental advocacy group 350.org, told IPS. “The idea should be to de-carbonise the economy, but the exploitation of these new, extreme sources of carbon-based energy is moving us in the wrong direction.”

Henn also pointed to an additional danger of non-U.S. companies, with less advanced technologies, trying to replicate these extraction methods and potentially leading to environmental disaster. Leaking methane from fracking operations is one of the most potent climate change-causing greenhouse gases.

While Henn would like to see the global energy market transition away from fossil fuels and towards alternative energy sources, he said the primary obstacle is money.

“We already have access to cleaner, renewable energy sources,” he says. “But the transition to these sources is being held back because more profit can be made by exploiting these new, extreme sources of fossil fuels.”

In order for the North American production boom to continue, experts who spoke Wednesday said investments in controversial infrastructure projects, such as the Canada-United States Keystone XL pipeline and LNG export terminal facilities, will have to be realised.

Senator Lisa Murkowski of Alaska was one of the speakers in favour of these investments.

The senator pointed to Canada’s “abundant” supply of heavy crude oil, which she said is well-suited for the Gulf of Mexico refineries, and a problem of “too much oil and too few pipelines”, thus advocating for the controversial Keystone pipeline, which is currently pending U.S government approval.

She also stated her support for investment in U.S. capabilities to liquefy and export its natural gas surplus, saying it could lead to a “golden age of gas”.

Objections to the Keystone project have come to define the environmental movement in Washington over the past year, but the proposed LNG export terminal facilities also raise important environmental concerns.

Without strong government policies regulating emissions from natural gas production and use, the likely results of U.S. LNG exports would be “an increase in domestic greenhouse gas emissions, and questionable, if any, benefits to the global climate”, James Bradbury, a senior associate on climate and energy issues at the World Resource Institute, a Washington think tank, told IPS.

“Any amount of LNG exports would put upward pressure on U.S. natural gas prices,” Bradbury says. “This would make natural gas less competitive in U.S. electricity markets, likely causing a shift toward greater coal-fired power generation. This would cause an increase in U.S. greenhouse gas emissions.”