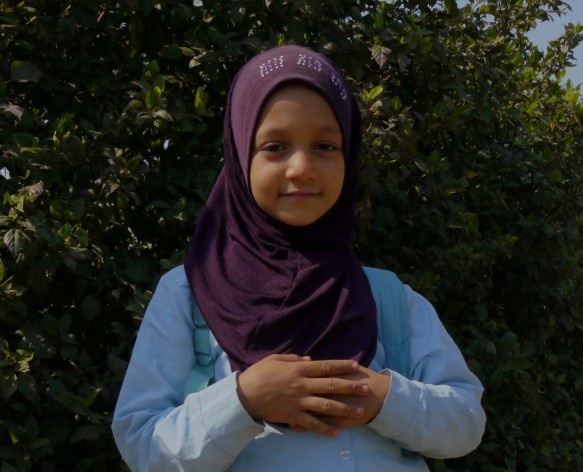 CAIRO, Nov 20 2013 (IPS) - The Middle East has some of the best and worst education systems in the world and they are attracting the attention of entrepreneurs keen to make a difference – and a buck.

Entrepreneurs are using internet and mobile technology to create products to supplement or even, as in the case of TAGUINI e-university in Jordan, supplant traditional educational systems. Start-ups like the Hilaal Animation Workshop in Dubai and Ibtaker in Palestine are teaching in-classroom courses and developing ICT education kits.

But business people and experts are divided over the impact these organisations could make, given the shortcomings of the Arab world’s education systems. Some are sceptical about whether these companies are worthwhile for-profit ventures or merely social enterprises.

Hossam Allam, founder of Cairo Angels, a platform to link entrepreneurs and investors, believes that education is a field for NGOs not businesses. Allam told IPS that all the start-ups he has seen are not very profitable with limited potential for local and international growth.

“Education is governed in every place on earth by the national curriculum and standardised tests so unless that changes…,” he told IPS, adding that the only thing outsiders could do was to give people the tools to educate themselves further, if they were so inclined.

They own Little Thinking Minds, one of a growing number of online business producing Arabic-language television programmes for pre- and primary school children, which, they say, is an area ripe for private sector intervention.

“Many children enter primary schools [both public and private] unable to read or write Arabic properly and have a very limited pool of vocabulary,” Jardeneh told IPS, explaining that too much emphasis was placed on children learning English.

She said that her children, who attend a top private school in Jordan, struggle because they do not have a wider English and Arabic vocabulary.

The World Economic Forum’s 2013-2014 Global Competitiveness Report ranked Egypt’s primary school system as the worst in the world, and its overall education sector was ranked 145 of the 148 countries surveyed.

Yet Lebanon, Qatar and the United Arab Emirates are respectively ranked 7th, 11th and 19th in the world for their primary education sectors, with Qatar being ranked third for the quality of their overall education.

“We wish to strengthen their language skills and enhance their vocabulary and introduce early reading as well so that by the time they are seven they enter school well-equipped,” Jardeneh said.

A May report “Unlocking Arab Youth Entrepreneurship Potential” by entrepreneurship training NGO Injaz al Arab highlights the flaws in education systems across the region. The report found that schools are focused on rote learning and memorisation rather than problem solving and critical thinking.

“Youth enter the transition from school to work without the competitive edge needed to secure gainful employment in a tight labour market,” the report states.

According to global entrepreneurship NGO Endeavor, 39 percent of  Middle East/North Africa (MENA) companies say their biggest problem is an inadequately educated workforce. In a region where over half the population is under the age of 25 and over a quarter of those is unemployed – this is a serious problem.

But entrepreneurs, like Lana Karrain, are also getting involved in career guidance and jobs skills training. Karrain is hoping to help reduce youth unemployment with her Jordan-based career matching and job skills training website, Fakker. It uses game-based software to show graduates where their skills lie and what they need to work on.

“Students lack communication and presentation skills from an early age,” she told IPS, adding that it was important for Jordan, especially, to invest in its youthful human capital because it had no natural resources.

Curriculum change is a touchy topic in countries around the world, but in places like Egypt it is a political one.

Deena Boraie, associate dean at the American University of Cairo’s School of Continuing Education, said this was partly because the government feared the potential for “tampering” by foreign parties, and partly due to suspicions that the private sector was trying to make money off state education.

Boraie said private enterprises might be more influential in altering the education systems of countries such as Jordan or Lebanon because of their smaller populations of about 6.3 million and 4.4 million respectively.

In Egypt, with its population of 80 million, the sheer volume of students means a small change will not be very effective or visible.

However, the clear preference for online- and technology-based products and services will widen the “digital divide” between tech “haves” and “have-nots”, says Muhammad Faour, an education reform expert with the think tank Carnegie Middle East Centre in Beirut.

“The problem with online courses or training is you may be targeting a special class of students, because particularly in areas where children or students are poor they may not have access to computers or [the] internet because they cannot afford it,” he told IPS.

The end result is that young adults entering the workforce who come from poor backgrounds cannot compete with those who have had extra digital training.

However, the lack of enthusiasm from the experts is not deterring entrepreneurs like Tubbaa-Bibi and Jardeneh.

They agree it is very difficult to penetrate educational bureaucracies and get their books and DVDs into school libraries, but they are developing proposals to design a curriculum for children up to six years for U.S. Agency for International Development funded projects.

“We strongly believe [and we are in the process of] forging partnerships with schools, NGOs and other educational institutions,” Jardeneh said in an email.

“Our goal is to have our products incorporated within the curricula of all Ministry of Education schools in the region.”

As long as governments fail to provide the level of education they promised or that parents expect, private enterprises like Little Thinking Minds and Fakker will rise – out of opportunity and necessity – to address the shortfalls.