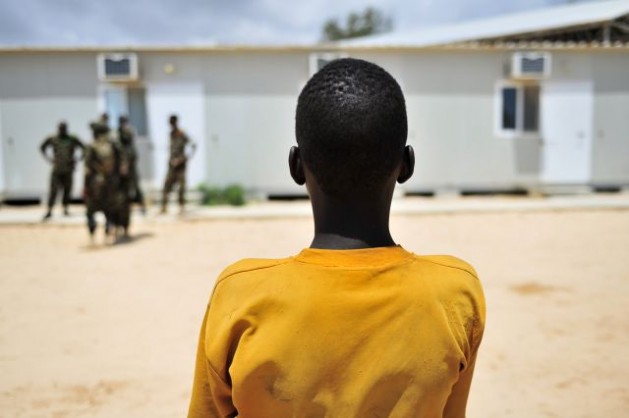 Because he was a child, Moses was the only one to survive. For the next 12 months, he was forced to serve the LRA as a soldier in the rebel group’s war against the Ugandan government.

“In the first month when I joined [the LRA], I was not comfortable with the things that were going on, but then I reached a situation where everything became almost normal." -- Moses Otiti

“The reason why they didn’t kill me was because they were really [looking for] people who were young…they really wanted to groom them as soldiers who can fight the battle against the government,” Otiti told IPS.

Conflicts in the modern age are being fought less frequently between states, and more often within them. And with this shift, the use of children in combat has emerged as a striking trend.

Researchers and those who work on the issue of child soldiers say that in conflicts where the phenomenon is present, there is a greater likelihood that mass atrocities will be committed.

“Children don’t have the same capacity to make decisions or to understand what may be right or wrong, or they might not have the same level of life experience or education to determine some of the things that an adult can,” Shelly Whitman, director of the Roméo Dallaire Child Soldiers Initiative, told IPS.

“It is a time when they are very impressionable and they are still figuring out their identity and moral compass.

“Problems of economics, development and social dynamics [are important] to look at as well,” she added. “When we get down to that level, it shows you that there are a whole wider set of problems, it is possible that when that is allowed to happen the [societal] degradation can go further.”

The role of violence

Moses describes the centrality of violence to the recruitment process, explaining how the LRA soldiers threatened to kill him, just like his father, unless he joined their army.

“For them to recruit you, they would cane you until you are at the point where you are about to die, and if you survive that means you can be a soldier. But if you die, that means you would not make a very good soldier…and that would be the end of you,” Otiti told IPS. 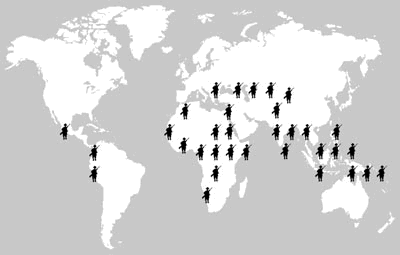 A map of where in the world most child soldiers are located. Source: A Window to the World

Commanders like children because it is easier to manipulate their psychological capacity to participate in mass atrocities. For example, Cambodian child soldiers under the Khmer Rouge were, as a result of this malleability, more ruthless towards civilians than adult soldiers, state Jo Boyden and Sara Gibbs in their book “Children of War”.

“Children are particularly affected by excessive violence because it occurs at a crucial stage of a human being’s development,” Marie Lamensch, assistant to the director at the Montreal Institute for Genocide and Human Rights Studies (MIGS), told IPS.

“The environment in which a child grows up affects his cognitive and affective development. Child soldiers, whether they kill or not, are exposed to physical and verbal violence, they are subject to fear and helplessness,” she said. “That trauma will affect the way they react to their environment, now and in the future.”

This is not to say that children do not have morals.

“[Children forced into military service] have their moral compass in the first few weeks of being abducted, and they know what they are doing is wrong, but the more they kill people, the more they rape or do other things like that, their brain and moral compass switches off,” Moses Makasa, director of development for Watoto, a Ugandan organisation which helps to rehabilitate former child soldiers like Otiti, told IPS.

Otiti’s experience echoes this process. “In the first month when I joined them, I was not comfortable with the things that were going on, but then I reached a situation where everything became almost normal,” he said.

“When I joined them (the LRA), I really felt that what they were doing wasn’t right, but then that thought kept on fading away from my mind…[But] I never liked it.”

Moses explained how this fading distinction between right and wrong made life with the LRA easier to manage.

Past, present and future

Several current conflicts display the correlation between child soldiers and the potential for mass atrocities.

South Sudan and the Central African Republic (CAR) are “two situations where grave violations of human rights are taking place and where there is a great danger of mass atrocities,” said U.N. Secretary-General Ban Ki-moon at a meeting of the General Assembly on Jan. 17.

On Feb. 4, the UN also published a special report on children in Syria’s civil war, which indicated the use of children in combat.

In 2002 the Optional Protocol to the Convention on the Rights of the Child on the involvement of children in armed conflict and the 1998 Rome Statute, which established the International Criminal Court, entered into force.

Child soldiers are “the most easily identifiable warning tool” for mass atrocities, said Roméo Dallaire, U.N. commanding officer in the 1994 Rwandan peacekeeping mission, Canadian senator and founder of the Roméo Dallaire Child Soldiers Initiative, connecting the recruitment of child soldiers as both a precursor and “primary weapon” of the genocide in Rwanda and any potential future genocide.

Since Moses Otiti escaped from the LRA during a firefight with government forces, he has worked to rebuild his life, and is now studying hard to become a doctor.

“When I was still there, there were certain things they would do, like killing people, and that is how I used to understand things. But when I came home…my understanding of taking peoples lives for granted really changed,” he told IPS. “Every person is very important.”

“These children who are suffering so much today are the ones who will either repair those societies or repeat the violence of these societies in the next generation,” Anthony Lake, head of the U.N. children’s agency UNICEF, said in February.

If the world does not seriously address the education and rehabilitation of these children, “we are going to lose generations,” he warned.