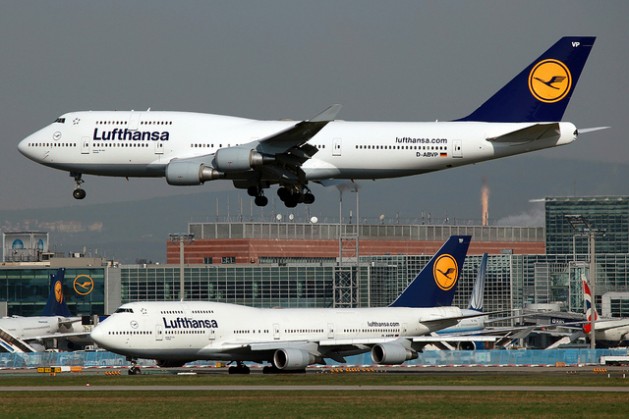 The global drawdown in the use of leaded fuel has resulted in benefits of some 2.5 trillion dollars a year. Credit: Bigstock

WASHINGTON, Apr 22 2014 (IPS) - Consumer advocates, public health workers and environmental groups here are calling on the federal government to take a formal step towards regulating the use of lead in aviation gasoline, despite a failure to do so for nearly two decades.

The United States is one of the few countries that continue to allow the use of lead in aviation gasoline, known as “avgas” and used in more than 150,000 small planes and helicopters at around 20,000 U.S. airports. Avgas is now the country’s largest source of lead in air emissions, with significant, universally acknowledged ramifications for the natural environment and, particularly, for human health.

"The EPA has the evidence it needs, the science is clear, so we really feel that there’s no need to wait any longer.” -- Kathy Attar

The U.S. Environmental Protection Agency (EPA), the lead regulator on such issues, ordered the removal of lead from the gasoline used in motor vehicles a decade and a half ago. Yet despite what proponents of new regulations say are clear scientific findings and a straightforward conversion process, the EPA has yet to weigh in on the matter.

“We already know there’s no safe threshold for lead exposure, and we also know that lead is toxic and a possible carcinogen even at low levels, leading to brain damage and learning disabilities,” Kathy Attar, toxics programme manager with Physicians for Social Responsibility, a consumer protection group, told IPS.

“These effects are particularly dangerous for children. The EPA has the evidence it needs, the science is clear, so we really feel that there’s no need to wait any longer.”

Few other countries continue to use leaded avgas, though Algeria, Iraq and Yemen did still do so as of late last year. The United States is not only the world’s most prominent laggard in this regard, but also by far avgas’s largest user.

Smaller aircraft tend to fly much lower to the ground than jet airliners, and hence their emissions can have a much more pronounced, immediate effect on human health (jet fuel is already lead-free). Further, lead stays in the environment for a long time, leading to a  “legacy lead” already left over from decades’ of use of leaded gasoline and paint.

Meanwhile, the global drawdown in the use of leaded fuel has resulted in benefits of some 2.5 trillion dollars a year, according to United Nations estimates from 2011. That study found that the economic benefits of this phase-out, primarily in terms of public health, outweighed the costs by 10 times.

Physicians for Social Responsibility is one of three advocacy groups now calling on the EPA to make what is known as an endangerment finding over the lead in aviation gas. This initial step would recognise that avgas lead causes pollution and that this pollution poses a threat to human health.

Such a finding would constitute a necessary first step towards eventually creating a new regulation on the issue. Yet some say that past EPA determinations on these issues already satisfies the requirements for a formal endangerment determination.

“The only showing required for a finding of endangerment is that lead emissions from aircraft engines fuelled by leaded aviation gasoline cause, or contribute to, air pollution which may reasonably be anticipated to endanger public health or welfare,” the new petition, filed with the EPA on Monday, states.

“In this case, both prongs of that test have been met … There is no need for further study. EPA has all of the evidence it needs to make an endangerment finding.”

The EPA was unable to comment for this story by deadline.

Another green group, Friends of the Earth U.S., has pushed this line with the EPA in the past, and been turned down. Indeed, the current petition is actually a request for reconsideration of a similar petition filed with the regulator in 2006, while two years ago a court refused to force the agency to take further action.

In 2010, the EPA did take initial steps to start drafting a rule, but that didn’t include the endangerment finding and the agency has since stated that it needs to undertake more analysis. In mid-2012 it responded to the original Friends of the Earth petition, however, and has said it could decide on future action by the end of 2015.

It didn’t commit to that date, however. And advocates say new evidence has emerged that wasn’t taken into account during the legal proceedings and past agency decisions.

“We’ve seen the EPA issue the results of a lead-monitoring study at 17 airports, including findings of lead levels higher than federal standards,” Marcie Keever, legal director at Friends of the Earth, which took part in Monday’s petition, told IPS.

“In addition, in 2011 a study from Duke University reported on the severe negative impacts of lead from aircraft, finding elevated levels of lead in the blood of those living within 500 meters of airports.”

The EPA’s powers have become intensely politicised in recent years, due both to the agency’s positioning as the prime regulator on greenhouse gas emissions and the perception that its rules often increase companies’ operating costs.

Keever acknowledges that the agency needs to be careful about its rationale for action, but also suggests that the issues surrounding leaded avgas are relatively straightforward.

“Because of the pressures the EPA faces whenever it moves forward with regulation, they want to be very thorough,” she says. “But we think this issue is much easier than, for instance, greenhouse gases – the science is extremely clear.”

In the past, members of Congress have pushed the EPA to go slow on the avgas issue. Particularly vocal have been lawmakers from the large northern state of Alaska, where small aircraft are especially important for reaching otherwise inaccessible communities.

“While we understand and share your desire to remove lead from avgas … we also need to ensure the EPA does not ban lead used in avgas until we have a safe, viable, readily available, and cost-efficient alternative,” 27 U.S. senators wrote to the EPA in 2011.

Now that situation could be changing. In December, Shell became the first major oil company to unveil a “lead-free alternative” avgas, and last year the U.S. Federal Aviation Administration formally noted that such alternatives exist.

Further, the economic burdens involved in such a transition could be relatively low. Currently, unleaded gasoline used in automobiles is actually cheaper than leaded avgas.

And while some new infrastructure would be required at airports, most aircraft would require no updating whatsoever. According to Friends of the Earth, some 75 percent of the current U.S. fleet could start using unleaded fuel with no retrofitting whatsoever.