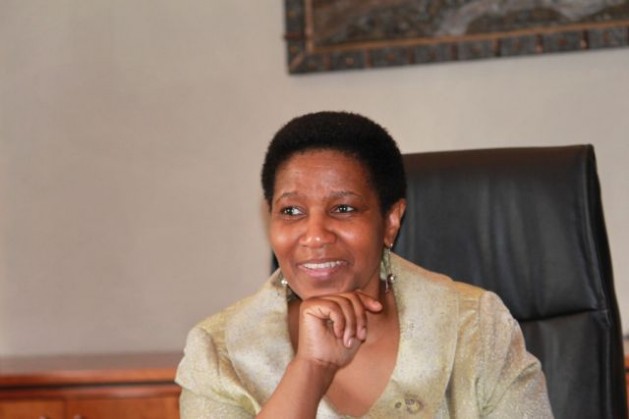 UNITED NATIONS, May 19 2014 (IPS) - Nearly 20 years ago, the world came together in Beijing for the Fourth World Conference on Women. There, 189 governments adopted a visionary roadmap for gender equality: the Beijing Declaration and Platform for Action.

More than 17,000 delegates and 30,000 activists pictured a world where women and girls had equal rights, freedom and opportunity in every sphere of life.

We must seize this once-in-a-generation opportunity to position gender equality, women’s rights and women’s empowerment firmly at the centre of the global agenda.

While much progress has been made in the past two decades, no country can claim to have achieved equality between men and women. It is time for the world to come together again for women and girls and complete this journey.

UN Women is launching a year-long campaign to re-energise the vision laid out at the Beijing Women’s Conference. Our goal is straightforward: renewed commitment, strengthened action and increased resources to realise gender equality, women’s empowerment and human rights. We call it: Empowering Women, Empowering Humanity: Picture It!

The Beijing Declaration laid out actions to address 12 critical areas of concern for women and girls across the globe.

Governments, the private sector and other partners were urged to reduce women and girls’ poverty, ensure their right to access education and training, safeguard their health – including their sexual and reproductive health, protect women and girls from violence and discrimination, to ensure that technological advances benefit all, and to promote their full and equal participation in society, politics, and the economy.

The Beijing Declaration and Platform for Action remains the most comprehensive global agreement on women’s empowerment and gender equality. If only it had been implemented!

Notwithstanding, today we can celebrate progress. More girls are going to school. More women are working, getting elected, and assuming leadership positions. But in all regions of the world, and in all countries, women continue to face discrimination because they are female.

We see it every day. In pay inequity and unequal opportunities at work… in stubbornly low representation of women leaders in the public and private sectors… in the continuing scourge of child marriage, and in the pandemic of violence experienced by one in three women globally – a number greater than the population of Europe.

Perhaps even more startling is the fact that if the Beijing negotiations occurred today, they would likely result in a weaker agreement. We all have a responsibility to keep pushing ahead for full implementation, because every time a woman or girl is held back by discrimination or violence, humanity loses.

Countries with higher levels of gender equality have higher economic growth. Companies with more women on their boards have higher returns to shareholders. Parliaments with more women consider a broader range of issues and adopt more legislation on health, education, anti-discrimination, and child support. Peace agreements forged by female and male negotiators last longer and are more stable.

Studies show that for every one additional year of education for women, child mortality decreases by 9.5 percent. Equalising access to resources and services for women farmers would boost output and eliminate hunger for 150 million people. A billion women will enter the world economy in the next decade. With equal opportunities, their impact on our future prosperity will be a global game-changer.

We can and must turn this picture to reality. Right now, every country is working to achieve the Millennium Development Goals by 2015, and to define a new global development plan.

We must seize this once-in-a-generation opportunity to position gender equality, women’s rights and women’s empowerment firmly at the centre of the global agenda. It is the right thing to do, and the best thing for humanity.

Men and boys, who have been silent too long, are beginning to stand up and speak out for the human rights of women and girls through initiatives like UN Women’s #HeForShe campaign. We call on all men and boys to join us!

Nearly 20 years after Beijing, I believe the world is ready to implement its vision of equality for men and women.

Today we launch a Beijing+20 campaign that will focus on progress, highlighting champions and effective work being done for gender equality. Every country will produce a report on the state of their women and girls, 20 years on. The campaign calls upon leaders and ordinary people alike to recommit and act to turn the vision of the Beijing platform into reality.

From Sweden, where in June people will gather to protect the human rights of women and girls, to September’s Climate Summit in New York, where women heads of State and activists will assert women’s role in protecting our environment, to India, where men and boys will make a show of force for gender equality in November.

And on International Women’s Day on Mar. 8, 2015, people in every country will make their voices heard for a better world.

Together we must achieve equality between women and men. There is no time to waste!