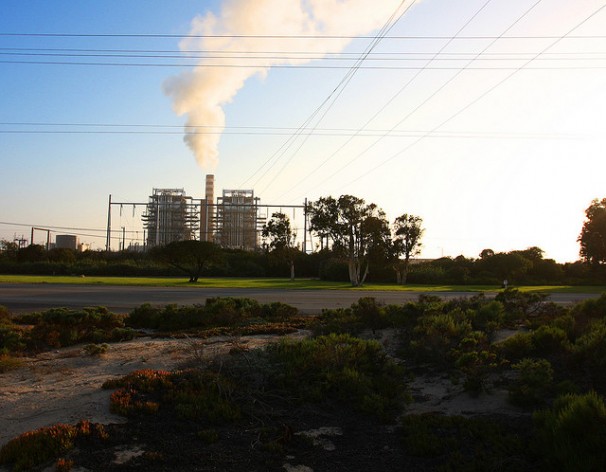 The new U.S. effort to reduce carbon emissions sends a powerful signal to the business and energy sectors that the country is moving away from coal and embracing energy efficiency and renewables, says the WWF’s Samantha Smith. Credit: Rennett Stowe/CC by 2.0

UXBRIDGE, Canada, Jun 3 2014 (IPS) - New efforts by the U.S. to reduce its carbon emissions are being welcomed around the world. On Monday the U.S. Environmental Protection Agency (EPA) announced a plan to cut carbon emissions from power plants 25 percent from 2005 levels by 2020.

This “is the strongest action ever taken by the U.S. government to fight climate change,” said Connie Hedegaard, the European Union’s Climate Action Commissioner.

“We’ve been waiting a long time to see who will be the first through the climate action doorway,” said the Seychelles Islands Ambassador Ronald Jumeau, who is a spokesperson for the Alliance of Small Island States (AOSIS). The very existence of many of these low-lying islands is threatened by sea level rise from a warming climate.

As the largest carbon emitter historically it’s important for the U.S. to take the lead, Jumeau told IPS.

“Now its time for other major carbon-emitting countries to step up,” he said. This is especially true for Japan, Canada and Australia, as well as China and India. “Small islands states are moving quickly to reduce our emissions and we cheer anyone who joins in.”

Several Pacific island countries hope to have their electricity from 100 percent renewable energy by 2020. Just last year the tiny country of Palau near New Zealand became the first nation to achieve this.

Other countries have also stepped up. China recently increased its renewable energy target and has banned new coal power plants in many urban regions. Just two weeks ago, Mexico increased its ambitious renewable energy target from 15 to 25 percent by 2018.
The U.S. announcement is one of a series of recent steps by a few countries to reduce emissions, said Samantha Smith, the leader of the WWF Climate and Energy Initiative.

“This is very encouraging and ought to inspire others to act,” Smith told IPS in an interview from Oslo.

In taking a strong public stance on emissions, the U.S. is sending a powerful signal to the business and energy sectors that the country is moving away from coal and embracing energy efficiency and renewables, Smith said.

“There are already more jobs and better jobs in the U.S. solar industry than in coal,” she added.

Jumeau said many countries will closely watch to see if the EPA can actually deliver on its promise given the contentious politics in the U.S.

The coal industry and its supporters in the Republican party will try to block the EPA, but they’re unlikely to be successful, said Alden Meyer, director of strategy and policy for the Union of Concerned Scientists in Washington, DC.

While the EPA action on power plants is a positive sign by the U.S., it’s not ambitious enough to prevent global warming from rising well beyond 2 degrees C, Meyer told IPS.

New and larger commitments to cut carbon are what U.N. Secretary-General Ban Ki-moon wants leaders to bring the Climate Summit 2014 in New York City in September.

“Ban Ki-moon has made it clear he wants commitments not speeches in New York. But it’s not clear what will happen,” said Meyer.

The European Union is the leader in cutting emissions – but it could and needs to do far more, said Smith.

“The EU has already reached its 2020 target but is unwilling to go further, when it could do more on renewables and energy efficiency,” she said.

She hopes the U.S. announcement will encourage the EU to be more ambitious in the run-up to the new global climate treaty to be finalised in Paris in 2015. Short-term reduction targets like 2020 are very important from an energy investment perspective, since they spell out where a country or region is going, she said.

Equally important is the scientific reality that carbon emissions must peak before 2020 to have a reasonable chance of staying below 2 degree C of global warming.

Jumeau says his colleagues at AOSIS are cautiously optimistic. They sense a change in the wind regarding public concern about global warming.

“Everyone around the world is suffering and its getting worse. The public is beginning to notice and see the impacts support scientists’ warnings.”