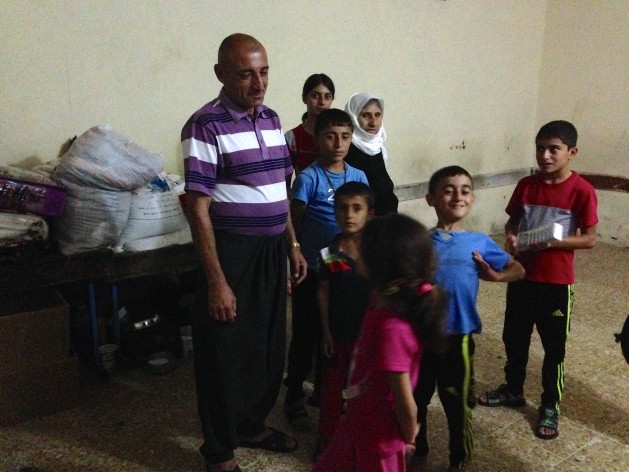 ERBIL, Iraq, Oct 7 2014 (IPS) - “We had ten minutes to leave our hometown,” says 33-year-old Kamal Faris who, together with his entire family, was forced to flee the threat of Islamic State (IS) fighters approaching his village.

The IS advance in this region, the autonomous Kurdish region of Iraq, has swelled the number of refugees. Overall, they are now estimated at more than 1.8 million people.

A small minority has found a temporary home with relatives living in other, safer cities, but for most of the refugees, this was not an option and entire families became refugees overnight. Faris’ family is one of them.

“Three weeks ago, schools had been due to open start the new school year but the at least 700 schools in the autonomous Kurdish region of Iraq that have been turned into refugee camps were unable to open their doors again for classes” 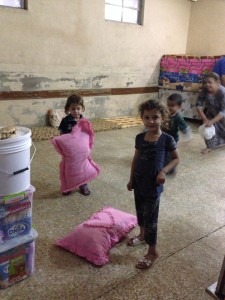 After what he says was the worst journey in his life, 33-year-old Kamal Faris arrived in Erbil with his wife, children, mother and his blind brother. “There were ten of us. We all had to fit into a tiny Opel, and drive away as fast as we could. We left everything behind, all our belongings,” he says, pointing at his feet, showing that he only brought the sandals that he was wearing.

“The children were sitting in the car with three on each other’s lap, their faces pale with fear. Inside me, everything was cracking from the pain of seeing them like that.”

Under normal circumstances, the drive from Sareshka, hometown of the Faris family, to Erbil takes three hours. But, recalls Faris, “we had to sit in a broiling car for over five hours, everybody was fleeing the city. Roads were packed and our car couldn’t reach its usual speed because we were too many.” 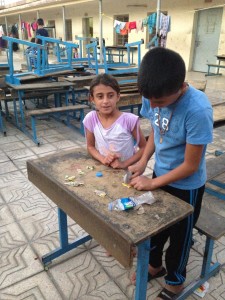 “With every rough spot in the road,” he continues, “we could hear the chassis of the car scrape on the asphalt. Nobody dared to move, out of fear that the car would break down under our weight.”

When they arrived, it was in the middle of the summer holidays and schools that had earlier been full of children were now makeshift homes for refugees like Faris.

At the Ishtar Elementary School, where Faris is taking shelter with his family, he and other refugees had hoped that this would only be a temporary solution and that they would soon be able to return to their homes. “I thought it would only be temporary,” says Wazira, Faris’ wife. “Two, three days maybe. Not more.”

Faris and his family have now been here for more than a month, together with dozens of other families, packed into the narrow classrooms of the school in the centre of Erbil.

Three weeks ago, schools had been due to open start the new school year but the at least 700 schools in the autonomous Kurdish region of Iraq that have been turned into refugee camps were unable to open their doors again for classes. Having believed, like many refugees, that the situation would not last, the Iraqi government has not been able to find an alternative solution.

The upshot is that there are now more than half a million children who are not going to school as planned this year.

“Despite the efforts of the Iraqi authorities, the children who are currently living in these classrooms, as well as the children who are supposed to come here to follow classes, have no access to education,” said Save the Children’s director in Iraq, Tina Yu. She is concerned that it could take weeks or even months to solve the problem.

The United Nations has released a statement requesting its humanitarian agencies to do all that they can to help the government find proper accommodation for the refugee families, hopefully before winter sets in.

But, for the refugees, staying until the winter is far too long. “We just want to go home. As soon as possible,” says Wazira.