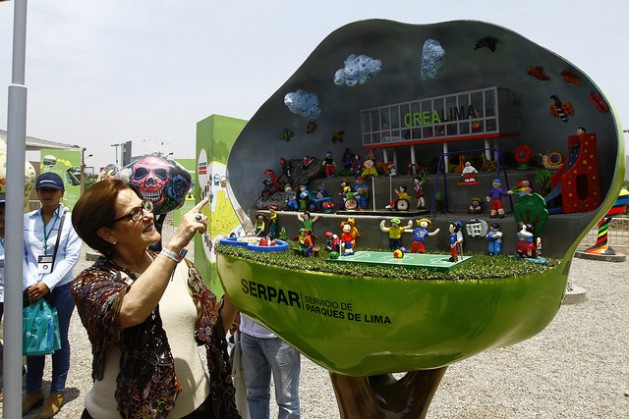 LIMA, Dec 4 2014 (IPS) - The international community’s post-2015 development agenda will depend, in key aspects, on whether the delegates of 195 countries meeting now at the climate summit in the Peruvian capital reach an agreement to reduce global warming, since climate change affects all human activity.

Climate change’s effects on agriculture, health, poverty reduction or housing among vulnerable segments of the population mean progress in the search for a solution to global warming will have a major impact on the Sustainable Development Goals (SDGs), said experts consulted by IPS at COP20.

COP20 – the 20th session of the Conference of the Parties to the United Nations Framework Convention on Climate Change (UNFCCC), taking place Dec. 1-12 in Lima, is to produce a draft of a new binding global treaty, with targets and commitments to curb the rise in global temperatures.

One case where increased awareness about climate change fuelled sustainable development efforts was among the coffee farmers of the Amazon jungle town of Pangoa in central Peru.

An outbreak of a plant disease, rust, drove home to them that climate change was something that affected them and their farming, to which they had to adapt.

“We are in the thick of the jungle and things like hurricanes or fires feel so far away,” the manager of the town’s agricultural cooperative, Raúl Castro, who is taking part in COP20, told IPS.

But the rust outbreak in his community was exacerbated by the rising temperatures, because “for rust to be a problem of this magnitude, it needs temperatures of 24 to 25 degrees Celsius, which we didn’t used to see at our altitude but now we do, so we have to adapt,” Castro said.

“It’s important to keep the goal, first of all to highlight the importance of climate change to achieve sustainable development, because these things are interlinked and for us the SDGs are a very good opportunity to communicate that,” Lina Dabbagh, the Climate Action Network-International’s (CAN-I) post-2015 development officer, told IPS.

On Thursday, the United Nations Secretariat will state in a report whether in its view climate change should be one of the SDGs, which at the end of 2015 will replace the eight Millennium Development Goals (MDGs) in the international community’s development agenda.

Dabbagh said the links between poverty and the fight against climate change must be emphasised. She added that “The SDG agenda is a good agenda to find the arguments about how both objectives can be achieved, and how we need to achieve them to get a better life for everybody, including our planet.”

The official position of CAN-I, the umbrella group of environmental organisations active on the issue of climate change within the negotiations, is that it is important to make this link explicit.

“We have to educate people about what will happen and the SDGs are a good opportunity to do so. More people are aware of the SDGs than of the UNFCCC process,” said the German activist, who lives in Mexico.

She said that making the fight against climate change one of the SDGs would be a good way to be heard by people who haven’t previously been reached.

The draft climate agreement, which is to be signed a year from now in Paris, is important not only to the climate change negotiators but for the U.N. sustainable development agenda as well.

The processes are at a key moment and they share the same path as they move towards the second half of 2015: the U.N. General Assembly is to ratify the SDGs in September 2015 and in November the COP21in Paris is to agree on a new climate treaty, to go into effect in 2020. 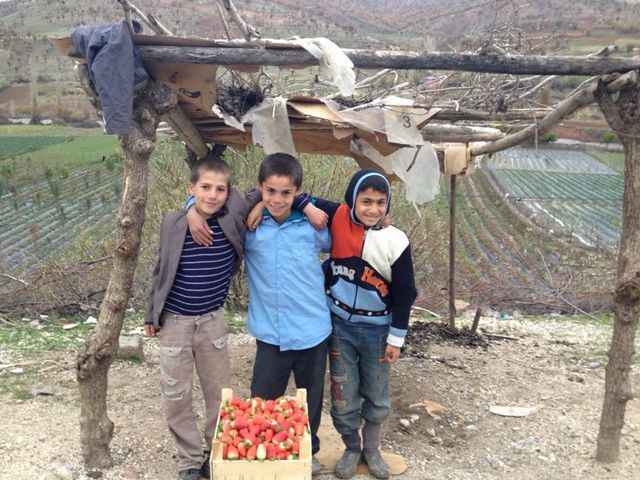 Turkish boys with a box of recently picked strawberries. The response to the effects of climate change on agriculture will be key to achieving the Sustainable Development Goals. Credit: PNUD

If the delegates at the General Assembly in New York manage to integrate climate change into the post-2015 development agenda, it would give a major boost to the climate negotiators in Paris.

That happened in the case of the Lima COP as a result of the Sep. 23 climate summit in New York, as well as demonstrations held in capital cities around the world, delegates and activists pointed out at the conference.

Above and beyond the talks, the agendas of both processes are interconnected at many points.

In its fifth assessment report, published Nov. 2, the Intergovernmental Panel on Climate Change (IPCC) pointed out that continued greenhouse gas emissions at or above current rates would hurt vulnerable populations the most.

Another report released this year, by Britain’s Catholic Agency for Overseas Development (CAFOD), says the IPCC, the most important source for the UNFCCC’s scientific, technical and socioeconomic information, could play the same role for the SDGs.

CAFOD climate and energy analyst Rob Elsworth told IPS.that all of the examples given by the IPCC, all of the issues it touches on, are directly related to the SDGs, which means it is equally relevant for them.

That is clear to civil society organisations focused on the development agenda, which have returned with renewed strength to the climate talks after their disappointment at COP15, held in 2009 in Copenhagen, where the countries failed to reach a hoped-for agreement on the reduction of carbon dioxide emissions.

“We reengaged in this debate because we are clear you really can’t talk about development without addressing climate change. The work we do with our partners in different countries, be it topics like agriculture or water, can’t move forward if you have a macro problem that undermines those,” said Elsworth.

The first two SDGs defined by the U.N. in July are poverty eradication and ending hunger through food security and sustainable agriculture. Both are directly linked to climate change, experts meeting at COP20 in Lima noted.

On Wednesday, agriculture day at COP20, organisations involved in farming underscored the links between climate change and agricultural practices. They also stressed the importance of small farmers in ensuring a sustainable future.

“The post-2015 agenda has already made goals to ensure that smart agriculture is a central element and all the worldwide agencies are actively influencing that agenda,” said Gernot Laganda, an International Fund for Agricultural Development (IFAD) climate change adaptation specialist.

By 2050 there will be two billion more people to feed, Laganda told IPS.

“If agriculture is not structured is such a way that it is climate-smart then it cannot achieve the sustainability required for the productivity increases without undermining natural resources,” he added.

IFAD presented a study at COP20 that shows investments in access to weather information, technology transfer and disaster preparedness are helping smallholders feed themselves and their families on a warming planet.