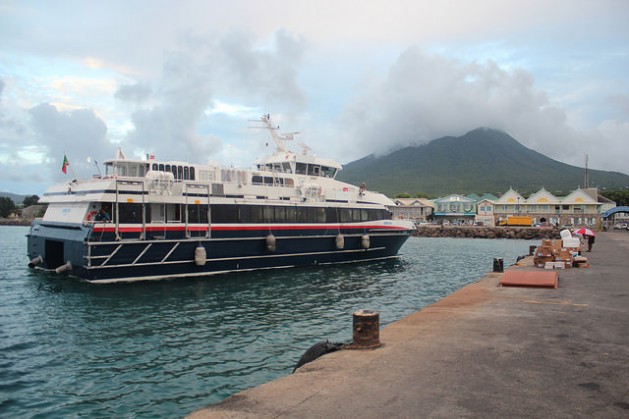 A ferry about to dock on the tiny Caribbean island of Nevis, whose volcano is being tapped for geothermal energy. Credit: Desmond Brown/IPS

LIMA, Dec 2 2014 (IPS) - The road towards a green economy is paved with both reward and risk, and policymakers must seek to balance these out if the transition to low-carbon energy sources is to succeed on the required scale, climate experts say.

“I think what is important is that in most of these processes you will have winners and losers,” John Christensen, director of the United Nations Environment Programme (UNEP) Centre on Energy, Climate and Sustainable Development, told IPS.

“Right now we need to talk about what will happen if countries don’t move along. Like all islands, you will be facing increased flooding risks. So in the green transition, countries need to look at how to make themselves more resilient." -- John Christensen of UNEP

“So you need to be aware that there are people who will lose and you need to take care of them so that they feel that they are not left out.

“You need to find other ways of engaging them and help them get into something new because otherwise you will have all this resistance from groups that have special interests,” said Christensen, who spoke with IPS on the sidelines of the 20th session of the United Nations Conference of the Parties (COP 20) which got underway here Monday.

The climate summit convenes ministers of 194 countries for the annual Conference of the Parties to negotiate over 12 days the legally binding text that will become next year’s Paris Protocol.

It will provide an early insight into what may be expected from the agreement with regard to the long-term phase-out of coal-fired power plants, the rate of deployment of renewable energies, and the financial and technological support for the vulnerable and least developed countries.

Nevis, a 13-kilometre-long island in the Caribbean, recently announced that it was “on the cusp of going completely green.” Deputy Premier and Minister of Tourism Mark Brantley outlined the Nevis Island Administration’s vision for tourism development and in particular, replacing fossil fuel generation with renewable energy resources.

“Besides reducing a country’s carbon footprint, concern about waste management is a particularly challenging issue for all nations” he said, sharing Nevis’ initiative to create an environment-friendly solution for its waste management with the Baltimore firm, Omni Alpha.

Brantley said the waste to energy agreement will be coupled with the construction of a solar farm to ensure that a targeted energy supply is met.

“It is these developments, along with the progress that has been made on developing our geothermal energy sources, that promise to make Nevis the greenest place on earth,” he told IPS.

Christensen said as they embark on the road towards green economies, Caribbean countries could take lessons from his homeland, Denmark.

“You had shipyards for years and years and they couldn’t compete with Korea and China when they started building ships so the government for a long period kept pouring money into them to try and keep them alive instead of trying to transition them into something else,” he explained. “Now they are producing windmill towers and other things that are more forward-looking.” 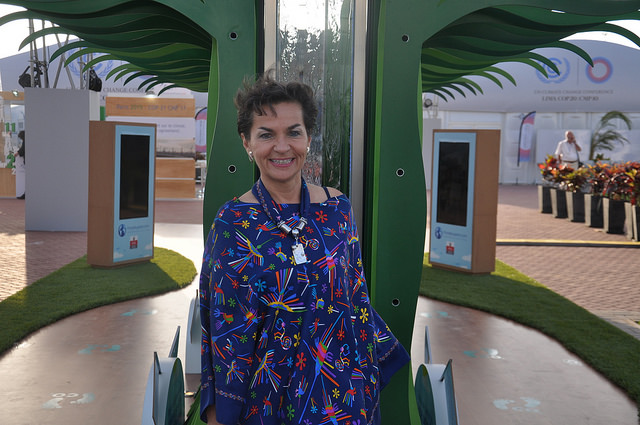 For the countries in the Caribbean, Christensen said a lot of them now use fuel oil or diesel for power production plus a lot of petrol for cars, all of which is imported.

But he said few of the islands have the necessary financial resources for the yearly fuel import bill, which is “quite expensive.”

He said these countries should capitalise on their geographical location, which offers “lots of sunshine, potential for biomass and wind.”

He pointed to Cuba, which “has made quite a transition using solar energy in the energy sector,” adding that other countries in the Caribbean have moved to forest conservation and are using more of the resources from the environment that wasn’t considered of value.

“Right now we need to talk about what will happen if countries don’t move along. Like all islands, you will be facing increased flooding risks. So in the green transition, countries need to look at how to make themselves more resilient, look at water for your agriculture,” he said.

“I think there are ways of improving efficiency because it’s getting warmer and because of where you are [you need to] look for new opportunities in the green economy that can also protect you against future climate change,” Christensen added.

The Climate Technology Centre and Network (CTCN), the operational arm of the UNFCCC Technology Mechanism, promotes accelerated, diversified and scaled-up transfer of environmentally sound technologies for climate change mitigation and adaptation, in developing countries, in line with their sustainable development priorities.

The CTCN works to stimulate technology cooperation and enhance the development and transfer of technologies to developing country parties at their request.

Spensley said the Dominican Republic is also in discussions with CTCN on submission of a request on renewable energy production.

In recent times, the Caribbean Development Bank (CDB), the region’s premier lending institution, has been stepping up efforts to attract investment in green energy and climate resilience projects in the Caribbean.

The Bank’s president Dr. Warren Smith said much of the eastern Caribbean – the smallest Caribbean countries – have large amounts of geothermal potential, allowing them to dramatically reduce their fossil fuel imports and put them in a position where they could become an exporter of energy because of the proximity of nearby islands without these resources.

Smith is confident the countries are buying into the idea of transforming the region into a prosperous green economy that reduces indebtedness, improves competitiveness, and starts to tackle climate risk.

As countries get down to the business at hand here in Lima, Christiana Figueres, executive secretary of the United Nations Framework Convention on Climate Change, urged the 12,400 attendees to aspire to great heights, drawing several critical lines of action.

“First, we must bring a draft of a new, universal climate change agreement to the table and clarify how national contributions will be communicated next year,” she said.

“Second, we must consolidate progress on adaptation to achieve political parity with mitigation, given the equal urgency of both.

“Third, we must enhance the delivery of finance, in particular to the most vulnerable. Finally, we must stimulate ever-increasing action on the part of all stakeholders to scale up the scope and accelerate the solutions that move us all forward, faster,” Figueres added.