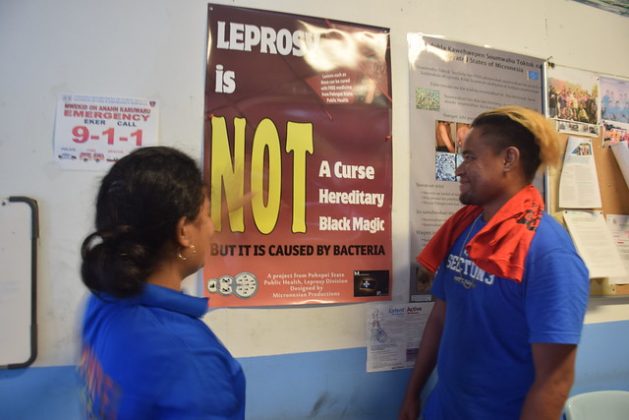 MANILA, Sep 9 2019 (IPS) - Increasing awareness of the continuing existence of Hansen’s Disease (leprosy) is critical to sustaining effective public health efforts against the disease, eliminating the social stigma associated with it, and halting its transmission.

That was the consensus reached by participants at the Global Forum of People’s Organisations on Hansen’s Disease in Manila on Sept. 9, following a lecture by Dr. Arturo Cunanan, the Chief Medical Officer of the Culion Sanitarium and General Hospital in the Philippines. The forum was organised by Japan’s Sasakawa Health Foundation (SHF) and The Nippon Foundation, which support elimination of the disease globally and provide information and awareness about the disease through a specifically focused website.

Cunanan noted that for several years, the number of new cases has plateaued at about 200,000 per year, a troubling statistic that he attributed in part to a lack of awareness among public health bodies as well as people affected by the disease.

The social stigma attached to leprosy is a barrier to early detection of the disease, which is the key to slowing its rate of transmission. Cunanan said that the average length of time between the onset of the disease and the beginning of treatment is about two years.

This happens because on the one hand, patients are unaware of medical help available to them, unwilling, or otherwise unable to seek treatment due to stigma; and on the other, a lack of expertise and resources on the part of public health departments due to a misunderstanding of the persistence of the disease.

“Many public health and government officials confuse elimination and eradication,” Cunanan told the forum participants. “They think that leprosy being eliminated as a public health problem means it has been eradicated, so they are surprised when they learn it still exists.”

What this has resulted in is a decline in the material and human resources available for combatting leprosy. “Leprosy will never be a priority” for government health programmes, Cunanan said. “There are more pressing problems, bigger emergencies.”

The Philippines is a good example. The disease is considered a minor problem, and the number of new cases each year is relatively low – there were 2,108 new cases in 2017, out of a national population of about 107 million – but has been relatively consistent year after year, “between 2,000 and about 3,000”.

Because of the mistaken belief that leprosy has either disappeared entirely or has become rare, medical expertise and programmes have disappeared from public health institutions. That in turn has degraded the supervision and monitoring needed to identify new cases and prevent the transmission of the disease, Cunanan explained.

Lucy Massao, a member of the Tanzania Leprosy Association (TLA), noted that the stigma and lack of understanding of leprosy among the public in her country was also reflected in the shortcomings of the public health framework.

“We at TLA really spend a lot of time trying to educate people, including the officials,” she said. “Many patients, the health officials refer to us, because they cannot offer much support except for the medications. But they are improving, through working with us.” Yaoqiang We (left) and Sally Qi (right) of HANDA Rehabilitation and Welfare Association, a leprosy-affected people’s organization in Guangzhou, China, has been so successful with sustainability models that these have been recognised by the government. Credit: Stella Paul/IPS

Public health authorities elsewhere are also gradually recognising the value of the organisations of people who have been affected by leprosy. “You are the best experts,” Cunanan told the forum participants, “Because you have first-hand experience.”

In the Philippines, collaboration with people’s organisations such as Coalition of Leprosy Advocates of the Philippines has actually been included in official policy. Philippine Assistant Secretary of Health Dr. Maria Laxamana, who delivered the keynote address on the forum’s first day, noted that “intensified collaborative efforts among [government] agencies and with private partners” is a key objective of the government’s National Leprosy Control Programme.

Dr. V.R. Pemmaraju of the World Health Organisation’s (WHO) Global Leprosy Programme said that there has been a marked growth in talent and inclusiveness among people’s organisations, which is increasing their effectiveness in supporting and extending public health efforts towards leprosy.

“What we’re seeing, and you can see it at this forum, is that the groups are more global, include more women, and are more educated about the disease and the support needed,” Pemmaraju told IPS.

“This has been very good from the point of view of the WHO, because of the added social aspect of the Global Leprosy Partnership,” he explained. Where people’s organisations still need to develop is in working effectively with governments.

“They [the organisations] have the experience and knowledge about leprosy, but what I’ve seen is that most need more skills in negotiating and engaging with government officials,” Pemmaraju said. “There is still some gap in inclusion of people’s organisations in forming public health policy [related to leprosy], and developing those skills would help to reduce that.”

Pemmaraju is upbeat about the prospects of people’s organisations gaining a bigger voice in public health policy towards leprosy.

“In each of these meetings, I see the groups growing globally and gaining more influence,” Pemmaraju said. “With the engagement of the people’s organisations, we [the WHO] are optimistic that we can achieve our goal of ‘zero leprosy.’”