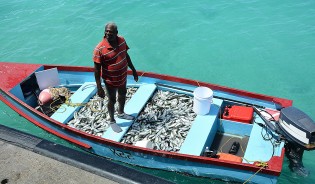 By Desmond Brown
With the exception of oil rich Trinidad and Tobago, most, if not all, other Caribbean islands are extremely vulnerable when it comes to the high costs of imported fuels that are easily disrupted by natural disasters and other phenomena.

By Desmond Brown
When it comes to pursuing a greener path to economic development, the tiny Caribbean island of Barbados is not about to allow its small size and limited resources to get in its way.

By Desmond Brown
Mere weeks ago Arthur Smith, who has been farming here for more than 20 years, was dangling thousands of carrots in front of local consumers, but there were no buyers to be had.