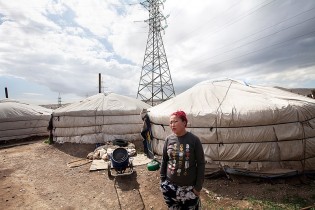 By Michelle Tolson
The Oyu Tolgoi copper-gold mine in the southern Gobi desert in Mongolia has become a symbol of a looming crisis: a limited water supply that could be exhausted within a decade, seriously threatening the lives and livelihoods of the local population.

By Pearly Jacob
If all goes as envisioned on Jun. 28, Mongolia's parliament will no longer be a male bastion.
ADVERTISEMENT ADVERTISEMENT