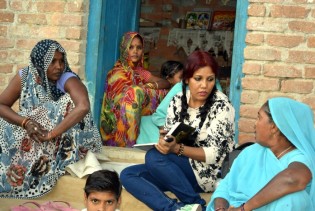 Journalist Stella Paul was midway through an interview about toilets when she found herself, and the women she was speaking to, under attack from four angry men.

By Ivet González
Most people in Cuba without toilets use the traditional outhouse. But an innovative, ecological alternative is catching on in remote rural communities.

By Fabiana Frayssinet
Summers in northeast Argentina are hot and humid. At siesta time, the people of this rural municipality like to drink “tereré” (cold yerba mate), which until now they had problems preparing because of lack of clean water or electricity. But sometimes small donations can make a big dent in inequality.

By Thalif Deen
Even as the United Nations laments the fact that more than 2.5 billion people in the developing world are still without adequate sanitation, both Japan and South Korea have gone upscale: offering automated toilets and piped-in classical music.