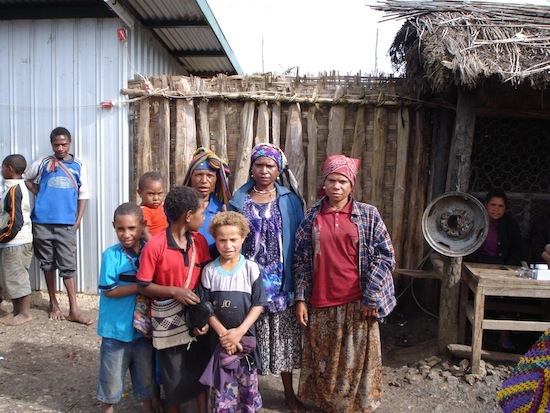 In the long term, it could help to reduce the high numbers of female and juvenile victims of abuse.

Village courts wield immense influence within the mainly rural population in Papua New Guinea. Many live in areas too remote to access the formal judicial system in the capital, Port Moresby, and main urban centres. Equipped with 1,414 courts and 14,000 officials, the village court system, managed by provincial governments, administers justice in 90 percent of all villages and hears up to 600,000 cases per year.

Restorative justice is mainly used in the village context where mediation between parties aims to preserve social harmony. Traditionally, village court magistrates who do not have legal training employ local customary practices to deliver restorative justice. But serious government concerns about widespread violence against women and children have prompted action to overhaul the training and capacity of village court officials and community leaders.

According to Margaret Inamuka, who presides as magistrate of the Kabiufa Village Court in the Eastern Highlands, “Most cases involve adultery, violence against women and eviction of women and children from their homes.”

Women and children’s rights are especially critical in instances of violence, neglect, the customary tradition of marrying girls as young as 14 years old, sexual exploitation, discrimination against adopted and homeless children and those with HIV/AIDS, allegations of sorcery and the repayment of bride price in divorce cases.

Papua New Guinea ratified the Convention on the Rights of the Child (CRC) in 1993, the Convention on the Elimination of Discrimination against Women (CEDAW) in 1995 and introduced the Lukautim Pikinini (Child Protection) Act in 2009. The nation’s constitution also contains the provision that customary practices may not be applied if they result in injustice.

But the remoteness of many communities and poor rural infrastructure has hindered effective implementation of these national and international agreements.

The Women and Children’s Access to Community Justice (Child Protection) Progamme, initiated by the Village Court Secretariat, began a pilot phase in 2007 with funding and technical expertise provided by the United Nations Children’s Fund (UNICEF).

Its vision is to strengthen community protection of the most vulnerable members of society.

The pilot programme was conducted in the Eastern Highlands, Simbu, Milne Bay, East Sepik and Western Highlands provinces. Training tailored to community and women leaders, village court officials and youth representatives addressed human rights, the right to non-discrimination, the unacceptability of violence against women, CEDAW and CRC commitments, juvenile justice, the importance of building a protective environment for children and facts about HIV/AIDS.

According to Dora Kegemo, provincial technical advisor for the Women and Children’s Access to Community Justice Programme in the Eastern Highlands, “The programme was a cultural breakthrough. In Papua New Guinea, some cultures are good; (for instance), when a child has lost both parents, other members of the family must support the child, give the child a home and pay for school fees. We are empowering this culture.”

“The bad culture is when the men (don’t) allow women to talk about their rights,” Kegemo continued. “We are improving the knowledge and skills of the people, (increasing) women’s participation, their freedom of expression and right to make decisions.”

A few steps forward for justice

Bride price is one customary practice the programme is seeking to address.

“In customary marriage, men often think because they have paid bride price they own the woman,” Kegemo said. “If a man happens to do anything against the woman’s will, the woman has limited powers to stand up for her rights. Under the new programme, (women’s) basic human rights are prioritised. The woman must have freedom, regardless of bride price.”

“Our custom is that when a child is adopted, the child is owned by the adopted parents,” Kegemo explained. “If the child suffers abuses, he or she has no choice but to stay with the adopted parents. We (now) say that the child has the right to know the identity of their biological parents, so the child’s needs are addressed fairly.”

Hopefully, the programme will lead to increased numbers of female village court magistrates, more cases of family violence being reported and widespread community understanding that violence against women and children is unacceptable.

A UNICEF spokesperson reported that an external evaluation of the programme conducted in 2010, and expected to be released by the government at the end of this year, “indicates progress for women in accessing justice through the village courts and a significant increase in community members’ awareness of children and women’s rights, particularly compared to districts where the programme is not implemented.”

Women’s voices are also growing louder in the public domain. “The trained women leaders are very empowered, they are involved in (decision making) in the wider community, in the family, churches and community development programmes,” Kegemo remarked.

“They have become wise and confident and are role models for other women to stand up for their rights.”

She highlighted examples of “men accepting the courts’ decisions. They are starting to speak more positively about women and are telling other people to respect women’s decisions.”

Still, according to Inamuka, some attitudes will take longer to change.

“People get the message on our rights, but there are still many men who are jealous of us because we are speaking well and confidently,” she said. “Most men are cooperative, but there are a few who need more awareness.”

Roseanne Koko, senior counsellor at Eastern Highlands Family Voice, an NGO that supports victims of domestic violence, pointed out that 60 percent of reported incidents are settled via mediation and compensation, rather than the courts. Compensation money is often distributed within the extended family, leaving the victim without justice and increasing the likelihood of the perpetrator reoffending.

According to UNICEF, “A significant contribution of the programme to address gender inequality is the support (for) and empowerment of women to use their voice both as leaders and as rights holders. Village court magistrates in the pilot communities are more likely to refer domestic violence cases to the police or district courts, which have authority to deal with them.”

As police are not stationed in villages, extreme cases of violence are referred to the formal judicial system at the district level.