OUAGADOUGOU, Oct 5 2012 (IPS) - Despite an abundance of rain, promising good harvests for the current growing season, small-scale farmers and non-governmental organisations are calling for support to smallholders to be maintained with a view to eradicating food insecurity in Africa’s Sahel region.

The Permanent Interstate Committee for drought control in the Sahel forecasts that between 57 and 64 million tonnes of grain will be harvested in West Africa in 2012-2013, representing an increase of between five and 17 percent over the previous season.

“According to some studies, around 30 percent of cereal production is lost during and after harvest due to inappropriate harvesting techniques, threshing and storage; so you can understand that we’re only cautiously optimistic (there will be enough food for all),” said Roland Béranger Béréhoudougou, the regional head of disaster response and humanitarian assistance for the NGO Plan International.

But ROPPA, the West African Network of Smallholder Organisations and Producers, and the international charity Oxfam say the region is still facing its third major food crisis in less than a decade. 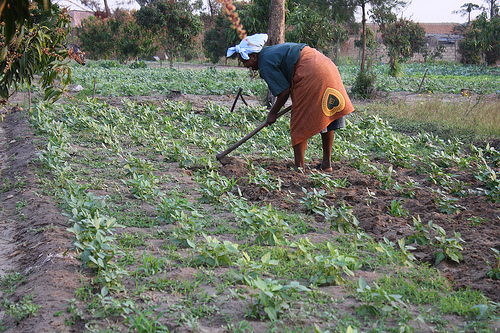 To avoid the next drought becoming a humanitarian emergency, they say, donors and governments must support investment in the productive capacities of small producers and build up reserve stocks of food. This will enable a swift response to future crises and help communities to manage volatility.

Oxfam noted that even in a year when harvests are good, 20 percent of the population suffers from malnutrition and hunger while 230,000 children across the Sahel die from causes linked to hunger.

In addition, the instability in Mali – where a transitional government is struggling to come to grips with the capture of the northern part of the country by Islamist groups – threatens to provoke a sharp drop in production of rice in the north, by as much as one- third, while half of all livestock could be lost in some regions, the group said.

“We’re in crisis every other year,” said Issiaka Ouandaogo, head of humanitarian affairs at Oxfam’s office in Burkina Faso. “So even when we have a good year, 20 percent of the population in the Sahel still faces food insecurity. We need to help small producers boost their resilience. That means access to seeds and agricultural inputs must be the focus.”

In some villages in Niger’s western region of Tillaberi, smallholders who owe money to local merchants have pre-sold their millet crop for the equivalent of 14 dollars a bag – sometimes even less – while the real price of a bag of millet in the period immediately following the harvest is between 20 and 30 dollars, according to Béréhoudougou.

“We need to put an end to the hellish cycle of debt for rural households with a variety of actions such as cash transfers, cash-for-work programmes, micro-finance and cereal banks,” said Béréhoudougou.

“There’s support for farmers in Burkina Faso,” said Bassiaka Dao, president of the Burkinabè Peasant Confederation, “but it doesn’t match the needs of producers on the ground. Farmers need to be educated on the management of improved seed and subsidised fertiliser.”

According to Dao, 80 percent of small producers don’t enjoy this type of support from the government. Every year, he told IPS, the distribution of fertiliser and seed is announced, but then nothing is delivered, or farmers get too little – just one or two bags of fertiliser for the whole season.

In the west of Burkina Faso, Oxfam has put 20,000 dollars into a fund for small loans to allow farmers to buy these vital inputs for themselves. Their needs are modest, Dao told IPS: 40-60 dollars for a farmer working one hectare, perhaps

According to Dao, since it was set up in 2010, Oxfam’s rolling fund has helped 120 producers in that part of the country. The rate of repayment has been excellent: this year, 184 farmers will get loans from the fund, which has grown to 46,000 dollars.

“The fund’s beneficiaries are today producing 2,000 tonnes of grain between them. Some have bought livestock and escaped poverty,” said Dao, who wants to see a credit system adapted to the revenue of small farmers. “None of the formal banks or micro-finance institutions match up to our needs in terms of credit.”