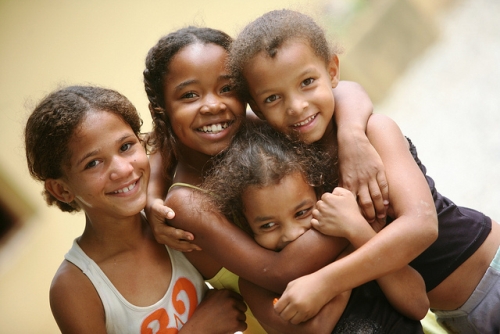 RIO DE JANEIRO, Nov 14 2012 (IPS) - If a black woman and a white woman both need emergency obstetric care, a Brazilian doctor will assist the white woman because of the stereotype that black women are better at handling pain and are used to giving birth.

Because of cultural and social conventions in Brazil “blacks are seen in terms of stereotypes, and that leads to them not having the same guarantees in healthcare treatment as whites have,” Crisfanny Souza Soares, a psychologist with the National Network for Social Monitoring and Health of the Black Population, told IPS.

A campaign in Brazil is seeking to combat these stereotypes, which reflect racism that undermines public health, in the country’s hospital system.

The Pro Health National Mobilisation of the Black Population was launched this year by Afro-Brazilian organisations with support from the United Nations Population Fund (UNFPA).

The aim of the campaign, whose theme is “Long, healthy life free of racism”, is comprehensive healthcare at all stages of life. It encourages society, and especially the health system, to fight discrimination, in order to bring down the high mortality rates among the country’s black population.

“Practically all health indicators for black women are worse than for white women,” said Souza Soares. “In breast cancer screenings, doctors spend less time checking the breasts of black women, and black women receive less anaesthesia when they give birth.”

Half of Brazil’s 192 million people define themselves as “black” in the census.

The Health Ministry, which has been implementing an integral national policy targeting the black population in the Unified Health System (SUS) since 2006, has carried out studies to detect stereotypes and racism.

“The idea that blacks are better at handling pain and at living with illnesses is prevalent throughout the health system, from nursing assistants to doctors,” said Deise Queiroz, coordinator of the Articulação Política de Juventudes Negras, an organisation focused on youth policies in the northeastern state of Bahia.

Queiroz has experienced that in person, especially when she goes to the doctor with her mother, a diabetic with high blood pressure who is frequently in need of assistance from the public health system.

The activist told IPS that the SUS, a model in terms of democratising healthcare, has failed to meet the high level of demand, “and racist attitudes have become more overt.”

The Brazilian constitution says healthcare is a universal right, and it is the duty of the state to guarantee its provision. And the SUS establishes that everyone has the right to quality, humane treatment free of discrimination.

But racism persists, both obvious and subtle. “It is reflected in the living conditions of people and in the way health services are organised and policies are formulated,” Fernanda Lopes, a UNFPA representative in Brazil, told IPS.

“That is why specific policies aimed at achieving equality must be crafted,” she said.

An epidemiological study by the Health Ministry provided concrete information to help design policies, such as indicators like prenatal care, types of births, low birthweight, and maternal-child morbid-mortality rates broken down by race, skin colour and ethnicity.

It also analyses other aspects, such as the right to and access to family planning, which are much more precarious among black women.

This aspect is a central focus of the UNFPA State of World Population 2012 report released Wednesday Nov. 14, entitled, “By Choice, Not by Chance: Family Planning, Human Rights and Development”.

There are also differences in child mortality rates. The risk of a black or mixed-race child dying before reaching the age of five as a result of infectious or parasitic diseases is 60 percent higher than the risk faced by a white child. And the risk of dying of malnutrition is 90 percent higher.

“They say the worse health indicators among the black population are because most black people are poor, which makes them more vulnerable, said Souza Soares. But other variables, which are simply reflections of racism, cannot be denied, she argued.

“If we see two young men in a hospital, both of whom were shot, it’s more likely that the white youth will be seen as a victim, while it will be assumed that the young black man is there because he was involved in a crime,” she says.

And sometimes this reflection of the “cultural imaginary…determines how a health professional establishes priorities of who gets medical attention first.”

Another concern involves the diseases prevalent in the black population, such as sickle-cell anaemia, type 2 diabetes, and hypertension, for which the health system does not have specific policies.

Black women are 50 percent more likely than whites to develop type 2 diabetes, and high blood pressure is two times more prevalent among black women than among the general population.

And in the case of sickle-cell anaemia, which could be detected in newborns, some 3,500 Brazilian children are born with the disease every year, making it the most common genetic disorder in Brazil, according to the Pro Health National Mobilisation of the Black Population.

“The black population generally dies at a younger age, and deaths due to avoidable causes are more frequent,” Lopes said.

The policy aimed at combating discrimination in healthcare “should minimise the impact of longstanding inequalities by means of affirmative action strategies,” she said.

UNFPA is working with the government and the black movement to strengthen the policy and the training of professionals needed to implement it.

“The challenge is to answer the question why in a country where blacks represent 50 percent of the population, we have such different health situations,” the Health Ministry admitted.