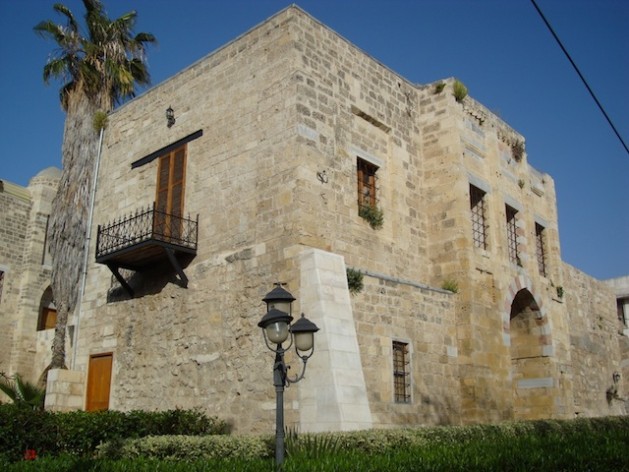 GAZA CITY, Apr 2 2013 (IPS) - “We wanted to help foreigners in Gaza, so we created an English map of Gaza City,” says Amir Shurrab, one of the minds behind the foldable Gaza Tourist Map.

At the time a lecturer for the University College of Applied Sciences (UCAS), Shurrab led a team of Geographic Information System (GIS) professionals and students in mapping Gaza City street by street in 2009. “GIS drawing is usually aided by satellites, but the Israeli occupation authorities prevented us from using the nearest satellite,” says Shurrab. “So we used one further away.

“We also wanted to share Gaza’s beauty and culture, to show a different face from what is seen in the media,” says Shurrab, referring to the images of Palestinians maimed and killed by Israeli bombings and shootings.

The map, also available on the Internet, is a cheery rendition of Gaza City’s highlights, and also optimistically depicts fishing boats in Gaza’s sea, an irony for Palestinian fishers daily targeted with shooting, shelling and abductions by the occupying Israeli navy.

Among the icons representing Gaza’s cultural and historic sites, as well as practicalities for daily life, non-governmental organisations (NGOs) outnumber all else, followed closely by pharmacies, businesses and mosques.

Sites like the Pasha Palace, a former British prison and current an antiquities museum, as well as the Great Mosque and the Turkish bathhouse are among a few of the cultural historic highlights not completely damaged by Israeli bombing.

Other sites, although not touristic, merit mention as an important part of Gaza’s recent history. One is the closed Palestinian Airlines office, of no use after Israel repeatedly bombed Gaza’s sole airport.

The many pharmacies listed, and those not listed, on the tourist map may or may not have vital medicines and supplies. Under Israeli siege, the Strip has suffered years of drug shortages.

In January 2013, Gaza’s central drug store was completely out of 32.7 percent of the 480 essential drugs and 52.2 percent out of the 902 essential medical disposables, according to the United Nations.

In Gaza’s old city area, the Saaha market is a key market for produce, spices and clothing, and although many of its buildings and streets have been damaged by Israeli bombing, the old architecture is intact in many places.

Not far from Saaha, a sign at the entrance of Gaza City municipality’s main building reminds visitors both of the proximity of Palestine’s capital city, Jerusalem, and of the bitter irony that although only 78.96 km away according to the sign, most Palestinians in Gaza are not allowed to see Jerusalem.

The Israeli rights group, Gisha, points out that since 2000, Israel has banned Gazan Palestinian students from studying in the occupied West Bank or Jerusalem. Gisha also notes that this ban applies to nearly all of Gaza’s Palestinians, the minor exception being some, but not all, of the medical patients referred to hospitals outside the Strip.

Amir Shurrab notes the Palestinian desire for travel between Gaza and the occupied West Bank and Jerusalem. “The majority of Palestinians haven’t travelled between the West Bank and Gaza. Palestinians in Gaza are forced to stay in a big prison all their lives.”

With similar aspirations to the Gaza Tourist Map, UCAS also has a webpage devoted to promoting Gaza and tourism. The page highlights Gaza’s history and beauties, as well as practical information regarding climate, currency, culture and economy.

Under economy, UCAS notes Gaza’s historic reliance on growing and exporting produce and making furniture, food products, and textiles. UCAS also lists tourism as a key aspect of Gaza’s economy, as well as fishing and trade, all of which have become virtually impossible under Israeli occupation and the Israeli siege on Gaza which since 2006 has banned virtually all exports from the Strip.

A visit to Gaza’s Arts and Crafts village near the Islamic University offers a glimpse at Gaza’s historic culture and of the array of goods once produced and exported from the besieged Strip.

Handiwork like embroidered clothes and decorations, as well as pottery, tiles, and paintings are among the crafts on display in the buildings themselves, which are examples of Gaza’s old-style earthen architecture.

Gaza City’s coastal al-Deira hotel is another example of the earth-tinted architecture and is one of the few upper-end hotels in the Strip. It is also one of few that hasn’t been seriously damaged or destroyed by Israeli bombing.

Other than receiving solidarity delegations, hosting foreign journalists and catering to international NGO staff, the Deira is an escape for the very few of Gaza’s 1.7 million residents who can afford to have a meal or smoke a water-pipe in its restaurant-café.

Rami Mortejer, 35, director of al-Badia, says that the well-known Gaza City restaurant fared better when borders were open and some tourism was allowed.

“When there was no siege, more people came. They loved the décor,” he says of the restaurant’s wooden beams, tables and chairs, and bright embroidered cushions. “Yes, more foreigners come to Gaza now, but not for tourism. They work in the NGOs,” says Mortejer.

Despite his enthusiasm for foreign guests, Amir Shurrab is also pragmatic about the realities of living in the Gaza Strip.

“Due to the hard situation here, and the obstacles that occupation creates, I don’t think that Gaza would attract tourism nowadays.”

With daily power outages of eight hours or more, generators emitting smoke and noise as they make up for cut power, and the means of getting into Gaza limited for most potential visitors to the Egyptian-controlled Rafah crossing, entering and living in Gaza is far from a tourist’s ideal.

Instead, Shurrab says, Gaza attracts solidarity: NGO workers, journalists, and solidarity activists who come to witness life under siege and Israeli military occupation, and who are willing to put up with the trials of life in the Strip.

Many governments issue warnings against travel to the Gaza Strip.

“This was another reason we created the tourist map,” says Amir Shurrab. “Our message is, ‘Welcome to Gaza. The people of Gaza are friendly and hospitable to visitors.’”