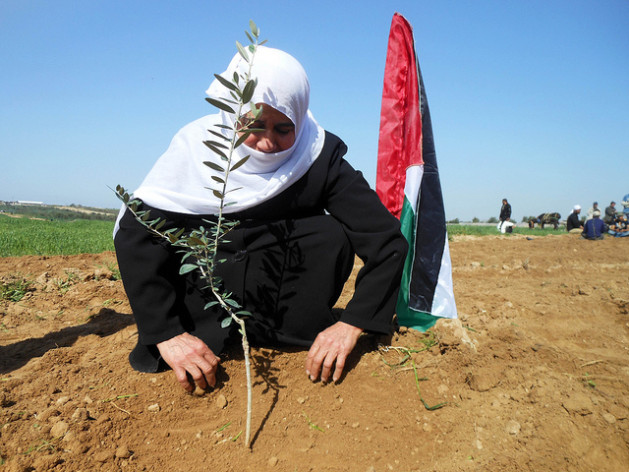 WASHINGTON, May 7 2013 (IPS) - The Oslo peace process has failed and Europe must take stronger leadership in the Middle East, according to a distinguished group of former European leaders that is pushing for a stronger and more independent European stance on the Israeli occupation.

And some United States analysts believe the European Union’s current leadership may heed the call.

"Israel must make its own case to Europeans now. That will not be easy.” -- Former U.S. Ambassador Chas Freeman

A recent letter from the European Eminent Persons Group (EEPG) to the EU High Representative for Foreign Affairs, Catherine Ashton, is deeply critical of both the EU’s and the United States’ approach to the Israel-Palestine conflict and calls for specific steps to try to save the two-state solution.

The letter was signed by 19 prominent Europeans – amongst them seven former foreign ministers, four former prime ministers and one former president – from 11 European countries, including the UK, Germany, France, Italy, Spain, the Netherlands and Latvia.

“We have watched with increasing disappointment over the past five years the failure of the parties to start any kind of productive discussion, and of the international community under American and/or European leadership to promote such discussion,” the letter said.

Specifically critical of the U.S.’s role, the letter also stated that President Barack Obama “…gave no indication [in his recent speech in Jerusalem] of action to break the deep stagnation, nor any sign that he sought something other than the re-start of talks between West Bank and Israeli leaders under the Oslo Process, which lost its momentum long ago.”

The EEPG criticised what they referred to as “the erasing of the 1967 lines as the basis for a two-state (solution).” They called for changes in EU policy and some specific steps to promote peace.

They called, among other points, for an explicit recognition that the Palestinian Territories are under occupation, imposing on Israel the legal obligations of that status; a clear statement that all Israeli settlements beyond the 1967 border be recognised as illegal and only that border can be a starting point for negotiations; and that the EU should actively support Palestinian reunification.

The notable leaders also called for “a reconsideration of the funding arrangements for Palestine, in order to avoid the Palestinian Authority’s present dependence on sources of funding which serve to freeze rather than promote the peace process,” an acknowledgment that the often praised “economic improvement” in the West Bank has been built on international donations and is not sustainable.

The timing of the letter, sent just after U.S. Secretary of State John Kerry’s most recent trip to the Middle East, was a clear statement that the EEPG does not believe the current round of U.S. diplomacy is likely to achieve significant progress. The letter has received only moderate publicity, yet EEPG’s co-chair, Sir Jeremy Greenstock, believes that the recommendations of the Group can get the long-dormant peace process back on track.

“We have had an acknowledgement from Ashton’s office to say that a response is being prepared,” Greenstock told IPS. “The letter recommends a strategic change, which is a big ask. The first step must be to start a more realistic debate about the poor results from recent policy.  We then hope that our recommendations will get a good hearing.”

Greenstock also expressed confidence that EU leadership can not only contribute to reviving diplomacy but can also help the United States realign its policies toward a more productive track.

“The EEPG recognises that a U.S. role is indispensable,” he said. “But the current American stance is unproductive.  We believe the Europeans can at least lead on exploring some alternatives, which could in the end be helpful to Washington.”

Hard-line pro-Israel voices have long insisted that only the United States should be mediating between Israel and the Palestinians. Elliott Abrams, a senior fellow for Middle Eastern studies at the Council on Foreign Relations and leading neo-conservative pundit, sharply criticised the letter in his blog.

“This letter is a useful reminder of European attitudes, at least at the level of the Eminent: Blame Israel, treat the Palestinians as children, wring your hands over the terrible way the Americans conduct diplomacy,” Abrams wrote.

“The Israelis will treat this letter with the derision it deserves, and the Palestinians will understand that because this kind of thing reduces European influence with Israel, the EU just can’t deliver much. Indeed it cannot, and the bias, poor reasoning, and refusal to face facts in this letter all suggest that that won’t be changing any time soon.”

But Paul Pillar, a professor in Georgetown University’s Security Studies Programme who spent 28 years as a CIA analyst, thinks Washington might welcome a European initiative along the lines suggested by the EEPG.

“I don’t think that European activism along this line would cause a great deal of heartburn, political or otherwise, in the White House,” Pillar told IPS. “Of course for the United States to take the sorts of positions mentioned in the letter would be anathema to the Israel lobby, and thus the United States will not take them.

“But it would be hard for the Israeli government or anyone else to argue that merely acquiescing in European initiatives is equivalent to the United States taking the same initiatives itself. If the EU were to get out in front in the way recommended by the EEPG, President Obama would say to Netanyahu and others – consistent with what he has said in the past, ‘I have Israel’s back and always will.

“But as I have warned, without peace we are likely to see other countries doing more and more things that challenge the Israeli position.’”

Chas Freeman, former U.S. Ambassador to Saudi Arabia and former president of the Middle East Policy Council, believes the EU has lost patience with U.S. policy in the Middle East and that Israel will soon need to contend with an EU that is more demanding than it has been in the recent past.

“The international community has long since lost confidence in American diplomacy in the Middle East,” Freeman told IPS. “Europe is not an exception, as shown in trends in voting at the United Nations.  The ‘peace process’ was once the emblem of U.S. sincerity and devotion to the rule of law; it is now seen as the evidence of American diplomatic ineptitude, subservience to domestic special interests, and political hypocrisy. Europe no longer follows American dictates.

“The EU has its own divided mind. Israel must make its own case to Europeans now.  That will not be easy.”

Greenstock believes the urgency of the moment can lead to firm European action. Asked why the EEPG members are taking bolder stances now than when they were in office, he said: “When most of the signatories were in office, there was still some hope that Oslo-Madrid could produce a result. Time and a lack of recent effective action has changed that.  Almost every observer now thinks that the prospects for a two-state solution are fading.  Hence the urgency.”