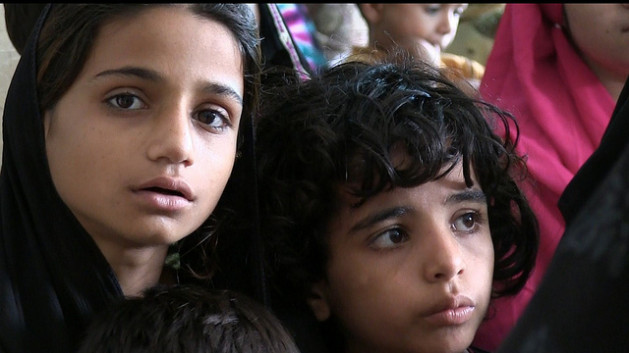 KARACHI, Pakistan, Oct 7 2013 (IPS) - Twenty-eight-year-old Omar Zaib, a taxi driver in Lahore, capital of Pakistan’s Punjab province, confessed in court last month to drowning his one-and-a-half-year-old daughter because he wanted a son. A few days later, the media reported that two newborn girls had been found abandoned at a railway station.

Before that, in August, the police arrested a man accused of burying his newborn daughter alive because she was physically deformed.

But things came to a head when news of the rape of a five-year-old in Lahore broke out last month. Pakistan’s civil society erupted in protest.

According to the Human Rights Commission of Pakistan (HRCP), the police have already registered 113 cases of rape and 32 of gang-rape in Lahore alone in the first eight months of this year.

But the malaise can be found across Pakistan, in small towns and big cities including Faisalabad, Tandlianwala, Kasur, Toba Tek Singh in the Punjab province; Karachi, Chachro in Sindh; and Peshawar, Dera Ismail Khan in the Khyber Pakhtunkhwa region.

In addition, they are urging the government to implement the maximum punishment of life-long imprisonment until death, without possibility of parole, remission or pardon for paedophilia, rape and gang-rape convicts.

Arshad Mahmood, director of advocacy and child rights governance with Save the Children, says what is needed is a complete child protection system which would include not just the political will for law-making, but also a proper budget for implementation of the laws as well as for running the whole paraphernalia of monitoring.

“I think the Indian rape case triggered these protests,” Ayesha Khan, a development researcher working on women’s issues at the Collective for Social Science Research in Karachi, tells IPS. She was referring to the brutal gang-rape of a paramedic in Indian capital New Delhi in December last year, which resulted in her death.

However, unlike the outrage the rape in Delhi triggered in neighbouring India, the anger in Pakistan remains restricted to hundreds of tweets and outpourings on social media sites.

“When will the social media activism transform into action?” asks Samar Minallah, a rights activist who was part of a recent protest in Islamabad and was dismayed by the lukewarm response.

According to Asha Bedar, a Karachi-based psychologist, “Violence against children, especially young girls, is nothing new, nor unique to Pakistan.”

There is no official database, but the non-governmental organisation Sahil puts the number of child sexual abuse cases at 3,861 in 2012, while Madadgaar Helpline’s national database recorded 5,659 cases of violence against children from January to October last year.

These numbers, however, remain only indicative, as most cases go unreported. More than the numbers, what Bedar finds alarming is the “noticeable increase” in severe forms of violence, with very young girls being abducted, raped and murdered routinely. But only the very severe cases manage to rouse society from its collective stupor, she laments.

“No wonder violence continues. We simply do not value our women enough,” she adds.

Aurat Foundation, an Islamabad-based women’s rights organisation, had in a report titled Beyond Denial reported 7,516 crimes against women in 2012. Released earlier this year, the report noted how crimes like murder, domestic violence and acid-throwing increased between 2010 and 2012. The total number of women who died through murder, honour killing and suicide, among other crimes, was 13,583 between 2008 and 2012.

“Give these tragedies any name, but the figures imply that 34 percent of the total number of women subjected to violence did not survive the assault,” Dr Rakhshinda Perveen, author of the report, tells IPS.

As with all cases of abuse, perpetrators target the most vulnerable members of society because it is with them that they can exert the most power and impose their will, whether physically or sexually, says Bedar. This tendency increases in times of stress, and young girls are frequently victims, Bedar adds.

Bedar’s views find endorsement in the findings of a recent United Nations multi-country study on men and violence in Asia and the Pacific, titled ‘Why Do Some Men Use Violence Against Women and How Can We Prevent It?’.

Published in the British Medical Journal and The Lancet early this month, it is based on interviews with 10,178 men aged between 18 and 49 years in Bangladesh, China, Cambodia, Indonesia, Sri Lanka and Papua New Guinea. One in four men admitted to raping a woman believing in “sexual entitlement” or as a form of punishment because they were angry.

“They believed they had the right to have sex with the woman regardless of consent. The second most common motivation reported was to rape as a form of entertainment, either for fun or because they were bored,” notes Emma Fulu, one of the authors of the report.

Minallah, however, blames parents as well for these incidents. “Nothing, not even poverty, can justify the murder of a newborn girl.” She thinks parents who neglect their children need to be penalised too.

She notes how in the recent case of the rape of the five-year-old, her absence went unnoticed for hours whereas the search for the missing boy accompanying her had begun much earlier.

Simultaneously, there are efforts to persuade the government to change school syllabi to ensure a positive portrayal of women. The Pakistani parliament passed seven pro-women laws between 2004 and 2011. But the government has failed to provide a safer environment for Pakistani women.

“It really all depends on convictions,” says Minallah. “Unless the main culprit in a rape case is tried and punished, there is not much hope.” The lack of convictions and unaccountability convey the impression that such issues are ‘private matters’.