But a day after the new reforms came into effect, former government officials and critics from the human rights community are warning of the serious human rights consequences and of the negative long-term impact for U.S. foreign policy.

“This could further facilitate the commission of human rights abuses around the world.” -- Amnesty's Adotei Akwei

The reforms are part of the Export Control Reform Initiative (ECRI) brought forward by the Obama administration in 2010, with the goal of simplifying U.S. export practices by eliminating redundant restrictions and regulations.

The most problematic aspect of the reforms is the extensive deregulation of military exports by categorising them as ‘dual-use’ goods, which currently face no trade restrictions under international commercial law.

But according to critics, this large deregulation of armaments trade will have serious long-term consequences for U.S. military strategy and for human rights abuses across the globe. 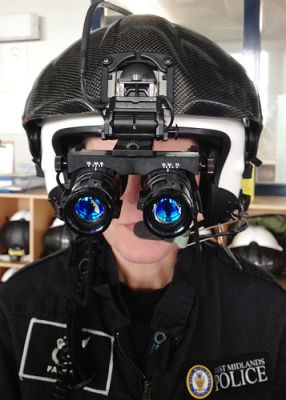 “What this deregulation does is move as much as 75 percent of our arms exports to the Commerce Department, with no regulation,” Lowell told IPS.

The military items that will move to Commerce Department oversight are primarily small parts such as aircraft components, electronic equipment, night vision equipment, and automatic firearms.

But these are the items that will inevitably threaten U.S. military strategy, critics suggest.

“When you allow these items to be traded with no restrictions and no licensing, you’re basically allowing places like China and Iran to obtain our military technology and our spare parts with no restrictions whatsoever,” Steven W. Pelak, a former U.S. Justice Department official and now a partner at Holland & Hart, an international law firm, said here on Wednesday. “In the long-term, this can put American lives at risk.”

And while some emphasise the potential backfiring effect of the new deregulation on U.S. interests, others highlight the damaging effect the reforms will have on the international arms export regime.

Since World War II, the U.S. has been in the forefront in urging other countries to control conventional arms more closely, Lowell says.

“We’re the world’s largest arms provider. And now we’re basically retreating from our leadership,” he told IPS. “This means that other countries, like Russia, will be only too happy to agree with decontrolling some of their international arms transfers.”

And as critics consider the implications for U.S. foreign policy and military stability in troublesome areas around the world, human rights advocates warn of the human rights abuses that are going to take place after the deregulation.

“We’re seriously concerned that the reforms will open a floodgate of weapons technology and equipment to governments that have bad human rights records,” Adotei Akwei, the managing director for government relations at Amnesty International USA, a global human rights movement, told IPS. “This could further facilitate the commission of human rights abuses around the world.”

Indeed, according to a recent report by the Stockholm International Peace Research Institute (SIPRI), Russia, the second-largest arms exporter after the U.S., has provided Algeria, where human rights records are troublesome, with over 90 percent the country’s armaments between 2008 and 2012.

The trend may spread to other problematic spots, including Sub-Saharan Africa. In early 2012, Sierra Leone’s People’s Party raised concerns over large imports of small weapons and ammunition from China, as it feared the weapons could be used to persecute political opponents in the upcoming elections, the SIPRI reports.

Human rights activists fear that these types of scenarios will only increase after the extensive export deregulation measures took effect on Tuesday.

“We in the human rights community have been fighting for the past 30 years to try to bring more oversight and regulation to the global trade in arms because of the link with human rights violations such as killings, displacement of population, and torture,” Amnesty International USA’s Akwei told IPS. “And now we see the U.S. stepping back from these commitments. It is extremely alarming.”

It is still unclear why the U.S. administration has opted for this arms export deregulation, the largest and most comprehensive in the country’s history.

The shift from the State to the Commerce Department also comes with a change in the definition of what constitutes a “military item.” Before the reforms, the U.S. State Department maintained jurisdiction and control over all items on the U.S. Munitions List, the list containing all military-related items requiring an export license prior to being shipped to foreign countries.

Now, however, the Commerce Department defines a military item as an item that is “inherently military or [one that] possess[es] parameters or characteristics that provide a critical military or intelligence advantage to the United States.”

According to critics, the new definition is alarming.

“This definition is so unclear that the U.S. military industry simply won’t know what will fall under that category. Because of this confusion, we’ll see a real damage for U.S. industry,” Holland & Hart’s Pelak said Wednesday.

And as opponents wonder why the U.S. government will implement reforms that will damage its national industry, U.S. servicemen warn of the deadly consequences of such a massive deregulation.

“In enemy hands, these devices can enable hostile forces to track and fire on our aircraft at night,” he says. “The direct result is the loss of American lives.”