RIO DE JANEIRO, Jun 20 2014 (IPS) - It has been three years since the nuclear accident in Fukushima, Japan. But the consequences are still ongoing due to continuous leaks of radioactivity into the environment, says independent nuclear energy consultant Mycle Schneider.

In 1997 Schneider won the Right Livelihood Award, considered the Alternative Nobel Prize, for alerting the world about the risks posed by the use of plutonium. He was appointed a member of the International Panel on Fissile Materials (IPFM), based at Princeton University, in 2007.

According to the scientist, the trend nowadays is towards fewer and fewer nuclear power plants operating worldwide. Instead of a renaissance, he says, the world is facing a decline in the use of this source of energy.

In this interview with IPS, Schneider also commented on the initiative Brazil and Argentina are developing as part of their mutual cooperation in the field of nuclear energy. In his opinion, it has the potential to be adapted in critical regions like the Middle East.

Q: What is the global situation of nuclear power as a source of energy? 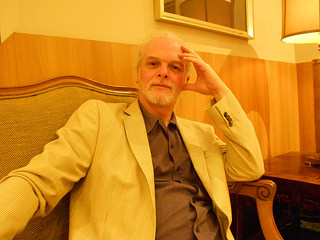 Now we’re standing at around 400. Officially there are 48 reactors operating in Japan but none of these is generating electricity. However, the International Atomic Energy Agency continues to list all of these reactors as in operation.

So in reality, there is a significant decline. In Europe the peak was already in 1988, 25 years ago, where 177 reactors were operating at that time and now there are only 131 left – 46 units less.

We are not in the context of a so-called renaissance; we are facing a decline. The share of nuclear power in electricity generation worldwide peaked in 1993, 20 years ago. It was 17 percent then and is around 10 percent today. The trend is clearly towards a decrease in operating nuclear power plants.

Q: What are the lessons three years after the Fukushima accident?

A: Public opinion throughout the world was very much influenced by Fukushima. The use of this source of energy lost acceptance, in Asia much more than in other regions. In Europe as well with very large differences between countries, for example, in Switzerland enormously, in the UK a lot less, and in Germany the opposition was very much established. It changed a lot of things in countries like China and South Korea because those countries are much closer to Japan.

Society has operated nuclear power plants on a very simple equation: a very large danger potential multiplied with a very low probability of events equals acceptable risk. That equation blew up in Fukushima;people realised that low probability does not necessarily mean no event, zero risk.

The lesson, the most fundamental to be learned for society, is to reduce the danger potential in the first place. The energy contained in liquid natural gas tankers, for example, is just unbelievable: in terms of pure energy, it can be equivalent to over two times the Nagasaki bomb in one tanker. It is very unlikely that it will explode, but even if the risk was only 10 percent, the kind of damage that it could do is beyond imagination. And these bombs are all over the place.

Q: What did Fukushima represent regarding the safety of nuclear plants?

A: People think Fukushima was the worst case, but it was not. It can become much worse, it is not over. This accident is ongoing, it has been for three years. There are continuous leaks of radioactivity in the environment because the radioactive inventory is not stabilised.

It’s an unprecedented event in complexity, in size and in consequences. The biggest problem is that the methodology chosen by Tepco [the utility that operated the plant that melted down during the Mar. 11, 2011 earthquake and tsunami] and the Japanese government appears inappropriate. We see that after three years the situation is very far from being stabilised.

Q: Brazil and Argentina are developing a partnership of mutual cooperation in the nuclear field. How do you see this initiative?

A: Nuclear power in South America is insignificant for electricity generation and contributes only five percent in Argentina and three percent in Brazil.

The Brazilian-Argentine Agency for Accounting and Control of Nuclear Materials (ABACC), that is focusing on non-proliferation issues, is technically difficult to assess from the outside, but it seems ABACC is staffed with 100 inspectors. That is a lot compared to the number of facilities to be inspected.

It is a very interesting initiative. We have discussed the possibilities of adapting this kind of approach to other regions, for example in the Middle East, which is one of the problematic regions.