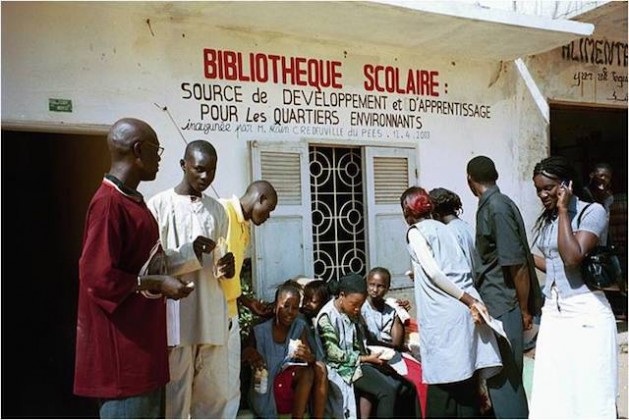 DAKAR, Aug 2 2014 (IPS) - Children living with HIV in Senegal suffer because of the taboo associated with this disease in a country which is, however, praised for its fight against the pandemic.

“I don’t want my son’s HIV status to be known, my family would not take it well,” explains Fanta (39), who is herself HIV positive.

“The word AIDS is too loaded,” says this mother of three children, one of whom was born HIV positive 14 years ago, and who fears that both she and her teenage son would be disowned by the family if the secret was revealed.

“My mother doesn’t know, she wouldn’t be able to keep it to herself, I am suspicious of everyone,” she told IPS, adding that her other two children do not know her and their brother’s HIV status.

According to a survey conducted on 626 HIV positive people in Senegal by the National Network for People Living with HIV/AIDS (RNP+), less than half of them have told their partners about their HIV status and only 28 percent have told at least one member of their family.

“I  had to talk about it [my HIV status] with my father, because if I die one day, I don’t want people to think it is because of voodoo,” Fanta told IPS, referring to the practice of witchcraft which, according to some, brings sudden death.

As a result of reacting swiftly to the first cases of AIDS, Senegal’s HIV prevalence rate is estimated at 0.7 percent of the population, compared to 4.7 percent in Ivory Coast and 3.2 percent in Nigeria, the worst hit West African countries according to the United Nations.

The stigma attached to the disease, however, has an adverse effect on continuity of care for the child living with HIV.

Mbaye Mboye, programme head at Synergy for Childhood, an organisation which manages a paediatric AIDS unit in Guediwaye, in Dakar Region, explains that when the parent of an infected child dies or when the guardian remarries or moves, it is rare for anyone to take over responsibility for care.

“But we prefer the child’s HIV status to be disclosed to a very limited few to maintain confidentiality,” he adds.

This concern with confidentiality requires some creativity from both social workers and guardians, who may have to fabricate visits to imaginary relatives in order to go for appointments.

“Our social workers pretend to be family friends when they do home visits and they must verify that the person who answers the phone is the guardian on file at the hospital,” says Mbaye Mboye.

According to the National Council for the Fight against AIDS (CNLS), some 6,500 children under the age of 15 were living with HIV in Senegal in 2013 and almost 8,000 are orphans or vulnerable children because of AIDS.

One of the consequences of the silence weighing on these children is that their access to antiretroviral treatment is more limited than adults.  Despite free treatment since 1997, three quarters of adults in need benefited in 2011 in contrast to only one third of children, according to CNLS.

Since 2010, reimbursement of transport expenses for guardians taking children to medical appointments has reduced the number of children “falling off the radar,” says Mbaye Mboye.

“Children tend to be neglected compared with the global approach to caring for adults,” he laments.

HIV positive children have specific needs of school and nutrition support.  Absenteeism as a result of recurrent illness results in critical educational delays and malnourishment is higher among them.

Ibrahima Ba, secretary general of RNP+, points to the economic situation, the lack of co-ordination between health staff and social workers, and the absence of a national programme specifically for children.

“Children are left high and dry,” he says. “It is the mother’s responsibility to take the child to hospital, and she only goes when the child is ill.  If it is a minor problem, she downplays it.”

Senegal has only 59 paediatric units providing care for HIV positive children compared to 97 for adults.

“There is no follow up on children who do not come regularly to hospital, no one calls the guardian,” adds Ba. “The state needs to focus more on children living with HIV because they are becoming sexually active teenagers.”

The reduction in international funding for AIDS is of concern to the National Alliance against AIDS (ANCS).

“We are concerned that the state is no longer taking charge and we are afraid the gains achieved in 25 years of fighting AIDS may be reversed,” says Massogui Thiandoum, head of programmes at ANCS.