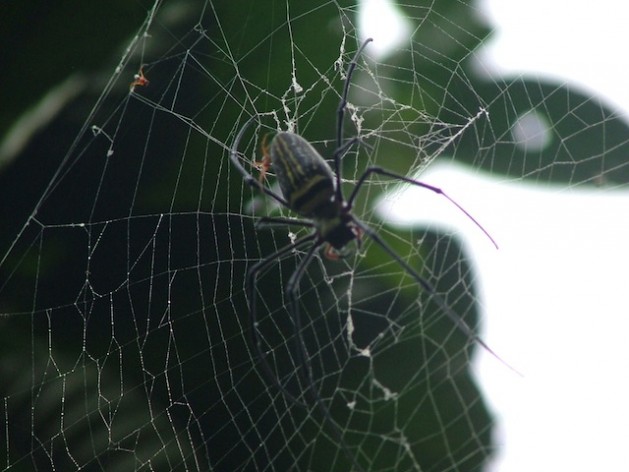 The planet has lost an estimated 52 percent of its wildlife in the last four decades. Experts say that more funds are needed to scale-up conservation efforts. Credit: Kanya D’Almeida/IPS

PYEONGCHANG, Republic of Korea, Oct 7 2014 (IPS) - With governments, activists and scientists tearing their hair out over the world’s impending crisis in biodiversity, the outgoing president of the Convention on Biological Diversity (CBD) delivered a simple message to participants at the 12th Conference of the Parties to the CBD (COP12) currently underway in the Republic of Korea’s northern Pyeongchang county: honour the promises you made last year.

Speaking to IPS on the sidelines of the meeting, running from Oct. 6-12, Hem Pande, chairman of the Biodiversity Authority of India, which has held the presidency of the Conference of the Parties for a year, said finance continues to be a weak link in global efforts to safeguard the earth’s fragile ecosystems, with parties failing to deliver on their pledges.

“There is a huge requirement for financing resources. The budget for environmental conservation is ever shrinking. It’s time for the parties to walk the talk." -- Hem Pande, chairman of the Biodiversity Authority of India
Pande recalled that at the 11th meeting of the parties (COP11), held in the South Indian city of Hyderabad in October 2012, states had promised to double funding for conservation by 2015.

However, after two years, this promise remains largely undelivered. Unless countries keep their word, it will be difficult to make significant progress in achieving the 20 Aichi Biodiversity Targets, agreed upon at a meeting in Nagoya, Japan, in 2011, the official added.

“There is a huge requirement for financing resources. The budget for environmental conservation is ever shrinking. It’s time for the parties to walk the talk,” Pande told IPS.

Countless issues are calling out for an injection of monetary resources: from coastal clean-up projects and scientific research to public awareness campaigns and livelihood alternatives, conservation is a costly undertaking.

According to an estimate by the World Wildlife Fund (WWF), an annual expenditure of 200 billion dollars would be required to meet all 20 of the CBD goals for 2020, including eliminating harmful subsidies, halving the rate of ecosystem destruction, sustainably managing fisheries, increasing protected areas, restoring 15 percent of the world’s degraded ecosystems, and conserving known endangered species.

Thus the agreement to boost funding was one of the most celebrated outcomes of COP11. Using a baseline figure of the average annual national spending on biodiversity between 2006 and 2010, developed countries had said they would double their giving by 2015.

Although no numbers were put on the table, observers expected that a doubling of the resources then would mean around 10-12 billion dollars a year.

Now, as the convention does its mid-term review, it appears that figure is far from becoming a reality.

“The good news is there is a slight increase in the funding. The bad news is, it’s not anywhere near doubling the amount,” he told IPS.

According to him, given the current slowdown in the global economy, it is difficult to say how nations will fulfill their promises in another two years.

“It doesn’t help that a lot of countries are not [doing] very well financially. For example, in Brazil, there is economic stagnation,” Leadly added.

Others believe the global financial climate should not act as a deterrent to swift action on conservation and environmental protection.

Countries like India have allocated substantial amounts of state funding to the conservation effort, in the hopes of leading by example.

“Since 2012, we have been spending two billion rupees [about 32.5 million dollars] each year just on managing and maintaining our biodiversity hubs such as our national parks and sanctuaries […]. We have reported this to the CBD as well,” Pande claimed, adding that all 191 parties to the convention are bound to do the same.

Although the budget allocation to India’s ministry of environment and forests has seen a decline from 24 billion rupees (391 million dollars) in 2012-13 to 20.4 billion rupees (325 million dollars) this year, Pande says the combined total budgets of all ministries involved in the conservation effort – including departments that oversee land restoration, soil conservation, water, fishers and ecological development – represent a sum that is higher than previous years.

Still, India is just one country out of nearly 200. Given that international agreements on biodiversity are not legally binding, no country can be “forced to pay”, so holding parties accountable to their financial commitments is no easy task.

Pande also said that a large number of governments had not submitted their national reports to the CBD in time, resulting in inadequate data in the GBO-4 regarding finances and financial commitments.

Mobilising resources will be a major topic at the meeting currently underway in Korea. Braulio Ferreira de Souza Dias, executive secretary of the Convention on Biological Diversity, told IPS that an expected outcome of COP12 was a clear resource mobilisation strategy to tackle the dearth of funds.

Another factor to keep in mind is that state parties can increase allocations for biodiversity conservation efforts without necessarily making huge investments.

One of these “non-economic” ways of generating the necessary resources, according to Leadly, is to end subsidies.

“Governments are spending so much money on providing subsidies: in agriculture, fuels, fisheries, fertiliser. Ending those subsidies doesn’t cost money. In fact, [governments] could use that money for other things, like channeling it into conservation of biodiversity,” he asserted.

Leadly pointed to India’s on-going efforts to phase out subsidies of synthetic fertilisers as an example others could follow, adding, “If you look at China, their fertiliser is massively subsidised, which is not matching the needs of their crop plants. But political will is needed.”

Some states do appear to be prioritising the issue: Thailand this year added 150,000 dollars to its annual budget in order to jumpstart forest conservation; Guatemala has earmarked some 291 million dollars for biodiversity efforts, Namibia spends about 100 million dollars a year on similar endeavours, while Bangladesh and Nepal have allocated 360 and 86 million dollars respectively.