NEW YORK, Oct 30 2014 (IPS) - Kazakhstan being the world’s largest landlocked country, and also the ninth largest country in the world of more than 2.7 million square kilometres, hosted in 2003 in Almaty the First United Nations Conference on Landlocked Countries.

The conference’s outcome, the Almaty Programme of Action (APoA), practically the only one of its kind thus far, is a road map to ensure the special needs of LLDCs. It contains specific measures and recommendations concerning the policy in the spheres of transit and infrastructure development and for financial and technical assistance to specified group of countries. 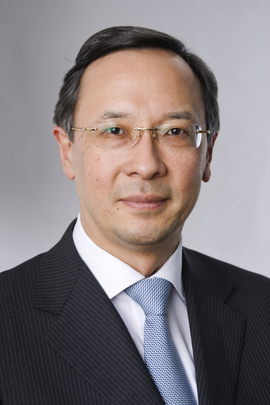 Though there is noteworthy progress, we must also recognise that the majority of our economies remain vulnerable to external shocks and other emerging challenges.

We are also aware that we have not been able to reach most of the Millennium Development Goals, and our countries continue to be marginalised from the international trading system.

The structural impediments associated with landlockedness remain a challenge.

The government of Kazakhstan had organised a retreat in July this year in Astana for New York-based diplomats from LLDCs as a platform to deliberate on key recommendations for consideration at the Vienna Conference, and which have been included in its agenda.

Land-locked to Land-Linked: An Imperative

I would however qualify saying that all LLDCs are making serious efforts but accomplishments vary from country to country. Global solidarity and partnerships through the APoA have helped to transform the LLDCs from being landlocked to becoming land-linked.

For the 32 LLDCs, the promotion of efficient transport systems is still an important objective but these efforts must not stop at their countries’ borders and must also include cooperation with transit countries too and hence a blueprint for cross-border – and beyond, transport and trade facilitation infrastructure is a sine qua non.

Thus the areas of infrastructure connectivity between LLDCs, their transit countries, and increased integration of economies will have to feature prominently in the upcoming Programme of Action to be adopted in Vienna.

New goals will obviously be set in a more ambitious manner. At the same time, LLDCs should actively consider acceding to some of the existing U.N. conventions on international transport and trade facilitation in this regard.

LLDCs as a group have recorded impressive trade performance in the recent past, with total exports increasing almost fivefold between 2000 and 2010, while the share of the group in global trade is still modest and amounted to only 1.04 per cent in 2010. The LLDCs have been marginalised in the global trading system.

The reality is that our economies show relatively high trade openness - but their absolute level of trade has yet to get close to its full potential. Infrastructure, trade barriers and insufficient technological capacities continue to hamper LLDCs.

However, the implementation of the APoA has resulted in the LLDCs making some gains with regard to expanding transit transport infrastructure facilities, reducing delays and inefficiencies in the border formalities.

The reality is that our economies show relatively high trade openness – but their absolute level of trade has yet to get close to its full potential. Infrastructure, trade barriers and insufficient technological capacities continue to hamper LLDCs.

At the same time, reliance on a narrow range of exports – often a limited number of commodities presents a significant weakness, like basic merchandise oil and natural resources.

Economic diversification must, therefore, be an urgent priority to both resource-rich and resource-scarce LLDCs must feature in the Vienna Conference.

The Almaty Programme of Action is a most significant landmark and the record of accomplishments in all regions has been remarkable. The world has moved rapidly since then. And like then, some countries face greater impediments even more today, aggravated with changed circumstances, the global political and the economic crises, climate change.

Thus, in Vienna, a new comprehensive, common action-oriented framework of LLDCs for the next decade, should be developed, taking into account the unfinished agenda of APoA.

As we are moving into the new transformational phase of post-2015 agenda, attention will also be on poverty reduction, health, education, employment and economic self-reliance, together with food, energy and water security, and the overall peace and stability, rule of law, good governance and human rights required for achieving sustainable development.

Some 16 countries of Sub-Saharan Africa are at a special disadvantage and have the highest concentration of landlocked countries.

Despite strides in achieving MDG Goals, GDP growth rates above five percent under the Almaty Programme, with support from the U.N. and the Economic Commission for Africa, they have a high incidence of extreme poverty. Six of the lowest ranked 10 countries are African LLDCs.

They lack the well developed markets around them as European landlocked countries do. Maritime trade is a small part of African external trade with very low value goods and enormously long distances to the closest seaports.

They encounter hurdles of long border delays, a proliferation of road checkpoints, and other practices that increase monetary and time costs that impede trade.

Since we are moving into the new transformational phase of post-2015 agenda, the focus on poverty reduction, health, education, employment and economic self-reliance, together with food, energy and water security will also gain attention in Vienna.

Overall peace and stability, rule of law and good governance are required all the more for the LLDCs to see progress and these new elements will be added to the ApoA to keep pace with changing times and challenges.

The outcome of Rio+20 Sustainable Development Conference noted that desertification, climate change, land degradation and drought continue to pose serious challenges to the economic and sustainable development of LLDCs.

In addition, Article 4 paragraph 8 (i) of the United Nations Framework Convention on Climate Change already recognises landlocked countries to be one of those groups requiring special measures.

These issues ten years ago were not included in the priority areas of the Almaty Programme. Hence the impact of climate change on LLDCs will definitely be a new major theme in the upcoming Vienna conference.

We will need to identify priority actions and measures, specifying those to be undertaken by LLDCs and by the development partners, prioritising areas of effective international collaboration that can successfully support LLDCs to manage climate change and harness available opportunities.

I am pleased to state that in view of the threatening global energy crisis, Kazakhstan will host in Astana the International EXPO 2017 on the theme: Future Energy.

It will provide a rich exchange of innovations and best practices in new alternative energy resources, scientific technology and digital advances. We hope to see you all in Astana as this unique event will be of the utmost relevance to the LLDCs.