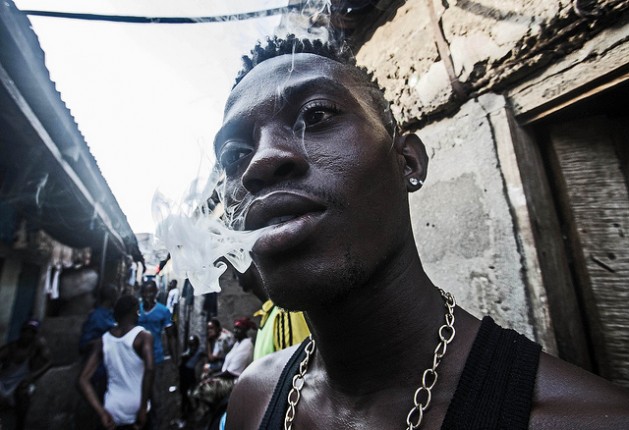 UNITED NATIONS, Feb 6 2015 (IPS) - Global youth unemployment may be “six or seven times” what the International Labor Organisation’s (ILO) latest figures state, due to what a youth advocacy group calls a flawed system of assessment.

The ILO recently released its 2015 World Employment and Social Outlook (WESO) report, and presented the findings to the United Nations Friday.

One of the report’s major findings is the worldwide unemployment rate among 15 to 24-year-olds of 13 percent, or 74 million youths, is set to rise.

“I’m not surprised by that number, because it is probably much higher than they state. We’ve seen reports of over 70 million young people unemployed, but the real number is probably six or seven times that,” Reese said.

He said a flawed system of assessing unemployment led to employment figures far below the reality.

“Those statistics are typically assessing people who are looking for jobs, so if you’re not looking for work, you’re technically not unemployed. People in poor countries are often underemployed or underpaid,” Reese told IPS.

“Unemployment statistics don’t take that into consideration. People in poor countries do work; if they didn’t, they would die. But in poorer countries, data is even worse.”

The report outlines a widening income and wealth inequality, as well as sluggish economic growth, but while overall global unemployment is steady, youth unemployment is tipped to increase in coming years.

The ILO predicts overall unemployment rates “to decline gradually in developed economies” while at the same time “many countries are projected to see a substantial increase in youth unemployment.”

“Growth is too slow to make a difference in job creation,” Ernst said. “Economies take much longer to recover after a financial crisis than a normal recession. It makes a difference to growth acceleration.”

“There are job openings, but companies can’t find people with the right skills. Schools are not asking what the business community needs today. They are teaching what businesses might have wanted five years ago,” Reese said.

Reese said education facilities needed to be more tuned-in to what the modern job force requires, and to encourage students to think and learn about what is expected from them in the labor market.

“We want young people to get and keep a job. When a middle-class flourishes, democracies flourish,” he said. “All levels of education need to be smarter, and teach academic skills through internships and apprenticeships, to help young people learn things about work that they can’t get in a classroom.”

“We’re seeing a huge number of unemployed. The global unemployment rate is around six percent and that won’t shrink any time soon,” Ernst said.

“This type of unemployment is a rebalancing of the economy. Asian countries will see an increase in unemployment as they develop, which is a normal process of development,” Ernst said.

“New technology requires jobs be shuffled from one industry to another. China is so big, if they have a higher unemployment rate then that will affect world unemployment figures.

“People are moving from low-income agricultural jobs, to middle-income jobs in manufacturing, and then onto higher incomes in the service industry.”

Rising unemployment and sluggish economic growth is predicted to further widen income and wealth inequality worldwide; the richest 10 percent of the world will hold 30 to 40 percent of total income, while the poorest 10 percent will earn as little as two percent.

Dr. Marjorie Wood, senior global economy associate for the Institute for Policy Studies and managing editor of website Inequality.org, said a suite of socially regressive measures rolled out across the United States and the world had contributed greatly to the deepening income inequality.

“It’s important to look at how workers have been disempowered since the 1970s. Union strength was high at that time, and robust taxes on the wealthy and corporations funded public investments to allow opportunity and mobility for ordinary people,” Wood told IPS.

“We’ve seen a reversal of those, into a system what was much more unequal, with wealth concentrated at the top.”

She said a deepening income inequality would have profound impacts on all facets of life, from democracy and politics to social affairs.

The ILO report states social unrest and possible violence is linked to rising inequality and youth unemployment. Social unrest is said to have “shot up” during the financial crisis, and worldwide, currently sits at 10 percent higher than before the crisis.

However, Wood said she was encouraged by a growing call for a federally mandated minimum living wage in the U.S., and worldwide calls for a fairer distribution of income.

“People are not satisfied with rising inequality today, just as they weren’t satisfied 100 years ago in the USA’s first ‘gilded age.’ They addressed it then by fighting back, with a robust labour movement, and I think we will do it again,” she said.

“We’re seeing worker justice movements in many places, where people collectively organise to make change. That is where true political change comes from.”