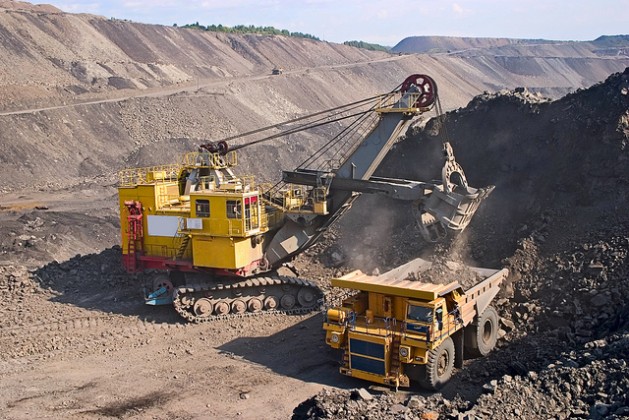 SYDNEY, Mar 11 2015 (IPS) - With less than a year to go before the United Nation’s annual climate change meeting scheduled to take place in Paris in November 2015, citizens and civil society groups are pushing their elected leaders to take stock of national commitments to lower carbon emissions in a bid to cap runaway global warming.

Industrialised countries’ trade, investment and environment policies are under the microscope, with per capita emissions from the U.S., Canada and Australia each topping 20 tonnes of carbon annually, double the per capital carbon emissions from China.

“Without changing our energy choices, we are not going to be able to act effectively on climate change.” -- Fiona Armstrong, convenor of the Climate and Health Alliance (CAHA)
But despite fears that a rise in global temperatures of over two degrees Celsius could lead to catastrophic climate change, governments around the world continue to follow a ‘business as usual’ approach, pouring millions into dirty industries and unsustainable ventures that are heating the planet.

In Australia, coal mining and combustion for electricity, for instance, has become a highly divisive issue, with politicians hailing the industry as the answer to poverty and unemployment, while scientists and concerned citizens fight fiercely for less environmentally damaging energy alternatives.

Others decry the negative health impacts of mining and coal-fired power, as well as the cost of dirty energy to local and state economies.

Globally, coal production and coal power accounts for 44 percent of CO2 emissions annually, according to the Centre for Climate and Energy Solutions.

Australia’s reliance on coal for both export and electricity generation explains its poor track record in curbing greenhouse gas (GHG) emissions, with the Organisation for Economic Co-operation and Development (OECD) reporting last year that Australia’s 2010 carbon emission rate was 25 tonnes per person, higher than the per capita emissions of any other member of the organisation.

Counting the cost of coal: The case of Hunter Valley

Judith Leslie, who lives seven km from Rio Tinto’s Mount Thorley Warkworth mine, also believes that house values in the village of Bulga - approximately five km from three of the largest open cut coal mines in the Hunter Valley – have fallen as a result of the mine’s presence.

She said that houses in the area had not sold for years and she believed it was a direct result of the presence of the mine.

Brushing aside the community’s concerns, the government appears to be moving full steam ahead with coal-based projects. On Mar. 5 the New South Wales Government’s Planning Assessment Commission (PAC) stated that Rio Tinto’s Mount Thorley mine could be expanded if “stringent criteria” were met.

Reasons given for approving the expansion of the mine included the “adverse economic impacts” on the towns of Singleton and Cessnock if the Warkworth and Mount Thorley projects were not approved.

The PAC also argued that a further 29 million tonnes of coal could be mined from the area, providing an additional 120 jobs over 11 years, on top of continued employment for the existing 1,300 workers. It also spoke of a projected 617 million dollars in royalties to the state of New South Wales.

According to the NSW Department of Primary Industries, in 2010 Hunter Valley wine makers produced more than 25 million litres of wine valued at over 210 million Australian dollars (160 million U.S. dollars).

The total value of investment expenditure that is directly associated with the grape and wine industry exceeds 450 million Australian dollars (343 million U.S. dollars) each year.

All this revenue could be lost of mines are expanded at the expense of other, more sustainable industries.
According to new studies out this year, the health costs associated with the five coal-fired power stations located in the New South Wales Hunter Valley, about 120 km north of Sydney, are estimated to be around 600 million Australian dollars (456 million U.S. dollars) per annum.

A report released in February by the Climate and Health Alliance (CAHA), a coalition of 28 organisations working to protect human health, concluded that the “estimated costs of health damages associated with coal combustion for electricity in the whole of Australia amounts to 2.6 billion Australian dollars [197 million U.S. dollars] per annum.”

“Without changing our energy choices, we are not going to be able to act effectively on climate change,” she contended.

She pointed out that the Hunter Region, one of the largest river valleys on the coast of New South Wales, is one of the most intensive mining areas in Australia.

“It’s responsible for two-thirds of our emissions,” she explained, “So it’s a good example […] to see what the impacts are for people on the ground, [and] also to see what the contribution of coal from that community has on a global level.”

But these riches come at a high price.

The Hunter Valley is known for its vineyards, horse studs and farming areas, all of which are threatened by extensive mining in the region.

Addressing a community meeting in the inner Sydney suburb of Glebe this past February, John Lamb, president of the Bulga Milbrodale Progress Association, spoke about the cost of mines on local communities, and the uncertainty wrought by their inability to fight against the rampant growth of the industry.

Lamb’s Association previosly fought the expansion of the Mount Thorley Warkworth coal mine by the multinational mining giant Rio Tinto.

Dust from coal mines, he said, coats the roofs of people’s homes and runs into their rainwater tanks, polluting the community’s water supply. Day and night, noise is a constant issue.

Lamb also noted the impact of mining on land values in the area. The village of Camberwell in the Hunter Valley, for instance, which is surrounded by mines on three sides, only has four privately owned homes – the rest are occupied by miners or are derelict.

Yancoal, the owner of the Ashton mine – 14 km northwest of the town of Singleton in Hunter Valley – owns 87 percent of homes in the area.

Wendy Bowman, one of the last remaining residents of Camberwell village who has farmed in the Valley since 1957, is extremely concerned about the extent of mining in the area.

She lives on a farm at Rosedale, between the towns of Muswellbrook and Singleton, and she is refusing to leave the area. She left her previous farm when the dust and water pollution caused by the Ravensworth South open cut mine became impossible to live with.

In a video on the CAHA website, she says that she has dust in her lungs and that she has lost 20 percent of her lung capacity. But she is far more concerned about the health of the children in the area than she is about her own medical condition, and the consequences for the Department of Health in 20 or 30 years time.

According to the World Health Organisation (WHO), coal mining and coal combustion for electricity generation is associated with high emissions of sulphur dioxide and nitrogen oxide, both of which react to form secondary particulate matter in the atmosphere.

Complex air pollutants such as these are known to increase the risk of chronic lung and respiratory disorders and disease, including lung cancer, and pose additional threats to children, and pregnant women.

CAHA states that most health and medical research on coal-related pollution focuses on fine particles measuring between 2.5 and 10 micrometres in diameter (PM 2.5-PM10), which are particularly damaging to human health.

According to the CAHA report, emissions of PM10 increased by 20 percent from 1992-2008 in the Sydney Greater Metropolitan area, an increase that is attributable to the increase in coal mining in the Hunter Valley.

The report states that while at one time the Hunter Valley was “renowned for its clean air”, in 2014 it was identified as an “air pollution hot spot”.