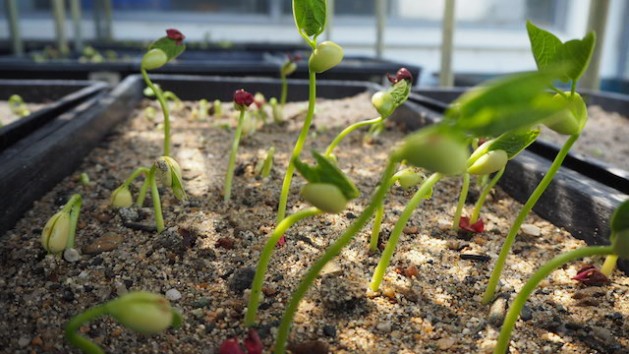 Heat-tolerant beans at CIAT. Beans and other pulses are called superfoods of the future due to their vast geographical range, high nutritional value and low water requirements. Credit: Ida Karlsson/IPS

CALI, Colombia, Dec 6 2016 (IPS) - A global food watchdog works around the clock to preserve crop biodiversity, with a seed bank deep in the Colombian countryside holding the largest collection of beans and cassava in the world and storing crops that could avert devastating problems.

On a mission in Peru in the 1980s, Debouck narrowly escaped capture by guerillas.
Plants are the vital elements in our ecosystem that clothe us, feed us, give us the oxygen that we breathe and the medicines that cure us. But one in five of world’s plant species are at risk of extinction.

According to a report launched by experts at the Royal Botanic Gardens Kew in May, the biggest threats are the destruction of habitats for farming – such as palm oil production, deforestation for timber and construction of buildings and infrastructure. Global warming is also expected to reduce the areas suitable for growing crops.

The UN Food and Agriculture Organisation (FAO) estimates that 75 percent of the world’s crop diversity was lost between 1900 and 2000.

“We do not [even] know what we have, and we are losing what we have. Why not try to correct that a bit?” Daniel Debouck of the International Center for Tropical Agriculture (CIAT) in Colombia told IPS. 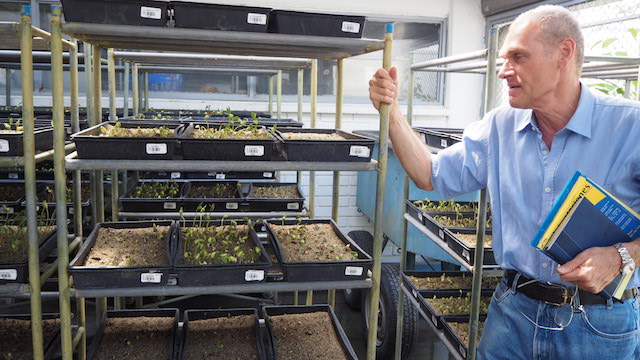 Only about 30 crops provide 95 percent of human food energy needs, according to FAO. Dependency on a few staple crops magnifies the consequences of crop failure.

Botanists are already taking extreme measures to save those plant species deemed useful. Some 7.4 million samples are in seed banks around the world, but huge gaps exist.

Way up north, in the permafrost, 1,300 kilometers beyond the Arctic Circle, sits the Svalbard Global Seed Vault, a so-called doomsday bank buried in the side of a mountain. Within the enclosure sit more than 860,000 samples, representing 5,100 different crops and their relatives.

And located among green sugarcane plantations near Cali, Colombia’s third-largest city, a seed bank with the largest collection of beans in the world is housed in a former meat quality lab. The seed bank preserves some of humanity’s most important staple crops and contains over 38,000 samples of beans in all shapes colors, and sizes. Varieties developed at CIAT feed 30 million people in Africa. Every September there is a major shipment to Svalbard to keep copies at the seed bank there. 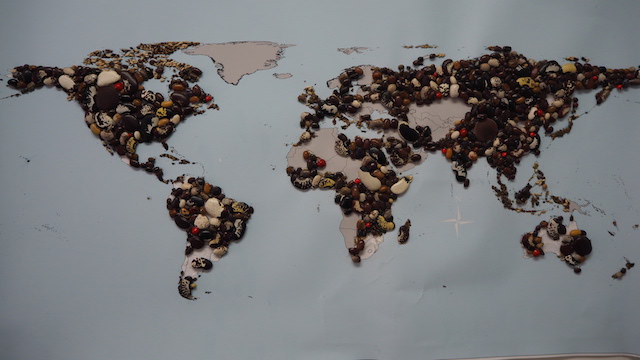 Beans can grow despite very tough conditions. They are cultivated everywhere except for the poles and infertile deserts. Credit: Ida Karlsson/IPS

The 300 scientists and support staff at CIAT have a mandate from the UN to protect, research and distribute beans and cassava, staple foods for 900 million people around the world. Altogether 500,000 materials have been distributed so far. After the war in Rwanda, CIAT put seeds back in the hands of farmers.

“The seeds from the Americas are absolutely critical for food security in Africa. Without cassava and beans, people would not manage,” Debouck told IPS.

The researchers have garnered seeds from around the world for their seed bank. On a mission in Peru in the 1980s, Debouck narrowly escaped capture by guerillas.

“But we came back with 300 varieties of popping bean and increased the CIAT collection significantly,” he said.

The popping beans can be prepared without cooking. It is enough if they are heated on a hot surface. This could be important in areas where fuel and kitchen facilities are lacking.

The seed bank also stores beans that can offer climate-friendly options for farmers struggling to cope with rising temperatures. 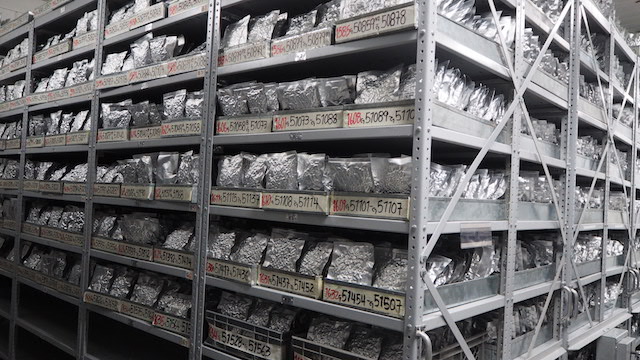 In the basement of an old lab near Cali, Colombia, there are 38,000 samples of beans stored in minus 20 degrees Celsius. Credit: Ida Karlsson/IPS

The heat-tolerant beans developed by conventional breeding by scientists at CIAT are crosses between the modern kind and the tepary bean, a hardy survivor cultivated since pre-Columbian times. Beans that can beat the heat could be essential to survival in many regions.

“The heat-tolerant beans may be able to handle a worst-case scenario of a temperature rise of 4 degrees Celsius. Northern Uganda, southeast Congo, Malawi, and the eastern Kenya are not bean producing areas now because of the heat there. But what we have at present at CIAT could expand the bean production there,” Steve Beebe, a senior bean researcher at CIAT, told IPS.

The new findings would not have been possible without CIAT’s seed bank containing wild varieties and related species of the common bean.

Only 5 percent of the wild relatives of the world’s most important crops are properly stored and managed in the world’s seed banks, according a study published in March by the online journal Nature Plants.

Debouck says there is lack of education around food.

“We think we have food security but we are tremendously vulnerable. If the U.S. would experience drought and Europe would have excessive rains, we would all be in trouble,” Debouck said.

Agronomists used to act as a liaison between farmers and agricultural scientists. But during the last 20 years, many agronomists have disappeared and today mostly for-profit agribusiness firms reach out to farmers, according to Debouck. The companies are often interested in selling agrochemicals, he said.

Bean researcher Beebe pointed out that beans and other legumes are self-pollinated plants and seed need only be sold once.

“That is why the industry is not that interested in promoting them,” he told IPS.