Stories written by Keya Acharya
A journalist with over 20 years of experience in in-depth writing and researching environment and development issues in Asia, Africa, Europe and Latin America. Keya has travelled widely, covering assignments in various areas of the world. Her research has included climate change, urban solid waste management, rural alternative energy systems, implementation of laws on industrial hazardous wastes, human rights, ecotourism, wildlife issues, transgenic cotton, corruption and environment, population and gender, e-governance, agribiotech and forests and encroachments, among other topics. Keya is vice chair of the Forum of Environmental Journalists of India, and has organised several media-training workshops, convened international media meetings and undertaken media study tours. Keya has won several research and media fellowships and is the recipient of the Press Institute’s award for Excellence in Human Development Reporting; the Prem Bhatia Award for Environmental Reporting, and the Green Globe Foundation award for Outstanding Media Contribution by a Media Individual. Keya has also conducted development journalism studies as visiting faculty, chaired media and international conference panels, and edited ‘The Green Pen’, an anthology of essays on environmental journalism, the first of its kind in South Asia, featuring the region's most prominent and respected environmental journalists. | Web 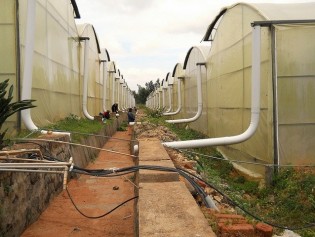 Italian Mafia Up To Dirty Business

By Keya Acharya
The beauty of the Bay of Naples under a setting sun, the romance of Sorrento and the scenic splendour of the Amalfi coastline pull thousands of visitors to southern Italy. But the region is also home to an ugly truth.

By Keya Acharya
In spite of India’s much-publicised national renewable energy policy as part of its international commitments to reduce carbon emissions, its Mid Day Meal (MDM) Scheme, the world’s largest school lunch programme, has no energy conservation or even a fuel policy in its workings.

By Keya Acharya
In a country notorious for the inability to deal with the waste it generates, municipal officials in the southern Indian state of Andhra Pradesh are now resorting to making waste management a competitive sport, in their bid to cajole the entire nation to clean up.

By Keya Acharya
India’s National Biodiversity Authority (NBA) is actively promoting decentralised grassroots livelihoods as the best way to  conserve biodiversity as mandated by the Nagoya Protocol on access and benefit sharing (ABS).

Microfinance Gets ‘Divine’ Intervention in India

By Keya Acharya
In a country with a disastrous record for microfinancing, a religious organisation has done well enough to claim this year’s Ashden award for initiatives in providing loans to poor farmers.

By Keya Acharya
Valli, 50, and Sarasu, 60, have been working with Energy Plantation Projects India (EPPI) since inception in 2007, the income they earn forming an integral part of their household budgets. "We easily manage household work and a salary-paying job," they tell IPS.

By Keya Acharya
Agriculture experts blame the crisis faced by India’s small farmers on a highly inefficient supply chain for perishable farm produce, a situation exploited by traders and middlemen.

By Keya Acharya
After pushing for financing adaptation at the just-concluded United Nations climate talks at Durban, India is hitting every button for aid in executing its low-carbon growth plans.

By Keya Acharya
Nepal’s joint forest management system has taken such deep roots that the country’s prolonged political instability has had little effect on it.

By Keya Acharya
Harish Hande believes that involving women in design, manufacture and sales pays dividends in any business, but especially in those making products that women ultimately use.

By Keya Acharya
Moves to enact a new law on animal welfare in India have upset public health advocates, who fear it will interfere with efforts to control rabies-carrying stray dogs.

INDIA: Some Brain Drains Back

By Keya Acharya
They were the face of India’s "brain drain" - the best and the brightest government-educated scholars who eventually left for foreign shores. Now, they have opted to give back as a gesture of thanks for the top-notch education they received.
Next Page »
ADVERTISEMENT ADVERTISEMENT