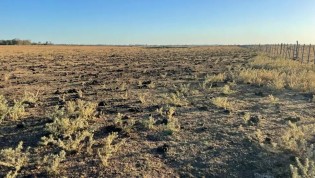 By Anwarul K. Chowdhury
As COP27 was coming to a close, the leader of the Youth Constayituency of UNFCCC declared in an emotion-choked voice that "Incredible young people from the global North and the global South are standing together in solidarity asking for action. We need to look for more than hope. We need those in power to actually listen and implement the solutions”.

By Anwarul K. Chowdhury
The African women and Girls were deeply concerned about the lack of commitment by UNFCCC Parties as climate change continues to impact negatively on the continent victimizing more women and girls.

By Anwarul K. Chowdhury
Three weeks have gone by since the much-ballyhooed mega-gathering of the 27th Conference of Parties (COP) to the UN Framework Convention on Climate Change (UNFCCC), generally known by its easy-to-say-and-remember title - COP27, concluded at the resort city Sharm El-Sheikh in Egypt.

By Armida Salsiah Alisjahbana
The recent climate talks in Egypt have left us with a sobering reality: The window for maintaining global warming to 1.5 degrees is closing fast and what is on the table currently is insufficient to avert some of the worst potential effects of climate change. The Nationally Determined Contribution targets of Asian and Pacific countries will result in a 16 per cent increase in greenhouse gas emissions by 2030 from the 2010 levels.
Next Page »
ADVERTISEMENT ADVERTISEMENT