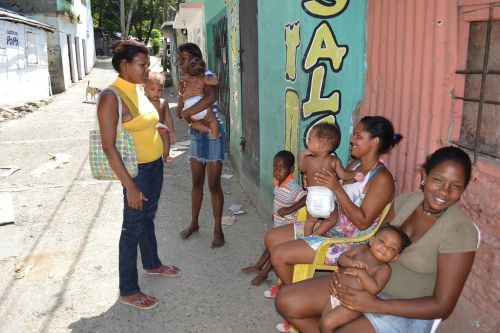 SANTO DOMINGO, Jun 29 2012 (IPS) - Incorporating a gender focus in public policies for confronting and adapting to the impacts of climate change is still a pending task in the Caribbean, despite women’s proven skills in risk and disaster management.

But they are also among the most vulnerable, as reflected by statistics on the victims of impacts of extreme weather events.

In Indonesia, Sri Lanka, and India, the Dec. 24, 2004 tsunami killed four times as many women as men in many areas, according to a survey by Oxfam. One reason for this was that women in those areas were often unable to swim or climb onto a roof or into a tree, which meant they couldn’t escape. Another reason was that they stayed in their homes to take care of their children and other relatives.

Experts agree that climate change will lead to more intense hurricanes and more frequent and severe drought and flooding. This threat to people’s lives and to food security makes it even more urgent to address risk management and adaptation to environmental changes with a gender perspective.

“To achieve this, a change of mentality, political will and accountability are necessary,” said the sociologist, who admitted that no clear progress has been made in this sense in the Dominican Republic or the rest of the Caribbean, an area that is especially vulnerable to extreme weather events.

Meyreles insisted that an effective gender focus must be based on the integration of women “in the mechanisms of disaster risk management and climate change adaptation,” which means taking into account the specific aspects of men and women involved in these processes.

In that sense, she added, what is needed is an analysis of the vulnerabilities of men and women with regard to climate change, and also of their capacities, to later incorporate that assessment in adaptation actions. “The question of differentiated access to natural resources and their use and conservation must be a central ingredient.”

She said “The diagnosis of the role of women and men in agriculture and food security, and management of the shoreline, forests, and water, is key for the policies that guide the processes of adaptation to have a gender perspective and to be able to create effective, inclusive and equitable mechanisms.”

With respect to the situation of women in the Dominican Republic in the face of the risk of disasters, the FLACSO expert said it is similar to that of the entire population of 10 million people in this Caribbean island nation, where a majority of the population lives in “urban areas highly vulnerable to hydrometeorological, seismic and other threats.”

“The fact that a large proportion of women are heads of households and live in the poorest parts of the country puts them in positions of greater vulnerability than many men,” she said.

One major risk that they face in disaster situations is “sexual and gender violence,” she pointed out.

Women also have specific capacities in the face of disasters, such as management and leadership skills in community networks and organisations, in-depth knowledge of the communities where they live, and the ability to manage situations involving health-related issues and emergencies, she said.

“A greater effort is needed for these roles also to imply addressing strategic gender needs of women in the context of disasters, to make it possible to talk about effective incorporation of a gender perspective in risk management and climate change adaptation,” Meyreles said.

Authorities in the Dominican Republic recognise that there is a proliferation of slums along riverbanks, a location that increases their vulnerability to climate change impacts like intense rain or flooding. The situation especially affects women.