OUAGADOUGOU, Jul 26 2012 (IPS) - Salou Bandé is proud to stand at the front of the only classroom in the village of Bénnogo, 90 kilometres north of the Burkina Faso capital, Ouagadougou, sharing his knowledge with his students. He is part of an initiative to improve education for nomadic children in the West African country.

Bandé’s slender build marks him out as a member of the nomadic Peul people, and he was one of the first teachers at the “School of the Shepherds”. This innovative educational institution takes in between 20 and 25 students each year, specifically targeting 12-year-olds who have never attended formal school.

“We start with a unit in Fulfulde (the local language) on malaria, then we continue with classes in history, geography, French language, and earth and life sciences – which covers livestock rearing, health, the environment and hygiene,” Bandé told IPS.

Bandé said he has 18 students in his class, including 11 girls. “They study as far as the Cours élémentaire 2ième année (the third year of primary school), then an exam administered by the Provincial Department of Basic Education allows the students to join formal school system. Our first cohort is now in its fifth year of high school.”

There are 300 students attending the unusual school in this region of the country.

According to Boubacar Barry, head of the education programme at the Association for the Promotion of Livestock Herding in the Sahel and the Savannah (APESS), putting children in formal school has a severe impact on a pastoral family’s livelihood.

Working alongside the Ministry of Education and Literacy in the north of the country where pastoralists make up 17 percent of the population, Andal et Pindal – a local association that has been instrumental in setting up the school for shepherds – conducted a study in 2003 which found that less than one percent of livestock herders’ children were enrolled in school.

The special school conducted its first classes that same year, welcoming students between nine and 15 years old in six counties of the northern province Sanmantenga. Of the 197 students in that first intake, 144 completed the four-year cycle and sat for a final exam.

This year, according to Mamadou Boly, a retired primary school inspector and president of “Andal et Pindal” (whose name means “knowledge and enlightenment” in Fulfulde), the shepherds’ school achieved an 85 percent success rate, and nearly two-thirds of students went directly into CM2, the final year of primary school. Several have gone on to secondary school and vocational training centres.

“We thought we were just training children from the cattle pens, but these children have left their settlements and are conquering the world,” said Boly. 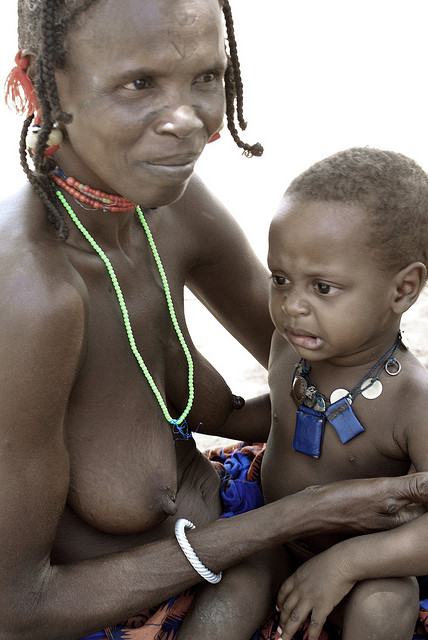 Burkina Faso is attempting improve education for the nomadic Peul children by forming a “School of the Shepherds”. Credit: Julius Cruickshank/CC BY 2.0

He told IPS the school was born out of concern by individuals in pastoralist communities: “People who had been to school, and who realised that their community was not progressing.”

Moussa Diallo, president of the parent’s group at the school, registered both his son and daughter at Bénnogo. “We’ve realised that there is no longer enough space for livestock and agriculture. So to succeed in these sectors, knowledge is needed,” he said. “We can see the difference with those who have not gone to school.”

Boly agreed. “The kids say they don’t want to go to formal school, but it’s essential. So we have framed the standard curriculum with an accent on pastoralism, on earth and life sciences, health and hygiene,” he told IPS.

“It’s the management of time and space that’s different. It’s always the community itself that decides at what time each school opens and closes. When the students get out early, they can go water the animals and help their parents.”

In addition, the school is not in session at all from May to December, leaving students free to take part in the annual migration with the herds in search of pasture.

With the school in Bénnogo well established, further classrooms have been opened in six other villages in the region. With support from the Education Ministry and foreign partners, 15 more schools are expected to open in the 2012-2013 school year in the eastern and south-central regions (where rates of literacy and school attendance are lowest).

“The relevance of Andal et Pindal’s work lies in its focus on a very specific group which must be educated in its real context if we want to provide an adequate education which responds to the specific needs of its intended beneficiaries,” explained Rémy Abou, director general for basic education and non-formal education at the ministry for education. His department has helped the association design programmes and provided it with learning materials.

“We appreciate what this association is doing, because the government can’t do everything – especially when it comes to non-formal education where there is such a wide range of different needs,” said Abou.

“What the shepherd school has achieved is a precious safeguarding of the pursuit of education amongst people for whom education was not a priority,” said Barry from APESS.