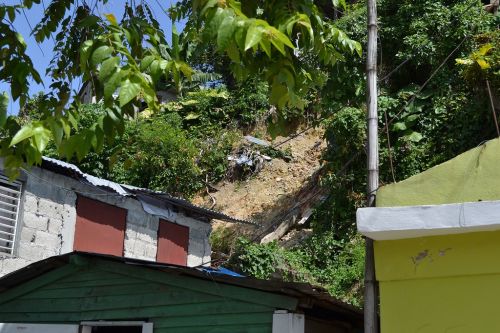 SANTO DOMINGO, Aug 3 2012 (IPS) - One of the major difficulties to overcome in climate change adaptation policies in the Dominican Republic is society’s low awareness of the risks, even though this Caribbean island nation is seriously exposed to the impacts of the phenomenon.

The probable consequences of climate change for the Dominican Republic range from the loss of 14 percent of the country’s territory by 2100 and the salinisation of half of its aquifers, to more intense natural catastrophes like hurricanes and unusual rainfall patterns.

“This is why one of the main focuses of our work is to try to sensitise people about the issue, to get them to understand how much they could lose due to this problem,” the projects coordinator at the Dominican Institute for Integral Development (IDDI),
Evaydee Pérez, told IPS.

She said risk perception among Dominicans is low. That is also true for those involved in the tourism business, she added, pointing out that the rule for building hotels at least 60 metres from the coast is not always respected.

And awareness remains low, she said, despite the risk of salinisation, which is already affecting the water supplies of hotels that depend on the millions of tourists who visit the country every year.

The expert said there is still a tendency to see climate change as a problem of the future. Nor do people realise that it is not only an environmental issue, but also an economic and social concern, she added. “Many people don’t understand this, and see it as a myth, an excuse,” she said.

A Gallup poll commissioned by the government found that climate change was the fifth most pressing concern among the Dominicans surveyed, and that the population had very little knowledge about the causes of the phenomenon.

The IDDI, a non-profit institution created in 1984 to help fight poverty in both rural and urban areas, sponsors several projects designed to foment understanding and promote climate change adaptation measures in the most vulnerable communities.

The institute is part of Climacción, a Dominican initiative that brings together individuals, organisations, companies and academic institutions in a movement that generates ideas and actions mainly aimed at raising awareness on and researching climate change.

After clarifying that the idea is to complement government efforts, Pérez said public policies would be more efficient if the local population participated. “For example, it is important for women to talk about how they are affected by climate change, and what can be done. They are hit harder by the effects of this problem,” she said.

In the La Barquita de Los Mina neighbourhoods, one of many that stretch along the Ozama River in Santo Domingo, Eridania Rosario is one of the women who do not seem to be daunted by the rigours of the climate – even though on more than one occasion, her house has been almost completely covered with water when the river flooded.

“If you ask 50 people from La Barquita, they will all say the same thing. Our main problem here is the river, which overflows its banks when it rains a lot,” she told IPS. As the president of the neighbourhood association, Rosario is more informed than most local people, and believes the rains have become more intense as a result of climate change.

Other people told IPS they did not know why the Ozama River kept flooding, and said they built their humble shacks there, defying the danger, because they had nowhere else to live. “Without a doubt, these sectors are the most vulnerable to climate change,” Pérez said.

Some 30 organisations in the capital joined together in May in the “community network for adaptation to climate change”, to come up with joint actions, especially in the city’s most vulnerable communities, which are home to some 400,000 people, according to Pérez’s estimates.

The network was created through an IDDI project to promote education and communication. “We talk about the issue in plain language, because one of the hurdles to eliminating barriers is that information on climate change is still couched in scientific terms, and the message doesn’t reach the public,” she said.

A study that the IDDI published in July states that 13 of the country’s 31 provinces face high or very high vulnerability to climate change, including Santo Domingo, the country’s industrial and economic hub, as well as provinces along the border with Haiti. (The Dominican Republic covers two-thirds of the island of Hispaniola, and Haiti makes up the remaining portion.)

The study says that one of the top priorities is capacity-building to raise the level of awareness of the local population on the risks they face. “There are many families who live in those areas as if they had adapted to the danger,” said Luis Alejo, coordinator of the IDDI risk management group.

The strategy followed by his unit in communities at risk of natural disasters is to sensitise people about the dangers to which they are exposed, while strengthening local capacities of prevention, mitigation and response to extreme weather events.

“There is a national system that includes municipal prevention committees, but they have to be rooted in, and accompanied by, the grassroots level. Neighbourhood organisations and associations, clubs and churches must be included in the process of training, capacity-building and coordination,” Alejo told IPS.

The support includes supplying the tools for local residents to act in an organised manner in case of floods, landslides or other emergencies, such as loudspeakers, generators, radio equipment, shovels, wheelbarrows, flashlights and other elements.