NORTHAMPTON, U.S., Dec 18 2012 (IPS) - Soon after President Barack Obama was elected in 2008, hundreds of leaders of the global medical community wrote an open letter to him, and to newly elected Russian President Dmitry Medvedev, urging them to make the abolition of nuclear weapons their highest priority: 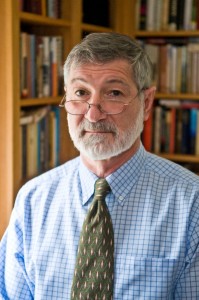 “You face many urgent crises at this difficult moment, but they all pale in comparison to the need to prevent nuclear war. A thousand years from now no one will remember most of what you will do over the next few years; but no one will ever forget the leaders who abolished the threat of nuclear war…Please do not fail us.”

Unfortunately, as we feared, the demands of the economic crisis crowded out other issues and, so far, the leaders of Russia and the United States have failed us. The re-election of Obama offers him a new chance to move the world down the path to nuclear disarmament. It is an opportunity that must not be wasted.

Since 2008, we have gained a fuller understanding of the dangers posed by nuclear weapons. For decades we have known that a large-scale war between the U.S. and Russia would have catastrophic humanitarian consequences for the whole world.

We now understand that even a much more “limited”, regional nuclear war, as might take place in South Asia, would also pose a threat to all of humanity. Studies by Alan Robock, Owen Brian Toon, and their colleagues have looked at a scenario in which  India and Pakistan each use 50 Hiroshima sized bombs – only 0.4 percent of the world’s nuclear arsenal of more than 25,000 warheads ­ against urban targets in the other country. The consequences would be beyond our comprehension.

The explosions, firestorms and radiation would kill 20 million people over the first week. But the worldwide consequences would be even more catastrophic. The firestorms would loft five million tonnes of soot into the upper atmosphere, blocking out sunlight and reducing temperatures around the world by an average of 1.3 degrees Celsius for an entire decade. This sudden drop in temperature, and the resulting decline in precipitation and shortening of the growing season, would cut food production in areas far removed from South Asia.

According to a study by Mutlu Ozdogan, U.S. corn production would fall an average of 12 percent for an entire decade. A study by Lili Xia has shown that Chinese middle season rice would decline15 percent over a full decade. Recent preliminary studies have shown even larger shortfalls for other grains.

The world is not prepared to deal with a decline in food production of this magnitude. World grain reserves currently equal less than three months’ consumption and would provide an inadequate buffer against these shortfalls. Further, according to the most recent data from the United Nations, there are currently more than 870 million people in the world who are malnourished. An additional 300 million people receive adequate nutrition today but live in countries that import much of their food. All of these people, more than one billion in all, would be at risk of starvation in the aftermath of this “limited” war.

A large-scale war between the U.S. and Russia would be even more catastrophic. Hundreds of millions of people would be killed directly; the indirect climate effects would be even greater. Global temperatures would drop an average of eight degrees Celsius, and more than 20 degrees Celsius in the interior of North America and Eurasia. In the Northern Hemisphere, there would be three years without a single day free of frost. Food production would stop and the vast majority of the human race would starve.

Since the end of the Cold War we have acted as though this kind of war simply can’t happen. But it can: the two nuclear superpowers still have nearly 20,000 nuclear warheads; more than two thousand of them are maintained on missiles that can be fired in less than 15 minutes, destroying the cities of the other power 30 minutes later.

As long as the U.S. and Russia maintain these vast arsenals there remains the very real danger that they will be used, either intentionally or by accident. We know of at least five occasions since 1979 when one or the other of the superpowers prepared to launch a nuclear attack on the other country in the mistaken belief that they themselves were under attack. The most recent of these events was in January 1995. The conditions that existed then, which brought us within minutes of a nuclear war, have not significantly changed today. The next time an accident takes place, we may not be so lucky.

Recognising this great danger, 35 nations joined in a new call for the elimination of all nuclear weapons at the United Nations this October. The International Red Cross/Red Crescent Movement has also called for the abolition of nuclear weapons. In March 2013, the Norwegian government will convene a meeting of all state parties to the Non Proliferation Treaty to discuss the humanitarian consequences of nuclear war.

The U.S. and Russia should embrace these initiatives and lead the way in negotiating a verifiable, enforceable treaty that eliminates nuclear weapons. These negotiations will not be easy, but the alternative is unthinkable. We cannot count on good luck as the basis of global security policy. If we do not abolish these weapons, someday our luck will run out, they will be used, and everything that we cherish will be destroyed. The stakes could not be higher. (END/COPYRIGHT IPS)

* Ira Helfand is co-president of International Physicians for the Prevention of Nuclear War and recipient of the 1985 Nobel Peace Prize.