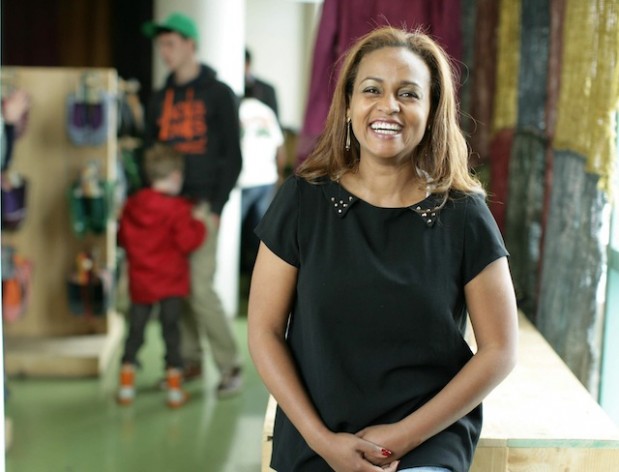 ADDIS ABABA , Jan 1 2013 (IPS) - Innovative Ethiopian footwear manufacturer Sole Rebels will open its second retail outlet in Taiwan this year. With ambitions to open 30 more franchise stores across the world in countries like the United States, Australia, Italy and Japan, Sole Rebels, the largest African footwear brand, is now fast becoming a global competitive brand.
The company currently sells its innovative range of artisan shoes made from recycled materials in 55 countries and is now one of Ethiopia’s thriving businesses with a major presence on e-commerce sites such as Amazon. Its success reflects this Horn of Africa nation’s growing footwear-manufacturing industry as Chinese businesses are increasingly investing in the sector here.

The International Monetary Fund (IMF) reported that Ethiopia’s economy grew at a rate of 7.5 percent in 2011. This second-most populated country in Africa has been one of the fastest growing, non-oil producing economies in Africa in recent years, according to the World Bank.

The country’s export earnings increased by 15 percent to 3.2 billion dollars between 2010 and 2011, according to the Ministry of Trade and Industry of Ethiopia. The government aims to double exports as a share of economic output by 2015 with a much bigger contribution coming from the sale of minerals and manufactured goods.

Owusu said Ethiopia’s booming private sector would help the country continue with its growth trajectory and this should translate into poverty reduction and national development.

“Locally-grown private enterprises will be a foundation from which Ethiopia can consolidate the strong overall growth exhibited over the last decade, and to achieve the bold transformative vision that the country has set itself to become a middle-income country by the year 2025,” Owusu said.

Chinese manufacturers, particularly footwear manufacturers, are now starting to relocate production facilities to Ethiopia to escape rising production costs at home, but also because Ethiopia has one of the largest livestock industries in Africa to supply leather to producers.