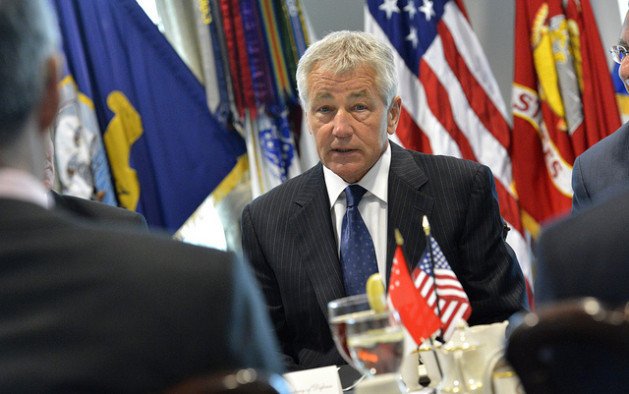 The move comes in direct response to a major recent scandal. Last month, a three-star lieutenant-general overturned the November conviction of a lieutenant-colonel for aggravated sexual assault involving a civilian employee at a NATO air base in Italy.

There are thousands of victims in the department, male and female, whose lives and careers have been upended, and that is unacceptable.

The general, Craig Franklin, had not participated in the trial and gave no explanation for his decision to overturn the conviction and one-year sentence. Thereafter, the accused, Lieutenant-Colonel James Wilkerson, was reportedly released from prison and put back on active duty.

The case enraged Pentagon officials, politicians and the public alike, but effectively highlighted the decision’s legality under current military law. Not only does Article 60 of the Uniform Code of Military Justice (UCMJ) allow high-ranking officers to lessen or eliminate punishment following court-martial decisions, but it also precludes the possibility of any appeal.

Though the Department of Defence says that guilty verdicts are overturned in only around one percent of cases, sentences are reportedly modified far more often.

Shortly after he took over as secretary of defence, Hagel ordered an inquiry into the issue. On Monday, he announced that he would be forwarding proposed legislation to the U.S. Congress that would make two changes to Article 60.

“First, eliminating the discretion for a [commander] to change the findings of a court-martial, except for certain minor offenses,” Hagel explained, admitting that the proposal would not completely do away with these powers.

Hagel noted that the proposed changes have the “full support” of the Joint Chiefs of Staff, the heads of each of the major arms of the U.S. military.

“This is the beginning of a long process to ensure that victims of military sexual assault – whether they are women or men – get justice,” Barbara Boxer, a senator from California, said following Hagel’s announcement. Several legislative proposals to tweak Article 60 are already underway.

While the new regulations, if passed by Congress, would affect all types of major infractions, both the timing and the content of Hagel’s remarks make clear that the focus is on a current spate of assaults within the armed forces. The U.S. military is in the midst of what has been widely described as a sexual assault epidemic, reeling from what was estimated in 2012 by top Pentagon officials to be some 19,000 cases per year.

Relatively few of those are actually reported. However, even of those that are reported, recent studies have found that less than 10 percent of the accused are actually held accountable.

“[I]t is clear the Department [of Defence] still has much more work to do to fully address the problem of sexual assault in the ranks – this crime is damaging this institution,” Hagel said Monday.

“There are thousands of victims in the department, male and female, whose lives and careers have been upended, and that is unacceptable. The current situation should offend every single service member and civilian.”

The UCMJ was created around the same time as the founding of the United States, and part of the rationale for Article 60 was both to encourage plea bargains and to allow for an appeals process that otherwise did not exist. Yet a senior defence official here on Monday told reporters that “the world had changed”.

Indeed, while the U.S. system was originally based on the United Kingdom’s, the latter’s was changed in the mid-1990s after the European Court of Human Rights found it gave too much power to top commanders. Canada, Israel and New Zealand have reportedly made similar decisions.

Advocates and campaigners are applauding Hagel’s move. Yet many are also stepping up calls for the Pentagon to make more substantive changes, particularly to deal with what some have called systemic bias within the military against victims of sexual assault.

“Defence Secretary Hagel’s move toward disallowing generals to overturn convictions within the military is a step in the right direction, but only one step,” Helen Benedict, a journalism professor at Columbia University and the author of “The Lonely Soldier”, on the experiences of U.S. women soldiers in Iraq, told IPS.

“He still needs to end the inherent conflict of interest built into the military criminal justice system by taking the decisions to investigate and prosecute those accused of sexual assault out of military hands altogether.”

A group working on the issue of military rape, the Service Women’s Action Network (SWAN), commended the proposed changes, noting the proposal is encouraging in the aftermath of the “travesty of justice” surrounding the Wilkerson case.

“However, post-trial review is only one component of the command-driven system that currently governs how military crimes are handled,” Anu Bhagwati, SWAN executive director and a former Marine Corps captain, said in a statement sent to IPS.

“Unless pre-trial decision-making around investigation and prosecution of offenses is also removed from the hands of commanders and given to impartial prosecutors, military criminal justice will remain a lesser form of justice, both for victims and defendants.”

Hagel appears to be aware that additional reform measures will be necessary, noting Monday that he will soon announce new actions to strengthen the Pentagon’s “prevention and response efforts”.

He also unveiled the formation of several new independent panels that will be tasked with reviewing “the systems used to investigate, prosecute and adjudicate crimes involving sexual assault, and judicial proceedings of sexual assault cases.”