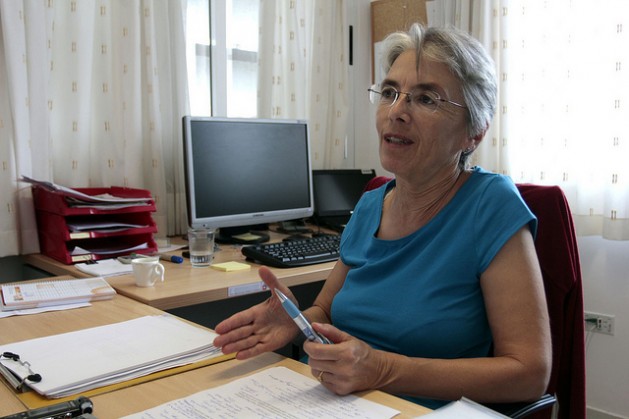 HAVANA, Jul 23 2013 (IPS) - “The basic objective of the Swiss Agency for Development and Cooperation (SDC) is people’s welfare, and I think that in this we have many affinities with what the Cuban government wants,” Regula Bäbler told IPS.

The SDC, which has been operating in Cuba for over a decade, provides cooperation in social and economic areas through development programmes in areas ranging from food security and climate change to housing, bioenergy and gender equality.

Globally, the SDC’s main focus in the 2013-2016 period will be on five programmes, in the areas of climate change, water, food security, health and migration.

“We work on these matters both globally and regionally, like for example adaptation to climate change in this region,” said Bäbler, who at the end of her mission in Havana summed up the SDC’s priorities, at the global and regional level, and in the case of Cuba in particular, in this interview with IPS.

Q: What is the result of the SDC’s cooperation with Cuba in the area of climate change, and what challenges will be faced over the next few years?

A: The framework for cooperation with Cuba for the 2011-2014 period is not explicit about this issue. However, in early 2011 the Swiss parliament approved extra financing for projects dedicated to climate change adaptation. That provided an important boost for Switzerland’s cooperation in all countries.

Thanks to counterparts who had already taken steps forward in this matter, we managed to support three projects. One was from the IPS (Inter Press Service) news agency, which approaches the problem from the media with a regional focus, called “Retos de la naturaleza: Cambio climático, mitigación y adaptación en el Gran Caribe” (Challenges of Nature: Climate Change, Mitigation and Adaptation in the Greater Caribbean).

In the concrete case of Cuba, another of these programmes made it possible for the city historian’s office to study climate change threats to the ‘malecón’ (seaside avenue), which stretches along several kilometres of the coastline in Havana.

And a third project involved a Habitat programme, to raise people’s awareness on climate change threats and how to adapt.

Q: The BASAL (Environmental Bases for Local Food Sustainability) project was the last one that the SDC financed in conjunction with the European Union. What aim does this programme have?

A: It’s a very ambitious project, and at the same time very simple, because it tries to get farmers to continue obtaining fruits from their labour despite climate change. Perhaps their yields will increase or improve, but the main objective is to maintain what farmers have now.

For now it covers three municipalities, although the idea is to extend it to 30. A central issue in this project is improving information on the changes underway and on how to adapt agricultural production to problems like the salinisation of soil, drought, or intense and unseasonal rainfall or more intense hurricanes.

Q: What sectors does the SDC’s cooperation target, in social matters?

A: In general, we think it’s necessary to uphold and ensure equality. It’s well-known that everyone has access to healthcare, education and the basics necessary for life (in Cuba). But we also observed – and we are not the only ones – that the changes proposed by the government itself could give rise to inequalities.

We feel a commitment to the people and groups who would be left at a disadvantage because they are not well-prepared to take advantage of the changes. In this sense, we support the municipalities in different projects so they will have the capacity to discover and open up possibilities for these sectors.

All of this without forgetting about gender equality, which for the SDC is an essential cross-cutting issue – in other words, every project must take into consideration how men and women will be affected, while working to ensure equal benefits.

This work also incorporates issues like the questions of masculinity and gender violence.

Q: What challenges has the process of updating the economic model, currently being carried out by the Cuban government, posed for international cooperation?

A: The work of cooperation is to support changes to improve people’s living conditions. For me it is clear that the Cuban government also wants that. In that sense, the process of updating the economy is welcome, and we want to support it.

We also know that these processes are complicated and require a great deal of adaptation and reorganisation by the institutions.

I understand that the country needs heavy financial investment, which doesn’t come from donors. But the bodies we work with think international cooperation brings ideas and impetus that are also important. Perhaps this would be a good foundation for dialogue with high-level government representatives.