Thou Shalt Not Eat Meat… On Mondays At Least

The Meatless Monday movement aims to change eating habits to help combat the alarmingly high rates of obesity in Mexico. 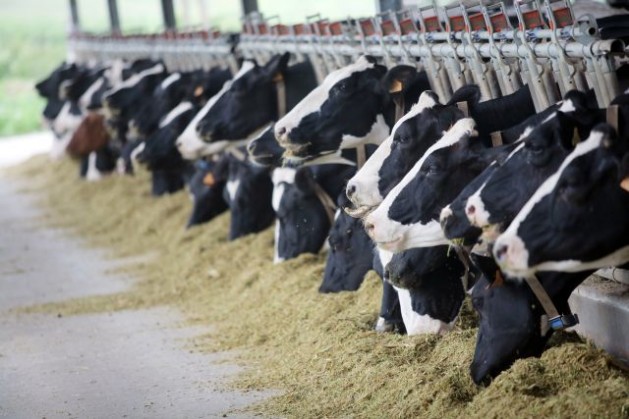 MEXICO CITY, Jul 24 2013 (IPS) - Nutritionists are promoting an 11th commandment in Mexico: “Thou shalt not eat meat… at least one day a week.”

It is a modest goal in an increasingly carnivorous world, promoted by the Meatless Monday movement that was revived in the United States in 2003 and is slowly spreading to Latin America, with branches in Mexico, Panama and Brazil.

“It’s a tool to invite people to take a simple step to vary their diet and decrease their meat consumption,” Ana Arizmendi, the president of the Mexican branch of Meatless Monday, told Tierramérica.

“And it has come at a very important juncture in time: the country is facing a public health crisis, and individuals as well as political and private entities are very receptive to embracing healthy alternatives,” she added.

The health crisis is obesity.

The adult obesity rate is 32.8 percent, according to the FAO report, and more than 30 percent of children between five and 11 years of age are overweight or obese, according to the 2012 National Health and Nutrition Survey. At least 6.4 million Mexicans suffer from diabetes.

“There are many factors that contribute to obesity. One solution is to adopt a much more balanced diet and reduce our consumption of meat and processed meats,” said Arizmendi, a nutritionist trained at the University of León, Spain and coordinator of the Meatless Monday initiative in Mexico since 2011.

This initiative actually dates all the way back to the First World War (1914-1919), when the U.S. government urged citizens to reduce their consumption of staple foods in order to aid the war effort and introduced “Meatless Monday” and “Wheatless Wednesday”.

Meatless Monday was revived in 2003 by former ad man Sid Lerner, in association with the Center for a Livable Future at Johns Hopkins University.

The campaign advocates eating less red meat as a way to lower the risks of diabetes, high blood pressure, cancer and cardiovascular disease, as well as reducing the environmental impacts of intensive livestock farming.

The water needs of livestock are far greater than those of vegetables or grains, and meat production also involves significant consumption of fossil fuel energy.

What is needed, García told Tierramérica, is a return to the traditional Mexican diet, “high in fibre, vitamins and proteins, and plain drinking water.”

El Poder del Consumidor is one of 22 member organisations of the Alliance for Food Health, which has launched a campaign against the excessive consumption of carbonated soft drinks called “Would You Eat 12 Spoonfuls of Sugar?”

Public health care spending on treatment for diabetes in Mexico totalled more than 3.87 billion dollars in 2012, according to estimates from the National Health and Nutrition Survey.

But changing habits is not easy.

“There isn’t one single way of eating. Our responsibility is to find one that keeps us healthy,” commented Arizmendi, whose patients are mainly women between the ages of 25 and 45.

This year, Meatless Monday is planning a major awareness-raising campaign over the internet and social networks, along with training for promoters and courses and workshops in schools and workplace cafeterias.

“We still haven’t managed to get a local government to commit to Meatless Monday, but we are working on spreading awareness at the local level and in companies and schools. It’s something new, and there is a lot of ground to cover,” said Arizmendi, who describes herself as “omnivorous”.

In the United States, the Meatless Monday initiative is organising a campaign targeting the Hispanic community, which has largely adopted the bad eating habits of the United States with a diet high in fat, salt, sugar and starch.

The same phenomenon can be observed on this side of the border.

As the average income of Mexican households has improved over the last two decades, there has been an increase in meat consumption, a symbol of higher social standing.

In 1970, average meat consumption was 23 kilos per person annually. By 1990, it had risen to 34 kilos, and today it is 63 kilos, according to figures from the Agriculture and Fisheries Information Service.

Poultry is the most popular meat in the Mexican diet, at 29.5 kilos per person per year, followed by beef at 17.4 kilos and pork at 15 kilos.

In Latin America, Uruguay leads the pack in meat eating, with an average consumption of 98 kilos per person annually, followed by Argentina, with 96.9 kilos, Brazil, with 85.3, and Chile, with 73.9.

But the wide variety of Mexican cuisine offers a huge range of tasty and nutritious alternatives.

“You can mix grains and legumes. For example, the proteins in corn tortillas and beans complement each other and increase their protein value. It’s important to maintain protein consumption to avoid a deficiency, and vegetable protein offers the most benefits,” explained García.

A large number of celebrities have endorsed Meatless Monday, which has now spread to more than 23 countries, and a number of cities have adopted the initiative in hospitals, schools, offices and restaurants.

The Mexican government is preparing a policy to specifically address obesity, which will include food regulation measures.