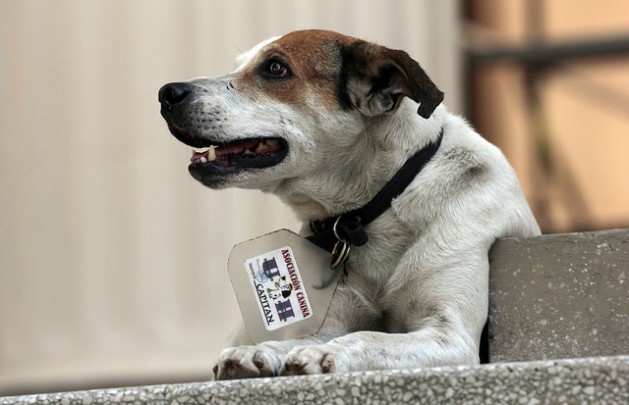 HAVANA, Sep 2 2013 (IPS) - The stray cat’s fur was burned and its eyes were hanging from its sockets when pensioner Neida González found it on a street in the Cuban capital. The cat, which she named Grenlito, now lives with her eight other pets.

“I’ve lost count of all the animals I’ve saved. I also feed 16 cats that live in the garage of my apartment building,” González told IPS. From a young age, she has been taking in dogs and other stray animals, and helping to organise massive citizens’ campaigns for spaying, neutering and worming.

“Over the years, networks have formed of people devoted to the protection of animals. We keep each other up-to-date on veterinary campaigns and help each other with food and medicine,” she said.

Nongovernmental organisations, community projects, and people with no particular affiliation are now part of a movement that helps animals in a country where no shelters exist to facilitate adoptions of stray cats and dogs.

“A source of financing needs to be found for an animal shelter,” Nora García, president of the nongovernmental Cuban Association for the Protection of Animals and Plants (ANIPLANT), told IPS.

“However, the solution needs to be more comprehensive and must include a programme of massive sterilisation of both male and female animals,” she added. “We advocate the prevention of undesired animal births, instead of killing dogs and cats that nobody wants.”

Her group has championed and put into practice this idea since 1992.

In 2012, ANIPLANT neutered more than 4,000 animals (both paid and free of charge), mostly in the capital and in the provinces of Holguín, Artemisa, Matanzas, Camagüey and the Isla de la Juventud island, where the group also has members. Other groups, such as the Cuban Association of Cat Lovers, also carry out free health campaigns.

Government vehicles regularly pick up stray dogs and aggressive dogs to prevent the spread of diseases like rabies, which can be deadly for humans. The animal health authorities take them to dog pounds, where they are put to sleep if nobody claims them within a given period.

Stray animals, especially puppies, are often used to train or simply entertain dogs used in dog fighting. Underground dog fights, which have fans in outlying urban and rural areas, are associated with illegal gambling, which is punishable by fines or two to three years in prison.

Animals on the streets are also at risk of being hit by cars, and they often suffer from cruelty, as well as untreated diseases, which make them a public health threat.

“Animals are mistreated, both consciously and unconsciously. That is why we emphasise the education factor, and the need to raise children and adolescents to take care of and love animals. We promote effective protection, which goes beyond feeding and includes aspects such as vaccination and spaying/neutering,” García said.

However, the activists are working in a legal vacuum, as the few regulations that exist in Cuba apply to draught animals.

Because of that situation, since 1988 ANIPLANT has been systematically introducing a draft law for the protection of animals to the Ministry of Agriculture, she said.

The most recent proposal was presented in 2007, with the support of the nongovernmental Veterinary Science Council.

The proposed law would penalise abandonment, irresponsible ownership, and the use of painful methods for putting down dogs at shelters and for killing animals at slaughterhouses, García said.

In Neida González’s opinion, a law specifically addressing these questions would make it possible to counter “a lack of understanding among human beings.”

Despite the work of these organisations and the “invisible army,” as García refers to the network of animal rescuers, much remains to be done, especially outside of Havana.

“When people abandon animals or fail to control their reproduction, the number of stray animals grows,” she said.

Rosario Tio, a resident of the Havana municipality of Cerro, beefs up the diet of her German shepherd, Chagui, with leftovers donated by her neighbours. “My finances took a turn for the worse. I can’t always buy him meat or pay for vaccines, which are only sold in CUC,” she told IPS. Not everyone in Cuba has access to CUCs, the Cuban currency in circulation in place of the dollar.

For years, the OHC has been trying to create a shelter where people can adopt dogs. It has also allowed city museums and gardens to take in stray animals.

Many of these dogs stroll through Old Havana wearing collars and tags with their photo and name, and the name of the animal protection organisation that sponsors them.

The Casa de la Obrapía museum has had Canela, a dog, and Junípero, a cat, for eight and two years, respectively. “We feed them and give them veterinary care. They are also an attraction, because visitors are surprised to find them here,” museum director Janet Quiroga told IPS.

The City Animals Protection project has a Facebook page, PAC-Cuba, where it describes itself as “a group of people who work to reduce the number of animals living on the streets of Havana.”